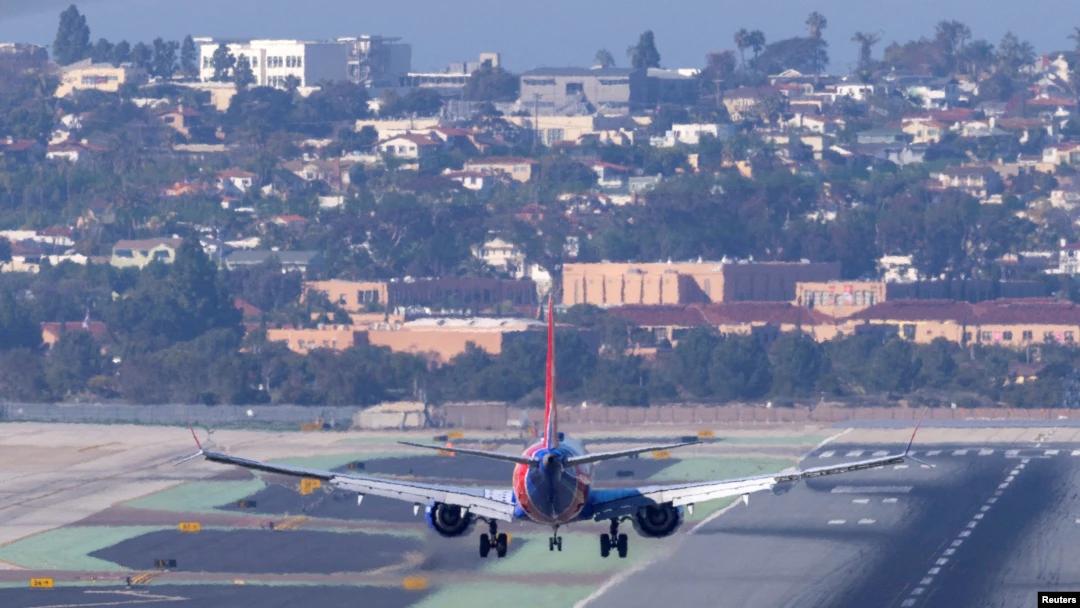 American Airlines warned of “significant operational disruption” just before two of the country’s largest cellphone network providers, AT&T and Verizon, agreed to delay the rollout of expanded 5G service Tuesday amid an outcry from the aviation industry.

Just a day before rolling out expanded service, Dallas-based AT&T and New York-based Verizon agreed to temporarily throttle 5G networks around airports nationwide after dire warnings from airlines, but the decision only delays another inevitable fight over the valuable airwaves if the two sides can’t come to an agreement soon.

The fight, more than two years in the making, has pitted telecommunications companies against airlines over the coveted C-band spectrum that cellular providers paid more than $80 billion to access. Airlines say the companies’ use of the frequencies poses a threat to sensitive aircraft equipment that operates in nearby ranges.

Dubai-based airline Emirates said it would suspend flights to DFW International Airport and eight other airports amid the growing fight over the expansion of 5G telecommunication services in the United States. Emirates, which flies daily between DFW and Dubai in the United Arab Emirates suspended all flights starting Wednesday to DFW, Boston, Chicago, Houston, Miami, Newark, Orlando, San Francisco and Seattle, while keeping flights to New York, Los Angeles and Washington, D.C.
By Kyle Arnold

AT&T made it clear the truce could only be temporary.

“At our sole discretion, we have voluntarily agreed to temporarily defer turning on a limited number of towers around certain airport runways as we continue to work with the aviation industry and the FAA to provide further information about our 5G deployment, since they have not utilized the two years they’ve had to responsibly plan for this deployment,” AT&T spokeswoman Megan Ketterer said in a statement.

Ketterer said the company is “frustrated by the FAA’s inability to do what nearly 40 countries have done, which is to safely deploy 5G technology without disrupting aviation services.”

Even before the expansion of 5G into the C-band spectrum, the pending changes are already causing airlines to cut service to North Texas and prompting aviation regulators to limit flying. Dubai-based airline Emirates announced Tuesday that it was suspending service to nine U.S. airports, including DFW, over the 5G concerns.

The Federal Aviation Administration has limited automated landing features for aircraft flying into 100 airports where the 5G expansion is set to occur, including DFW International Airport and Dallas Love Field, and the FAA has also only given permission for about half of the industry’s airplanes to land in low-visibility conditions at those airports.

“We’re still working through the total impact this will have on our operation,” American Airlines chief operating officer David Seymour said in a memo to employees Tuesday. “Until a long-term technical solution is developed and implemented and as long as 5G is deployed, we anticipate we’ll experience delays, diversions and cancellations that are well beyond our control.”

Japan Airlines and All Nippon Airways, also out of Japan, also cut service to the United States, reportedly after warnings from Boeing about its widebody 777 aircraft and interference from 5G networks. All Nippon said Tuesday that it was reconsidering its cuts after the announced delays by Verizon and AT&T. Boeing did not respond to a request for comment.

“Boeing has notified us that 5G signals for U.S. mobile phones, which will begin operating in the U.S. on January 19, 2022, may interfere with the radio wave altimeter installed on the Boeing 777,” Japan Airlines said in a statement. “We have therefore decided not to use this aircraft-type on the U.S. mainland routes until safety is confirmed.”

The federal government auctioned the C-band spectrum to cellular service providers a year ago and companies such as AT&T, which paid $27.4 billion for a share, are spending billions more to expand 5G internet across the country in cities such as Dallas.

The aviation industry is requesting that AT&T and other companies reduce the power of cell towers around airports, point antennas downward and put a 5G buffer up to two miles around airports, the kinds of limitations set in other countries such as Canada, Japan and France.

But for cities with urban airports, such as Dallas Love Field and DFW International, that could limit service to hundreds of thousands of customers just as providers are trying to ramp up the faster network.

“The frequency bands that are already in use are getting congested,” Gursoy said. “And there is a push toward more users, more coverage to support autonomous vehicles, drones, the internet of things connecting everything.”

Satellites and astronomical equipment could also suffer from the 5G rollout, but the stakes aren’t as high as an airplane coming in for a landing with 175 passengers, he said.

In theory, there is a wide enough buffer in the spectrum for aviation to coexist with cellular network providers. But there is a worry about mixing such a widespread expansion all at once with the high stakes of flying commercial airplanes, Gursoy said.

FAA and industry commissioned studies have highlighted that expanding 5G into the contested frequencies could possibly interfere with equipment such as altimeters, which measure altitude for aircraft. That would make computer-controlled and low-visibility landings more difficult. The airline industry says it could result in 345,000 delays or cancellations and $1.59 billion in costs.

The cellular industry counters that there is no evidence of 5G networks interfering with aircraft sensors in a real-world setting, particularly in countries that have already expanded into the contested frequencies.

“To see how this actually works, you have to have the systems up and running,” Gursoy said. “Of course, safety is a top concern, and the aviation industry doesn’t want to take any risks.”

By Kyle Arnold
Tags:  what frequency do drones use