Why Chinese Internet giants race to dive into car business 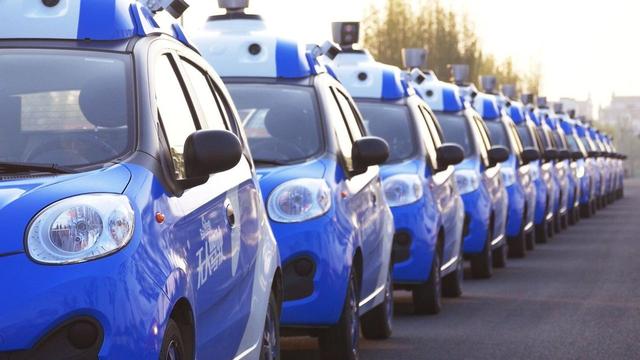 Shanghai (Gasgoo)- In China's electric vehicle (EV) sector, there have already been many players including such NEV-focused startups as NIO, XPeng, and Li Auto, as well as the traditional automakers who are eager to lead the development trend of electrification, such as BYD, SAIC Motor, Geely, BMW, and Mercedes-Benz. But now, the competition is getting fiercer as a growing number of Internet giants have joined the EV race.

On January 10, 2021, Chinese search engine giant Baidu announced it planned to establish a company to produce intelligent EVs, and it had formed a strategic partnership with Zhejiang Geely Holding Group, which would contribute its expertise in automobile design and manufacturing.

The joint venture between Baidu and Geely is named JiDU Auto and was founded on March 2, 2021. According to Xia Yiping, CEO of JiDU Auto, the concept of JiDU's first vehicle will be unveiled at the Auto China 2022 in Beijing and the mass-produced version is expected for delivery in 2023.

Xiaomi, the Chinese smart phone and IoT giant, confirmed its foray into EV sphere on March 30. The company plans to invest about $10 billion over the next decade in manufacturing EVs, and Lei Jun, Xiaomi's chairman and CEO, will lead the new standalone EV division.

Qihoo 360, the largest provider of Internet and mobile security products in China, has also announced its EV plan in collaboration with startup HOZON Auto. It leads the series A financing round of HOZON Auto and is expected to be the latter's second largest shareholder.

Zhou Hongyi, chairman and CEO of Qihoo 360, said the vehicles co-developed with HOZON Auto may be priced around 100,000 yuan ($15,660) per car, which is affordable to the general public.

Although Huawei has reiterated many times its resolution not to build cars, it teamed up with ARCFOX, the premium car brand of BAIC BJEV, to launch ARCFOX αS ·HI in April, the first production vehicle to adopt the HI (Huawei Inside) solution for self-driving cars. Besides, the SERES "Huawei Smart Selection" SF5, a REEV (range-extended electric vehicle) model using many Huawei's technologies, hit the market at the Auto Shanghai 2021, and the delivery kicked off on May 29.

Huawei plans to pour up to $1 billion in the R&D of automotive business this year, said Wang Jun, president of Huawei smart car solution business unit. Besides, the R&D group of its auto business will be expanded to over 5,000 staff members in 2021, of which more than 2,000 will come from the autonomous driving arm, Mr. Wang added.

Companies are usually extremely cautious about tapping into the car building sphere as this is a cash-burning business with high risks, long development period, and low fault tolerance. One of the main reasons for Internet tech companies' zeal in car cause is the huge market potential of smart cars and new energy vehicles (NEVs) in China. 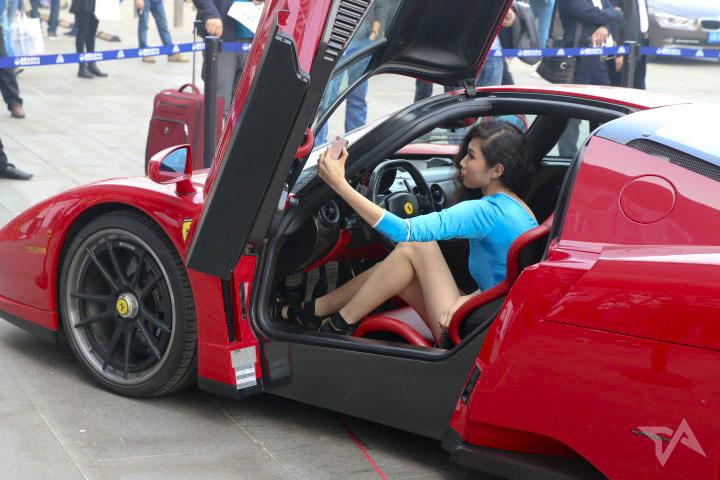 By the end of 2025, intelligent-connected vehicles (ICVs) with PA (partial automation) and CA (conditional automation) functions will take up over 50% of overall new car sales; the highly automated (HA) ICVs will step into the market and over 50% of new vehicles will carry C-V2X (cellular vehicle-to-everything) system, according to China's Technology Roadmap for Intelligent-Connected Vehicles 2.0 formally launched at the 2020 WICV (World Intelligent Connected Vehicles Conference).

There is also a promising future for China's NEV market. By the end of 2020, China had been honored the world's biggest country in terms of NEV production and sales volumes for the sixth year in a row. For the first four months of 2021, automakers in China output and sold 750,000 and 732,000 NEVs, respectively representing growth of 103.8% and 103.3% compared to the same period in 2019.

Additionally, the Chinese government is firmly supporting the development of NEV industry by offering plentiful incentives.

According to a development plan issued by China's MIIT in last November, sales of NEVs in China will jump to 20% of overall new car sales by 2025. Through 15-year efforts, all-electric vehicles will be the mainstream among the new cars for sale; vehicles in public service area will be fully electrified; fuel cell vehicles (FCVs) are expected to be commercially viable.

Aside from the state-level guidance, China also released many concrete incentives. The government announced last year it would extend subsidies for buying NEVs to 2022, and future subsidy phase-out would be done at a slower rate. Besides, the project of “bringing automobiles to countryside” would be carried out in provinces and cities including Shanxi, Jilin, Henan, Hubei, Hunan, Guangxi, and Chongqing from March to December 2021 to lift NEV sales in China's rural areas by granting discounts, according to a document the MIIT issued in March.

Apart from the favorable policies, the lower threshold for building smart EVs also contributes to Internet companies' interest in cars. “There are increasingly more suppliers of core auto parts who have strong capability of system integration, such as CATL, which currently leads the power battery market in the world. Thus, new players can rapidly make breakthroughs in manufacturing technologies by working with those component providers,” said Tina Zhou, CEO of Gasgoo.

Compared to traditional carmakers who have an advantage in manufacturing techniques, Internet companies opt for software and AI to focus, the capabilities in which they are superior to conventional automakers, as the gateway into smart electric vehicle domain.

Many industry insiders consider that a car, when it is mature enough in digital and intelligent power, can be regarded as a smart robot capable of “self-learning”, “self-evolvement”, and “self-improvement”. When the era of electric vehicles truly comes, users will shift their focuses from the basic parameters like acceleration and battery range to the self-driving ability and intelligence level.

Su Qing, President of Huawei's intelligent driving product line, said traditional automakers attempt to embed a computer in a car, while the car is still the most essential part. However, new technology players think software is the soul for a car, which is just a room controlled by computers.

Moreover, software is likely to serve a main revenue source in the future for intelligent vehicle developers. “In the smart EV field, the way to gain profits has been greatly changed”, said Tina Zhou. She added traditional automakers earned money mainly by selling cars, while now more and more carmakers choose to start business with hardware, while then upgrade software to extend their cars' service life and develop car-home connected technologies and applications to expand businesses. Actually, the new profit model can also attract many companies with outstanding operation experience to the smart EV race.

It seems that the ultimate purpose for Internet companies' car-building investment is to create a massive ecosystem involving advanced software & hardware and great driving experience by combining the sales of cars, service, and systems with the data and technologies accumulated in the car building process, said some commentators.

Gasgoo not only offers timely news and profound insight about China auto industry, but also help with business connection and expansion for suppliers and purchasers via multiple channels and methods. Buyer service: buyer-support@gasgoo.com Seller Service: seller-support@gasgoo.com

All Rights Reserved. Do not reproduce, copy and use the editorial content without permission. Contact us: autonews@gasgoo.com.