Why are electric cars so expensive?

Q: Why are electric vehicles so expensive?

A: There’s no simple answer to the question “Why are EVs so expensive?” EVs are more expensive for a variety of different reasons: car manufacturers trying to recoup some of the billions they’ve spent on research and development, batteries being expensive to produce, and a lack of consumer demand are all factors that make them more costly.

If you’re relatively new to the hot topic of electric vehicles (EVs), you may rightly wonder to yourself, “Are electric cars more expensive than petrol-powered internal combustion engined cars?”

The short answer is yes - particularly in Australia.

One of the main reasons is consumer demand.

Australia, unlike other countries such as Norway and the UK, has not yet introduced widespread tax breaks or other attractive incentives to create more consumer demand for EVs, and the resulting low number of sales, sadly, means car manufacturers see it as necessary, as well as profitable, to hike up prices until more people start buying them.

The problem, of course, particularly for brands like Audi and Volvo, which are rapidly switching to an EV-only strategy, is that if Australians don’t start buying electric cars they’ll have nothing to offer them, so selling them at high prices is counterproductive.

It’s worth noting the electric ZS picks up additional equipment in the shape of extra in-car and safety tech, but even taking that into account the on-paper gap for consumers remains.

There’s also the issue of “range anxiety” - the fear of an EV running out of charge and leaving you stranded somewhere - that can keep people from buying EVs, but recent developments, such as better EV infrastructure and improved battery technology, means this is becoming less of a genuine concern.

Still, more and more EVs are getting released on the local market from a wide variety of car manufacturers, and this increase in competition will naturally push prices down over time. 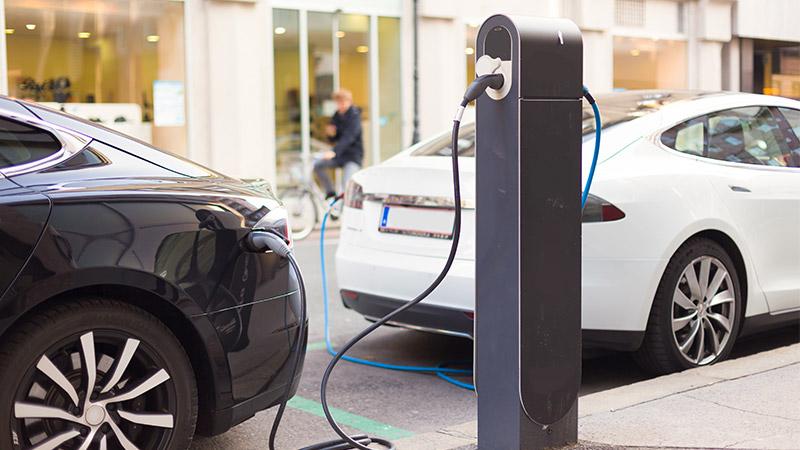 There’s also the element of car companies, quite understandably, wanting to recoup some of the huge amounts of money - usually in the billions - that they’ve poured into the research and development of EVs.

Usually when a car company wants to develop and test a new model they’ve got a previously existing model to base it upon, but since EVs are a relatively new technology, a lot of things have to be done from scratch.

That includes the manufacturing of new parts, as well as using huge engineering teams to test the EVs rigorously, since there’s usually not much they’ve got to previously compare it to.

The other major factor that causes EVs to be more expensive than comparative ICE vehicles are the batteries used to power them.

Hundreds, even thousands, of lithium-ion batteries - the most commonly used type in EVs - are used in the battery packs that EVs use to power their electric motors, and they’re not cheap to make.

Car manufacturers pay around $200 per kWh or more for battery packs, and when you consider most EVs have a battery capacity between 40kWh and 100kWh, it’s clear how they can add to the overall price of an EV.

Although more EV battery plants will open up as time goes on, currently only a small handful of companies are making them - including LG Chem in South Korea, Panasonic in Japan and CATL in China - and therefore these companies are able to control the market price due to the relative lack of competition.

The production of EV batteries also requires the use of expensive metals like cobalt, but that may not always be the case: Tesla CEO Elon Musk, as well as General Motors in the US, have both stated that they’ll soon eliminate cobalt from their batteries, thus driving battery-manufacturing prices down.

The factors adding to the price tag of lithium-ion EV batteries doesn’t stop there: because it’s a relatively complex technology, lithium-ion batteries also require special software and sensors to monitor and control temperature and discharge rates, which, you guessed it, ups the manufacturing cost.

Still, don’t expect EVs to be more expensive than ICE vehicles forever, as significant changes in the motoring industry are afoot.

With a number of countries pledging to ban the production of ICE cars over the next decade or two, and the push by car manufacturers to produce more EVs and phase out ICE models, EVs will eventually become the norm, not the exception.

Recent research by BloombergNEF for European green group Transport & Environment has come to the conclusion that ICE vehicles will become an expensive luxury compared to EVs by 2027, with the price drops in EVs taking a further three to five years to trickle down to the used-car market.

The best comparison to make in regards to how the prices of EVs will pan out over the next few years is to look at flatscreen TVs: all ridiculously expensive when they first hit the market, but now way more affordable, and with better technology and features to boot.