What is LiDAR, and How Does it Work? 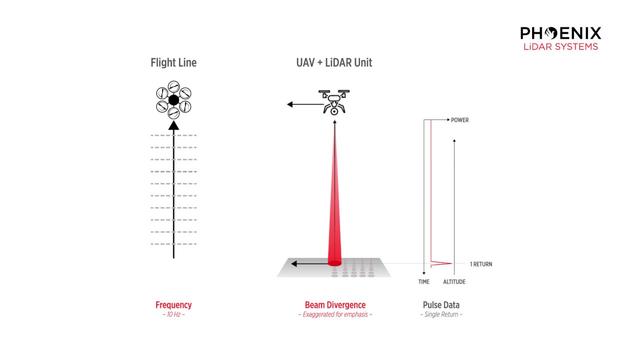 How does LiDAR Work?

A LiDAR sensor utilizes the same kind of laser used in everyday applications, such as retail barcode scanners, light shows at concerts and sporting events, and home security systems. This kind of laser technology is safe to the eye and has been in use for decades.

The LiDAR sensor on a vehicle emits single particles of light, known as photons, that strike nearby objects such as cars, pedestrians, and trees. The photons then bounce back to the sensor. The LiDAR system records each photon's roundtrip data, measuring distance and time to every object in the vehicle's vicinity.

A LiDAR sensor will fire anywhere from eight to 108 laser beams in a series of pulses. Each laser beam pulse emits billions of photons per second. With so many data points and calculations processed almost simultaneously, LiDAR accurately highlights objects, gives them shape, and shows their movement. A computer algorithm then assembles these shapes and forms a complete picture of the world around the vehicle.

A rotating or spinning LiDAR sensor located at the top of the vehicle will capture a 360-degree field of view at a rapid rate of speed to provide a complete image of the vehicle's surroundings. Conversely, solid-state LiDAR sensors are fixed in place and point in a single direction with 90 to 120 degrees field of view. It takes several fixed sensor units to achieve coverage comparable to a single spinning unit. LiDAR sensors can be placed in various locations, including a vehicle's roof, within the rearview mirror housing, behind the grille, or at the rear window or tailgate of a vehicle.

LiDAR has a range of 250 to 400 meters, allowing it to identify objects and their positions well before reaching them. This allows a vehicle's ADAS or autonomous system to process the information and react accordingly.

Tags:  what are the disadvantages of self driving cars