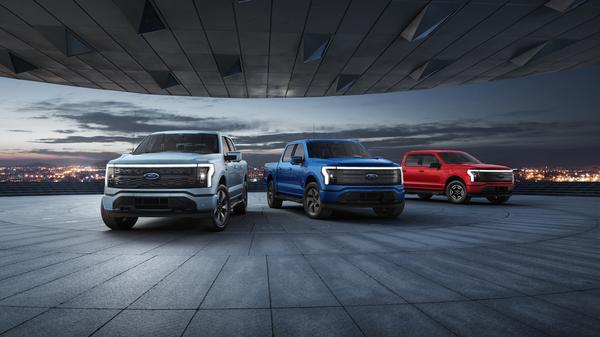 Range typically occupies an outsized chunk of the conversation on any new EV. But, in the case of the F-150 Lightning, which has the bestselling pickup's usual healthy scoop of towing and hauling capabilities, things get even more complicated than normal.

Ford is claiming that the range figures for its electric pickup will come in at 230 miles and 300 miles, depending on whether the standard-range (which we estimate can hold 115.0 kWh) orextended-range battery pack (150.0 kWh, same caveat) is beneath the bed. Those are EPA predictions, specifically EPA combined figures, in lightly loaded conditions. 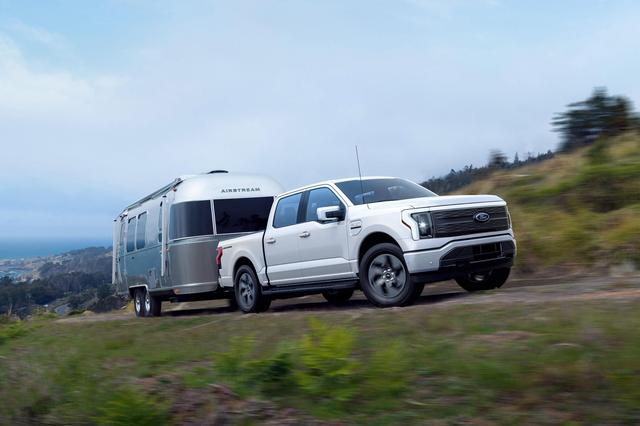 Although the Lightning is aided by the aerodynamic effects of its flat underbody, when running at real highway speeds there's no tricking the air molecules, and a bluff truck is going to suffer. In our highway range testing, which we conduct at a steady 75 mph, we typically see a range number that's about 20 percent below the EPA figure. Using that same bogey, which is probably generous in the case of a full-size pickup, would put the Lightning in the 180-to-240-mile zone for what you might achieve on a road trip.

In a recent towing test with another EV, lugging a 3859-pound boat at 70 mph chopped its range in half compared to a run at the same speed sans trailer. Applying these results to the F-150 means that towing a modest trailer would put the highway range at roughly 100 to 125 miles, depending on the pack. Towing anywhere near the 10,000-pound maximum rating on XLT and Lariat models (with the maximum trailer tow package and extended-range battery) at highway speeds, we believe you'd be hard pressed to exceed double-digit miles. We'd take that bet, in fact.

Utilizing the Lightning's payload capabilities, which are 1800 pounds for the extended-range battery and 2000 pounds for the smaller pack will put you somewhere between these two extremes. And those figures both include the up-to-400 pounds that can be stowed in the large and handy front trunk.

At least there's some smart technology to help adjust the range prediction shown to the driver in day-to-day use. As launched on the 2021 F-150, the Lightning uses a height sensor at each corner to estimate the load in the bed or on the trailer hitch and preemptively adjusts down the range predictions accordingly.

The old adage "your mileage may vary" is very apropos when discussing EVs. And the F-150 Lightning's, because of its tough-truck capabilities, will vary more than most.

This content is created and maintained by a third party, and imported onto this page to help users provide their email addresses. You may be able to find more information about this and similar content at piano.io
Tags:  can a smart car be towed behind an rv