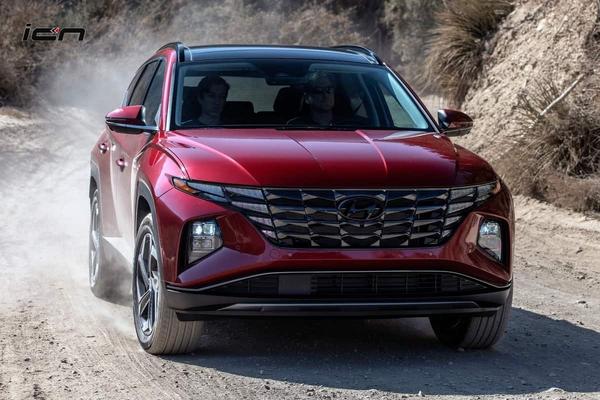 New breed of SUVs in our market are now equipped with several segment-leading safety and security features. One such feature is Advanced Driver-Assistance System (ADAS), which we have already seen on new Mahindra XUV700 and the MG Astor. People are liking this feature, as it further improves the driving experience. In the near future, we will witness several mass market SUVs with ADAS features. Here’s the list of upcoming new SUVs and facelifts of existing models to be equipped with ADAS.

Hyundai has started testing the fourth-gen Tucson SUV in India. The spy images reveal that the SUV could be offered with Advanced Driver Assistance System. Based on the new platform, the new Tucson features the brand’s new design language – “Sensuous Sportiness”. The SUV is likely to offer features like autonomous emergency braking, blind spot detection, rear cross traffic alert, lane keep assist, and others. The India-spec model is likely to be offered with the same 2.0L turbo petrol and a turbo diesel engine that powers the outgoing model. 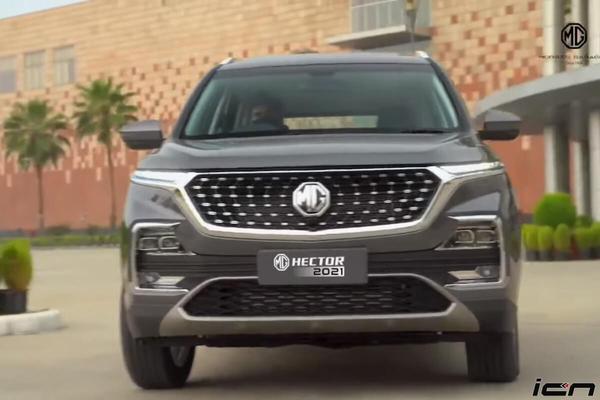 American SUV maker, Jeep will reveal the India-spec Meridian 7-seater SUV on March 29, 2022. It is essentially the 3-row SUV based on the Compass. The Jeep Meridian is scheduled to be launched in May 2022. It will rival the likes of the Toyota Fortuner, MG Gloster and the new Skoda Kodiaq. The SUV will be equipped with a tried & tested 2.0L 4-cylinderMultijet turbocharged diesel engine borrowed from the Compass. Though, the oil burner could be tuned for generating power close to 200bhp. Transmission duties will be done by a 9-speed automatic gearbox.

The SUV will be equipped with several high-end comfort, convenience and safety features. The SUV will also come with ADAS (advanced driver assistance system). It is likely to offer features like automatic emergency braking system, adaptive cruise control, lane keep assist and others.

Tata Motors is testing the updated versions of the Safari and the Harrier. The new models are expected to get new features, few cosmetic changes and a new petrol engine option. ADAS is slowly becoming a mainstream feature in the mid-size SUV segment. The Harrier facelift and the Safari facelift are also likely to be equipped with ADAS. It will come with ADAS features such as blind spot monitoring, lane assist, automatic emergency braking, adaptive cruise control, front collision warning and others.

Hyundai will introduce the ADAS across its premium model lineup by the end of 2022. After Tucson, the 2022 Hyundai Creta facelift and the Alcazar will also receive Level 2 autonomous driving assists. The ADAS features will include blind spot warning, adaptive cruise control, automatic emergency braking and lane keep assist. Besides ADAS, the new Hyundai Creta facelift and Alcazar will get six airbags, ESC (electronic stability control and Isofix as standard safety features.

Suzuki and Toyota JV is working on an all-new mid-sized SUV, which will be positioned against the likes of the Hyundai Creta, Kia Seltos, MG Astor and others. The new SUV could receive modern day connectivity features along with ADAS & Connected car tech. The SUVs are likely to get Autonomous Level 2 features such as adaptive cruise control, automatic emergency braking, blind spot detection, driver drowsiness detection, forward collision warning, lane change assistance & many more.

Kia is working on the new Seltos facelift, which has been spotted testing multiple times in South Korea. The new Seltos facelift will come with ADAS (Advanced Driver Assistance System), which is confirmed by latest spy images. The spy images reveal a radar module for the ADAS is mounted at the front. The vehicle will offer features like blind spot monitoring, lane assist, autonomous emergency braking, adaptive cruise control, etc.

MG Motor India is the first automaker to bring in ADAS in mainstream SUVs in our market. After introducing this feature in Gloster & Astor, MG will introduce the updated Hector with ADAS tech in India. The SUV will soon receive the ADAS and AI (artificial intelligence) assistant. The ADAS includes multiple autonomous driving features including adaptive cruise control, a 360 degree camera, forward collision warning, autonomous emergency braking and lane departure warning.