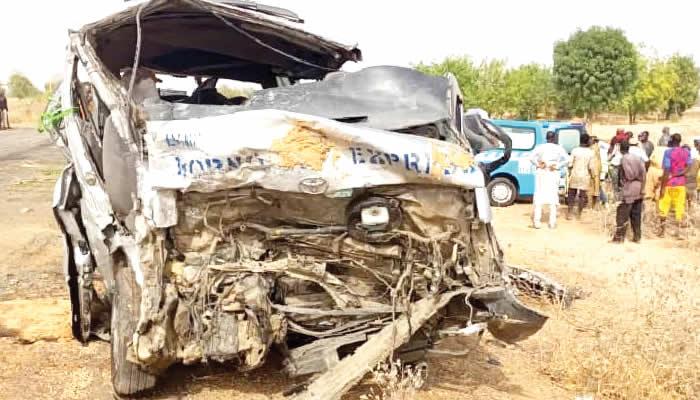 In 2021, the high rising cases of road accidents across various routes across in Bauchi State became a great source of concern and worry as almost on a daily basis, a life was lost, many injured while properties worth millions of naira were destroyed.

Hundreds of people were killed in various road crashes which sparked fears with insinuations and speculations that it was due to spiritual attacks, cultism and satanic activities.

These speculations linking the deaths to spiritual attacks were triggered by the repeated crashes across the state.

Even the Sector Commander of the Federal Road Safety Corps in Bauchi, Yusuf Abdullahi, while speaking during a meeting with members of the Special Marshal of the sector, was pushed to believe and declare that the devil had taken over the roads in Bauchi.

”I am very sorry to say, but the fact is that the devil has taken over our roads in Bauchi State. We really need to stand up and do something to reclaim the roads. The situation is so terrible,” he lamented.

A quick peep into some of the crashes that occurred in 2021 across the highways in the state and even within the metropolis would leave no one in doubt that this narrative could have elements of truth in them.

On May 17, eight people were killed in multiple auto-crashes in three separate locations across the state. The first accident, which involved 70 traders who were travelling from Darazo town to the Dukku weekly market in Gombe State occurred along Darazo-Dukku road and killed six people and many others sustained various degrees of injury.

In the second accident, a nursing mother and one other person also died on the spot when a Toyota Hummer bus belonging to the National Tourism Development Commissionhad a head-on collision with a Sharon commercial bus conveying 17 passengers to Gombe at the Dungulbi village along the Bauchi-Gombe road.

The third crash was a collision of a truck and a commercial tricycle popularly known as Keke Napep which occurred along the Bauchi-Toro road which left eight people injured.

On May 27, at Wailo village, close to the NYSC Orientation Camp, along Bauchi-Darazo road, a multiple fatal crash involving two vehicles, a commercial and private, led to the death of four male adults, while four others sustained varying degrees of injuries. The crash was caused by wrongful overtaking.

On June 4 at about 2pm, a fatal crash involving two vehicles, a Peugeot and a DAF truck, crashed at Zangoro village along Bauchi-Maiduguri road, killing two male adults while two others were injured. It was caused by dangerous driving.

About one week later, precisely onJune 12, a fatal crash involving two vehicles occurred at Gumero village 15 kilometres away from Kafin Madaki along Bauchi-Kano road, led to the death of six people.It was caused by use of worn out tyres.

Two vehicles crashed on July 29 along Darazo-Dukku road killing six male adults and one female adult while eight others were injured. The crash was caused by speed violation.

On September 17 at Lago village, along Darazo-Kari road, a lone fatal crash led to the death of three people while one other person was injured.

The next day, September 18, a Bauchi-based Cameroonian Pastor, his wife and one other person, were killed in a fatal crash which was caused by speed violation while on their way to Azare, Katagum local government headquarters for an official assignment.

Also, three days later, on September 21, three people were killed while two others sustained varying degrees of injuries in a fatal crash involving Gombe Mass Transit bus and a Toyota Hiace bus vehicle, opposite Muslim Burial Ground junction, along Bauchi-Gombe road. The crash was caused by a tyre burst.

Five days later, on September 26, a lone fatal crash, caused by speed violation, led to the death of two people. Two others were injured in the crash that occurred at Gombe Abba bridge along Darazo-Dukku road.

Similarly, on November 5, opposite Alkaleri Central Motor park, along Alkaleri-Bauchi, a patrol vehicle belonging to Federal Road Safety Corps, crashed into a shop after the driver developed “sudden health challenges”, killing two people and injuring 14 others.

After three days, precisely on November 8, a commercial Toyota Hiace bus crashed at Kwanan Digiza, along Jama’are-Azare road, road killing six people and injuring 15 others. The crash was caused by speed violation.

Barely two days later, on November 10, a commercial bus belonging to Gombe Line crashed with Adamawa Sunshine at Nabardo village along Bauchi-Jos road. This led to the death of five male adults while nine others sustained various degrees of injuries. It was caused by dangerous driving and speed violation.

The next day, November 11 at Gubi village, a bus and a tricycle crashed killing five people while three others were injured. The crash was caused by speed violation and overloading.

Four days later, on November 15, six people were killed while 19 others were injured at Durum village along Bauchi-Kano road in a fatal crash caused by the use of worn out tyres.

On November 25, three vehicles and a motorcycle crashed at Liman Katagum along Bauchi-Dass road killing two people while one person was injured. The fatal crash was caused by speed violation. 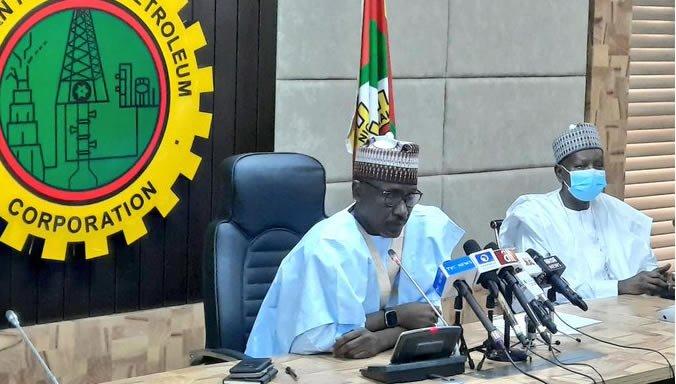 Similarly, after Durum market, on Bauchi-Kano road, a fatal crash involving a commercial bus crashed as a result of speed violation and tyre burst on November, 28th. The lone fatal crash led to the death of two people while six others sustained varying degrees of injuries.

On the December 6, a truck and a bus collided at Bambal village along Kano-Jama’are road as a result of speed violation. A total of 16 people were killed while 16 others were also injured.

On the same day, at Duhuwar Kura along Azare-Zaki road, a golf 3 and a Bajaaj motorcycle, crashed which resulted in the death of four male adults. Seven others were injured in the crash that was caused by speed violation and overloading.

Barely one week later, precisely on December 18, eight people were killed in a fatal crash involving a commercial vehicle and a tipper at Goltukurwa village, 5 kilometers away from Dass. It was caused by overloading and speed violation which led to a head-on collision.

The next day, December 19, five people lost their lives while five others sustained various degrees of injuries in a fatal crash at Zalanga village along Bauchi-Darazo road involving a commercial car and a truck.

“In November alone, it was almost a case of one death per day because we had not less than 35 deaths from road crashes across the state. This is worrisome and disturbing; something has to be done quickly,” the FRSC Sector Commander stated.

He said that the Darazo-Dukku-Gombe road, particularly the bridge before Dukku which he said had failed,is now a death trap for motorists plying the road, adding that the command was able to get some empty drums from the FERMA office which were sandfilled and placed strategically to serve as a caution to the road users.

He lamented that all the efforts of the sector to solicit support from individuals in the state on how to check the accidents had proved abortive.

He said, “Of major concern to us is the Bauchi-Darazo highway which we have identified as the most dangerous in the state. This is because drivers plying that road are not always careful, and most of the crashes there are as a result of over-speeding and night travels.

“The second most dangerous route is the Bauchi-Gombe road. We urge motorists to be more vigilant so as to bring to the barest minimum crashes which sometimes lead to loss of lives and properties,” he admonished.

Investigation indicates that bad roads, overspeeding, overloading, wrongful overtaking, use of worn out tyres, reckless driving associated with drug abuses, and fatigue by some drivers were the major causes of road accidents in Bauchi State.

Findings also reveal that another factor aggravating the incessant road crashes recently in the state was the intrusion of commercial tricycle operators popularly known as Keke Napep and motorcycles (Okada riders) plying the highways, leading to loss of many lives and properties.

A summary of road traffic crashes obtained from the FRSC for 2021 indicated that there were a total of 480 crashesacross Bauchi state. Of these crashes, 162 of them were fatal while 307 were serious.

According to the statistics, 413 people were killed while 2,157 others sustained varying degrees of injuries in the crashes that involved 3,586 people.

The FRSC in the annual report said that the common causes of the crashes were speed violation and reckless driving especially wrongful overtaking.

It said that 80 per cent of the vehicles were commercial vehicles passing through the state.

Motoristswho spoke to our correspondent also identified attitude of some of their colleagues and bad road as some of the causes of the crashes.

For Nura Adamu, a commercial driver along Bauchi-Jos road, a major cause of crashes is the use of worn out tyres by drivers.

Another driver, Ifeanyi Akalame, attributed the crashes to immature drivers expressing worry about the development saying that unless something urgent is done more lives and properties would continue to be lost.

A Special Marshal of the FRSC, Ishola Adeyemi, attributed the crashes to the attitude of drivers who were always impatient by violating driving rules and regulations in order to meet up with appointments or meet targets among other factors.

Adeyemi who advised motorists to be more patient while driving on the road, said, “They should see every other person driving as being mad and them the sensible people and by so doing, they can control whatever comes their way,” also appealed to the government to fix all bad portions of the road.

The Bauchi State Chairman of the National Union of Road Transport Workers, Babawao Mohamed, identified about four factors which were responsible for the crashes.

“The roads that were built since independence are the same roads that we are still using without any rehabilitation, reconstruction or any dualization or even upgrade,” he said.

According to him, recklessness of drivers is another factor.

All rights reserved. This material, and other digital content on this website, may not be reproduced, published, broadcast, rewritten or redistributed in whole or in part without prior express written permission from PUNCH.

Tags:  who is responsible when a self-driving car kills someone