There are lots of fun reasons to see 'The Lost City.' The ending just isn't one of them 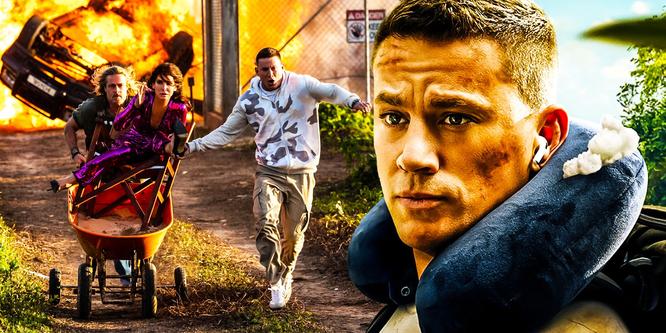 The rom-com genre has a fun addition with “The Lost City,” a star-studded jungle adventure with Sandra Bullock as a burned-out widowed romance novelist and Channing Tatum playing the model on her book covers.

It’s “Indiana Jones”-meets-“Jurassic Park,” and while “The Lost City” doesn’t bring anything new to the rom-com genre, the script is clever enough that the movie feels fresh, not derivative.

Loretta Sage (Bullock) unwillingly embarks on a book tour that her publicist and manager, Beth (Da'Vine Joy Randolph) aptly predicts “will change everything.”

Loretta is chloroformed and kidnapped by a greedy billionaire (Daniel Radcliffe) named Abigail Fairfax. Fairfax hopes to use Loretta’s knowledge of a language that has been lost to time to find treasure — in this case the “crown of fire” buried in a tomb on “a tiny forgotten island in the Atlantic.”

Her only hope? Alan (Tatum), a Fabio-like model who portrays the male lead, Dash, in her novels. The good news is that what Alan lacks in brains — well, until he’s literally covered in them — he makes up for with his earnestness in saving Loretta.

Between high-speed chases in a dense jungle and blood leeches, can a self-proclaimed sapiosexual — someone who is sexually attracted to intelligence — fall for a seemingly vapid model?

“The Lost City” works on several levels. The actors play their characters well. The physical comedy is enjoyable (Channing Tatum having his weave snatched, Sandra Bullock being hit in the face with flying charcuterie board items and Brad Pitt flipping his luscious locks as cars explode behind him) — so much so that I was left wanting more of it.

The actors are playing roles they seem comfortable in. Patti Harrison’s unqualified social media manager character is not unlike Ruthie in the Hulu series “Shrill.” Alan is reminiscent of Tatum’s “She’s the Man” character, Duke, with his endearing ineptness.

Radcliffe is a natural villain, a believable billionaire kidnapper who imbues just the right amount of hysteria to play an entitled man with a chip on his shoulder who is always looking for more. And, speaking of Fairfax, there’s a scene that gives a fun nod to Richard Attenborough in “Jurassic Park.” 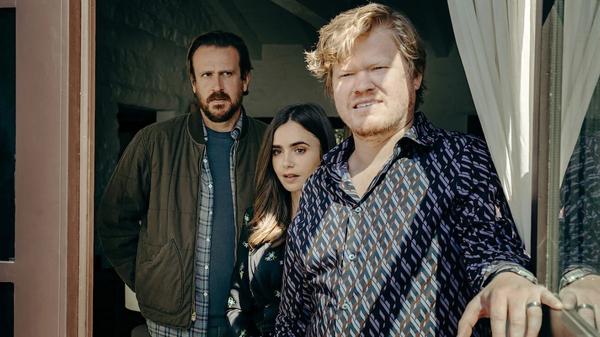 ‘The Lost City’ delivers but leaves you wanting more

“The Lost City” is a fun romp that is conscious of not overstaying its welcome with its run time — a seemingly rare quality these days — but it leaves you wanting both less and more.

That is: less of the serious moments, more of the Brad Pitt.

The pacing hits a very noticeable snag at one point, leaving viewers in a theater that is almost awkwardly devoid of laughs. “Lost City’s” strength is in its comedic moments; attempts at earnest romance feel cringeworthy.

While Bullock and Tatum’s chemistry doesn’t sizzle on-screen, their romantic storyline still manages to make sense. Their hate-to-love journey is paved with laughs — yes, even at Brad Pitt’s expense — and a seemingly genuine camaraderie.

Speaking of Brad Pitt, if you want more Jack Trainer, here’s a pro tip: Stick around through the credits.

The moral of “The Lost City” is that life is about the journey, not the destination. This applies to the movie, too, which is worth watching for its beginning and middle, if not its conclusion. Until Pitt comes back on screen, of course.

Tags:  how long is smart car