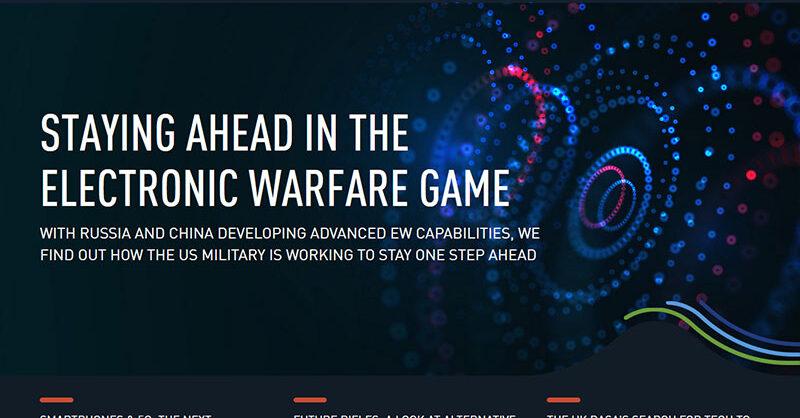 Global Defence Technology is back for another issue packed with industry news and analysis. In this issue, we find out how the US is trying to stay ahead of China and Russia in electronic warfare, check out the latest developments in small arms, and more.

The US Army has briefed industry on its upcoming electronic warfare program and is now asking for feedback. The Terrestrial Layer System (TLS) is an integrated EW and signals intelligence system for ground use that the army decided to pursue instead of the old Multi-Functional Electronic Warfare Ground and Dismounted system. We find out more about the project.

We also look into technologies that could replace traditional military radios in the field, report on the latest developments in rifle technology from the EnforceTac exhibition, and visit a rare firepower demonstration organised by the South African National Defence Force.

Succeeding with Successor: the UK presses on with its next-gen submarine programme

Plus, we take a look at new solutions being developed to neutralise small drone threats, speak to the British Armed Forces’ first female three-star commander about her work in the RAF, and find out more about the UK MOD’s plans for a new class of Future Littoral Strike Ship.

Data, insights and analysis delivered to you View all newslettersBy the Naval Technology team Sign up to our newsletters

In an attempt to upgrade its existing electronic warfare (EW) and cyberwarfare capabilities, the US Army is developing a new integrated EW and signals intelligence system to replace the existing MFEW system. Talal Husseini asks what new capabilities the army is looking for and which companies are supporting the project.Read the article. 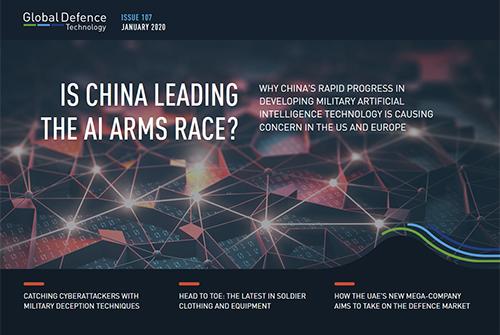 The next frontier of military communications

For decades, soldiers all over the world have relied on rifles that fire NATO standard 5.56mm or 7.62mm ammunition. Recent conflicts, however, have highlighted inherent limitations and spurred the development of alternatives that can meet emerging requirements. Grant Turnbull finds out what’s next in small arms technology.Read the article.

We recently travelled to South Africa to witness a rare firepower demonstration organised by the South African National Defence Force and domestic ammunition specialist Rheinmetall Denel Munition. Grant Turnbull rounds up highlights from the event and insights into the South African Army’s future.Read the article.

How to stop malicious drones

The UK’s Defence and Security Accelerator has issued a call for solutions to find and neutralise small UAVs – an issue which, in light of the recent drone attacks on London’s airports, was one of the key topics at the Security and Counter Terror Expo 2019. Talal Husseini asks, what threats do small drones pose and how can malicious attacks be stopped?Read the article.

Royal Air Force (RAF) engineer Sue Gray was promoted to the rank of Air Marshal in February, making her a three-star commander and the most senior female military officer in the British Armed Forces. Berenice Baker talks to Gray about her career in the RAF and the importance of inspiring girls and young women into engineering careers.Read our Q&A here.

Inspired by RAF Air Marshal sue Gray becoming the first female three-star General in the UK Armed Forces, we took a look at the most senior women in the military forces of NATO countries and their careers.Check out their profiles here.

Earlier this year the UK announced the accelerated development of a new Future Littoral Strike Ship concept for the Royal Navy, a globally deployable class of ships capable of operations from crisis support to full-on combat. Grant Turnbull finds out whether the MOD can afford the new ships and what capabilities are being replicated from other countries’ experience of deploying such vessels.Read the article.

Additive manufacturing is evolving rapidly and many major militaries and many defence equipment companies are now exploring their options with the technology. We explore the market potential for 3D printing in defence and aerospace manufacturing and some of the key projects already in development.

Also in the next issue, we take a look at Poland’s massive defence modernisation plan, check out the UK MOD’s latest £66m project to fast-track military robotic projects to the frontline, and speak to Skylark Labs about its real-time drone surveillance tech for homeland security applications.

Plus, we speak to Airbus about its involvement in the brand new Space Hub at this year’s DSEI, find out about the capabilities of Boeing’s Orca extra-large UUV in development for the US Navy, and take a look at the aircraft used in the Berlin Blockade to mark the 70th anniversary of its end.