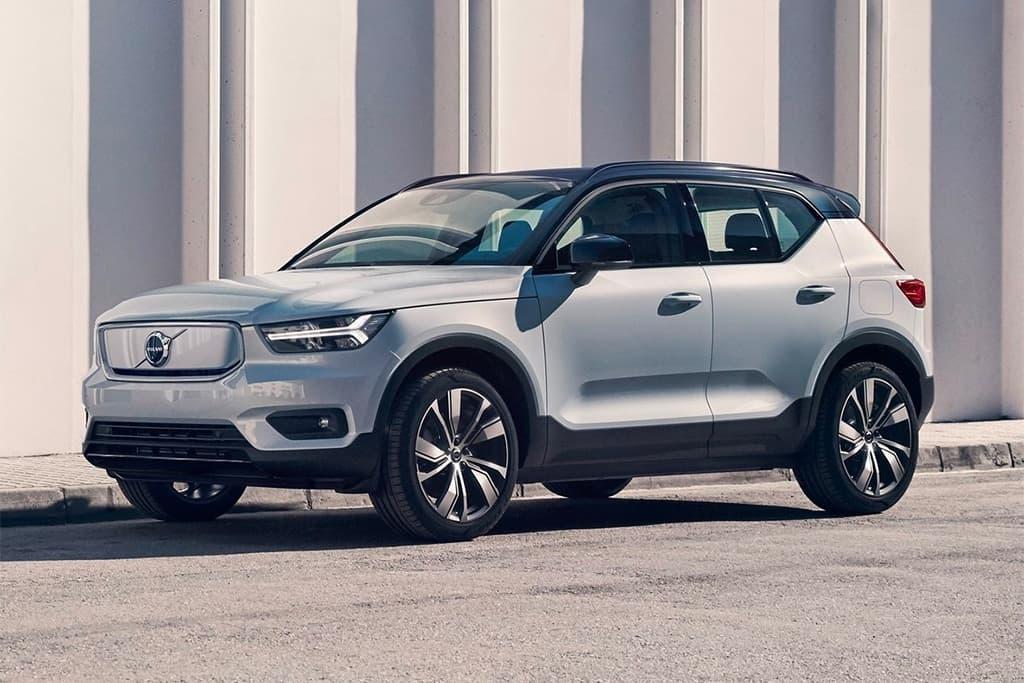 Automakers can choose from two basic templates when building an EV: Build one that's just like a gas car they already make (Kia Soul EV, Hyundai Kona Electric) or try something completely new (BMW i3, Jaguar I-Pace, Ford Mustang Mach-E). When Volvo was designing its first EV, it chose the former path. The electric XC40 Recharge P8 looks just like the gas-powered XC40, inside and out. And it rides on Volvo's Compact Modular Architecture platform, just like the gas XC40 (and the Polestar 2), so the Recharge's driving character is remarkably similar to that of the gas car. But some things have changed. The gas XC40 tops out at 248 horsepower, and base models are poky at the track. The Recharge has 402 horsepower from two electric motors, and the acceleration times to prove it.

Specifically, the all-wheel-drive XC40 Recharge reached 60 mph in 4.3 seconds during its trip to our test track and accelerated from 30 to 50 mph in 1.6 seconds. A front-wheel-drive 187-hp XC40 T4 needed 7.8 and 4.0 seconds to complete those tasks. An all-wheel-drive 248-hp XC40 T5 R-Design took 6.3 seconds to reach 60 mph and 3.4 seconds to make it from 30 to 50 mph. The Recharge's other core performance results line up more closely with those of the gas-powered XC40s. The Recharge required 171 feet to come to a stop from 70 mph, while the T5 needed 173 feet. We recorded a stability control-inhibited 0.84 g of lateral grip in the Recharge, the same figure we recorded from a T5 Momentum. (The sport-tuned T5 R-Design notched 0.87 g of stick.)

HIGHS: Looks good inside and out, quick, standard fast-charging capability.

So, except for those quick acceleration times, the Recharge feels very much like other XC40s we've driven. It has the same well-weighted, reasonably responsive steering that we've enjoyed in other members of the family. But it also has the same jarringly stiff ride, and we'll repeat the recommendation we've made before to avoid the $800 20-inch wheel upgrade.

The car's design is familiar, too. The covered grille is the main exterior clue that this isn't your average XC40. Volvo's perpetually annoying vertically oriented infotainment display is present. (Who thought touchscreen temperature controls were a good idea?) The rest of the interior, however, is as attractive and well appointed as any other XC40. Our car came with the $1300 Advanced package, which adds driver-assistance features and a wireless charging pad. We also enjoyed the $750 climate package, which includes heated rear seats, a heated steering wheel, and heated windshield wiper blades. An $800 Harman/Kardon sound system rounded out the options and brought our test car to $59,780, or about as much as a well-outfitted Volvo XC90 and almost $9000 more than a long-range Tesla Model Y. However, neither of those is eligible for the $7500 federal EV tax credit, and the Recharge is.

The XC40 Recharge is Volvo's first fully electric vehicle (if you don't count the Polestar 2), but the brand has dabbled in plug-in hybrids, which have all had relatively limited electric range. The S90 plug-in sedan can manage 21 miles on battery power alone, and the XC90 SUV is only rated for 18 miles of electric driving. With its 75.0 kWh of usable battery capacity, the XC40 Recharge seems similarly unconcerned with maximum driving range. The EPA estimates it can travel 208 miles between charges, and during our testing we found it could go 180 miles at 75 mph, far shy of its competition. The Tesla Model Y is available with an estimated 326 miles of range, and a Model Y Performance delivered a highway range of 230 miles in our testing. The Kia Niro EV has 239 miles of estimated range, and we measured its highway range at 210 miles. The all-new Volkswagen ID.4 has an EPA-estimated 250 miles of driving range, and it matched the Niro's highway range during a revisited test. The good news is that the Recharge comes standard with DC fast-charging capability and can reach 80 percent battery charge in around 40 minutes on a 150-kW charge station.

In addition to the XC40 Recharge, Volvo has five plug-in hybrids on the market, all versions of existing members of the Volvo family. The company is planning to launch its first dedicated electric crossover coupe, the C40, later this year, but even that car is essentially a chopped version of the XC40. Since the brand's distinctive design language is so much of what sets its vehicles apart from the crowd, it may be smart to let its electric and plug-in hybrid vehicles blend in so well with the crowd. The XC40 Recharge has had modest sales so far in its short time on the market, but Volvo's sales of plug-in and electric vehicles overall were up 40 percent last quarter compared to the first quarter of 2020.

With its offshoot, Polestar, embracing more radical styling in its EV lineup, Volvo is running a sort of in-house A/B test to figure out whether electric customers want a machine that advertises its plug-in nature or one that blends in with the internal-combustion traffic. Electric power would seem a natural fit with Volvo customer psychographics, and the XC40 Recharge affirms the concept while underscoring the limitations of using a shared platform for completely different powertrains. But if range isn't your top priority, the electric XC40 offers scorching acceleration along with a low profile. That Camaro driver in the next lane likely won't know this is the electric XC40 until the light turns green. 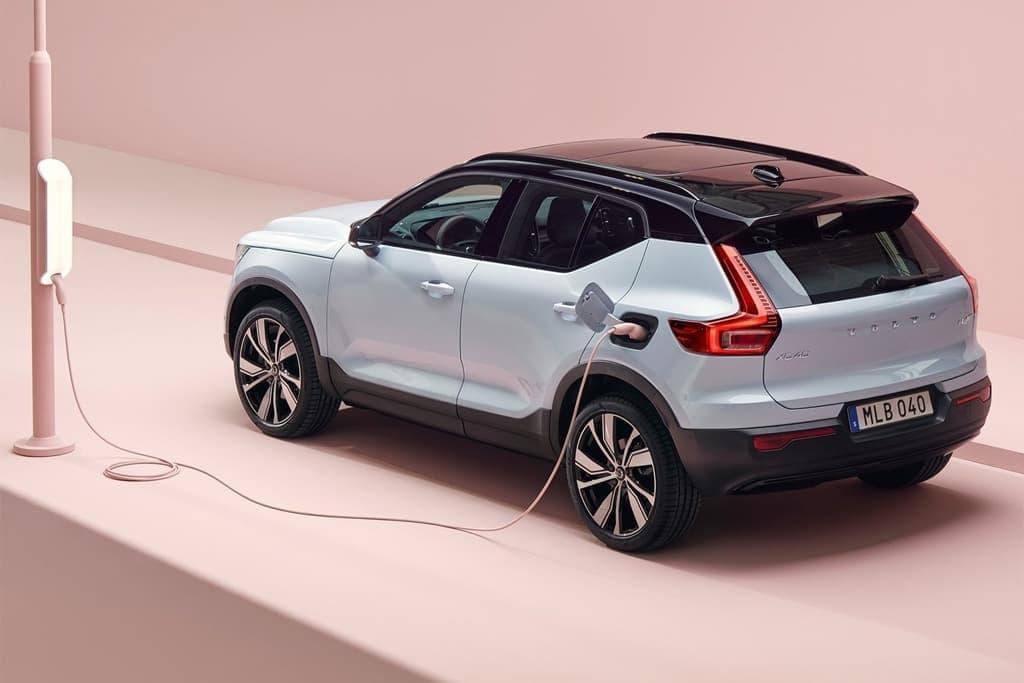 ExpandCollapse This content is created and maintained by a third party, and imported onto this page to help users provide their email addresses. You may be able to find more information about this and similar content at piano.io
Tags:  how to recharge ac on smart car