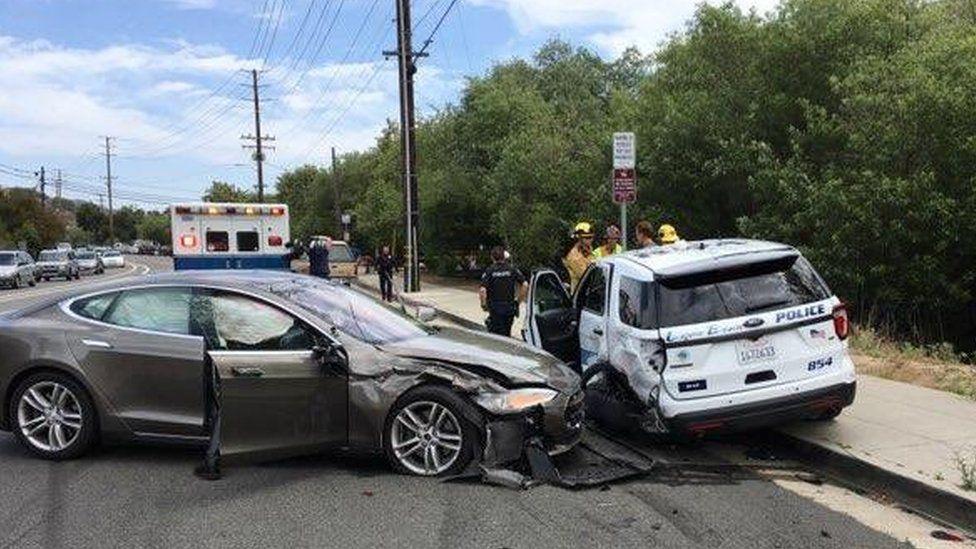 A Tesla car collided into a parked police car and Mercedes SUV in Orlando, Fla., early Saturday morning after the driver put the car on autopilot — a feature that has increasingly come under scrutiny by federal regulators and U.S. lawmakers.

The Orlando division of Florida Highway Patrol (FHP) tweeted that a Florida state trooper had been stopped along the side of Interstate 4 to help a “disabled” Mercedes.

A woman driving a 2019 Tesla Model 3 told officers that she had turned on the autopilot feature before the front right side of her car hit the left side of the police car as well as the front portion of the SUV.

Photos posted on social media by FHP showed substantial damage to the vehicles, though the department noted that the trooper was standing outside his car at the time of the crash.

The agency did not report any fatalities or injuries as a result of the incident.

Happening now: Orange County. Trooper stopped to help a disabled motorist on I-4. When Tesla driving on “auto” mode struck the patrol car. Trooper was outside of car and extremely lucky to have not been struck. #moveover. WB lanes of I-4 remain block as scene is being cleared. pic.twitter.com/w9N7cE4bAR 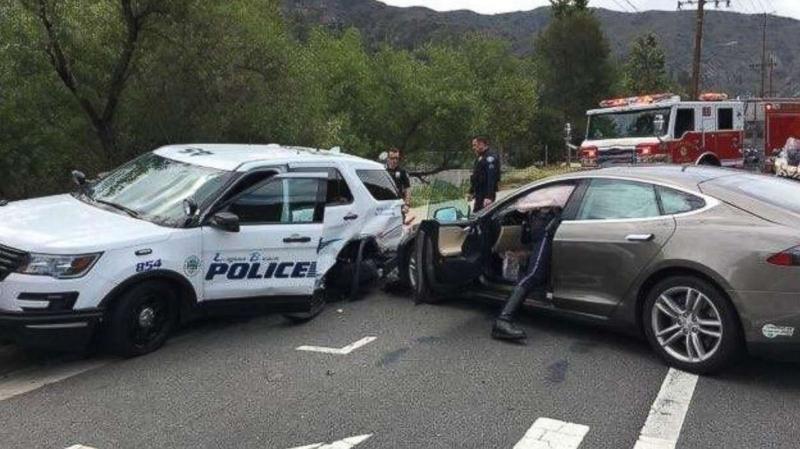 FHP said it was conducting an investigation into the crash to officially determine if the autopilot feature played a role in the incident.

The Hill has reached out to Tesla for comment.

The crash is the latest incident involving a Tesla vehicle with the partially-assisted autopilot feature. A crash occurred in March when a self-driving Tesla struck a Michigan state trooper’s vehicle.

While no injuries were reported in the March crash, at least 11 people since 2015 have died in collisions in which the autopilot feature was activated.

The company has argued that the technology is tested and safe, with the user manual specifying that the feature does not make the vehicle fully autonomous.

Earlier this month, the National Highway Traffic Safety Administration announced it was opening a formal investigation into the autopilot feature in Tesla Models Y, X, S and 3 vehicles released from 2014 through 2021.

The lawmakers wrote at the time that Tesla “has repeatedly overstated the capabilities of its vehicles, and these statements increasingly pose a threat to motorists and other users of the road.”

“Accordingly, we urge you to open an investigation into potentially deceptive and unfair practices in Tesla’s advertising and marketing of its driving automation systems and take appropriate enforcement action to ensure the safety of all drivers on the road,” they added.

Tags:  how to stop living life on autopilot