Suzuki teams up with SkyDrive to develop electric flying cars 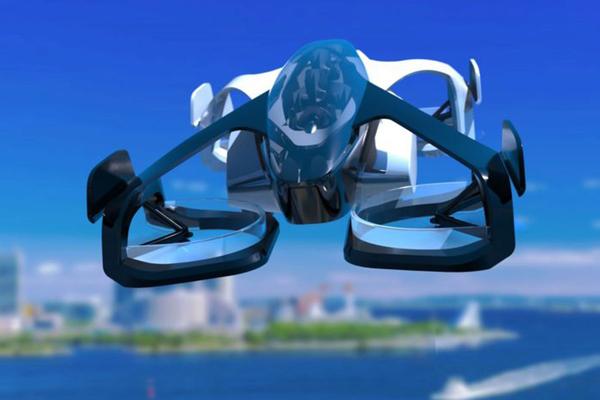 Suzuki has joined forces with the Japanese technology company SkyDrive, with the aim of launching a new, two-seat electric flying car in just three years time. SkyDrive has handled the engineering for the project, with Suzuki stepping in to provide manufacturing assistance and help with marketing the product on a global scale.

The vehicle will be an electric multi-rotor vertical take-off and landing aircraft, which is capable of carrying two passengers on short hops around cities. Essentially, the vehicle is a scaled-up version of the camera drones commonly used in modern cinematography.

To add credence to its cause, SkyDrive has already proven its technology in miniature. The company recently launched a series of cargo-carrying drones that can support payloads of up to 30kg. They’re being put to work on construction sites around Japan – mainly in the country’s mountainous regions – to help keep logistics running smoothly.

In addition, SkyDrive has already produced a single-seater flying car prototype (pictured above, airbourne), which completed its manned test flight in August 2020. So the technology works – it’s just a case of getting it on sale.

Here’s where Suzuki comes in. SkyDrive wanted the automaker’s help because of its impressive sales records, especially in eastern markets. Initially, SkyDrive will try to drive sales in India – which makes for a happy coincidence, as Suzuki’s vehicles have sat at the top of that country’s best-selling list for the past 17 years.

Suzuki sees the opportunity as a chance to broaden its product portfolio and “remain indispensable to people by staying closely attuned to lives and providing mobility.” Currently, Suzuki sells transport for land and water, offering buyers a choice of cars, motorbikes and outboard motors for boats – meaning the sky’s the final frontier for the brand to conquer.

A full-scale launch for the new two-seat flying car (pictured above in concept form) has already been scheduled for 2025. Suzuki and SkyDrive plan to launch an air taxi service, which will transport show-goers around Japan’s Osaka Bay area during the 2025 World Exposition.

The theme for the technology show will be centred on designing future society, with a focus on affairs such as eco-friendly transport, healthcare and sanitation. Once the show closes its doors, the two firms plan to roll their air taxi service out across other regions of Japan.

What are flying cars? And will they ever take off?

I see what you did there. And no, this isn’t a simple question that can be answered with an ignorant response such as: “they’re cars wot fly, you muppet.”

Flying cars can take on a variety of forms – a lot of which don’t look like cars in the traditional sense. Have a look at Suzuki and SkyDrive’s effort above. Do you see any wheels?

Instead of naming them “flying cars,” it might be more useful to refer to these vehicles as “compact personal aircraft.” They’re designed to perform the functions that would usually be handled by a car but, instead of getting about on the ground, you’re up in the sky.

Manufacturers have floated a variety of designs over the years. Early efforts tried to combine the functions of both a car and an aircraft into one fixed vehicle – so they often had stowable wings or deployable rotors that needed to be unfurled when you wanted to take to the sky.

More recently, manufacturers have ditched the idea of wheels altogether, preferring the same quad-copter approach taken by Suzuki and SkyDrive. Renault, for example, recently previewed the AIR4 concept (pictured above), as a reimagined version of a Renault 4 body perched atop an oversized electric drone. No wheels in sight.

Audi’s effort is one of the more striking ones. Back in 2018, the German brand teamed up with Italdesign and Airbus to create the Pop.Up Next (pictured below). It’s a modular two-seat passenger cabin that can be attached to either an electric skateboard platform for driving on the road, or a set of electric rotors that provide around 30 miles of flight distance.

The regularity with which these concepts are appearing shows that the automotive industry is interested in getting the technology on the market. But, much like self-driving technology, actually selling these vehicles to the public is wrapped in yards of red tape.

There’s still an enormous list of unanswered legislative questions. For example, how will we insure these new vehicles? How will we manage the air traffic? Will a driver need to acquire a pilot’s licence before they’re allowed to take to the air? Or can they simply rely on an autonomous flying mode to get them to their destination?

Tags:  will you need a license for a self driving car