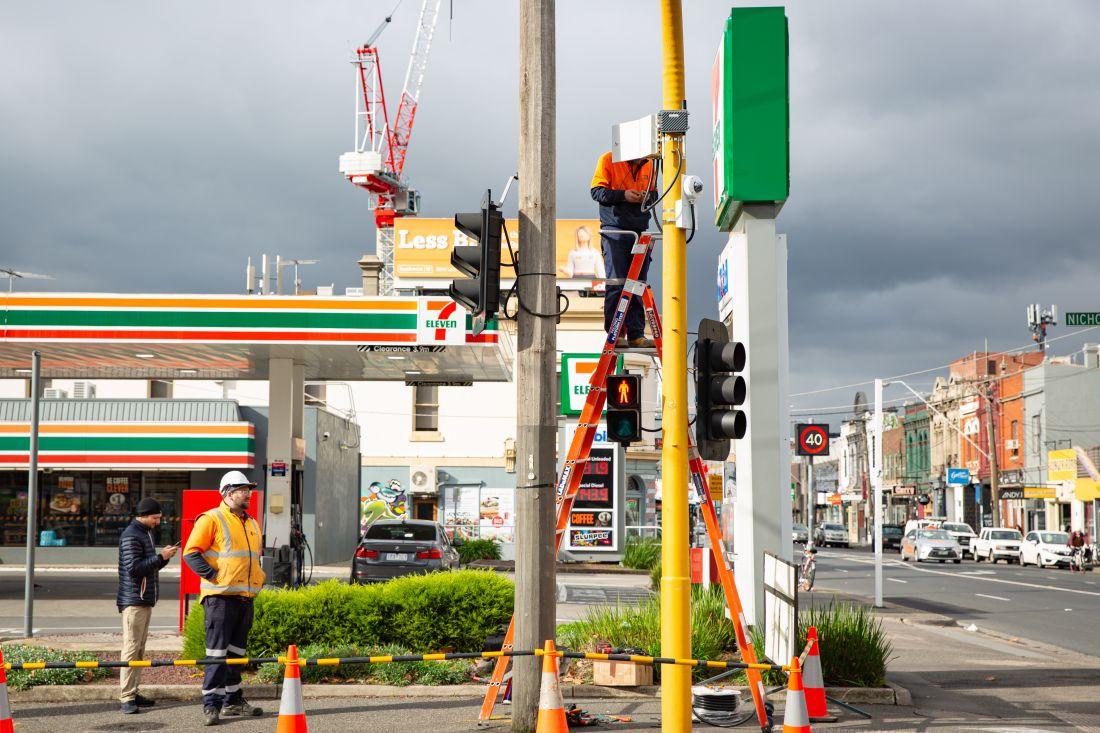 The ‘Intelligent Corridor’ at Nicholson Street, Carlton, will be launched by the University of Melbourne, Austrian technology firm Kapsch TrafficCom and the Victorian Department of Transport.

Covering a 2.5km stretch of Nicholson Street between Alexandra and Victoria Parades, the Intelligent Corridor will use sensors, cloud-based AI, machine-learning algorithms, predictive models and real-time data capture to improve traffic management, with the goal of easing congestion, improving road safety for cars, pedestrians and cyclists, and reducing emissions from clogged traffic.

Leveraging different types of traffic sensors already installed by the Australian Integrated Multimodal EcoSystem (AIMES), the team will fine-tune the Intelligent Corridor over the next three years. The sensors will connect and monitor all parts of the transport environment. Safety metrics will be incorporated in real-time control of traffic signals, derived from traffic-safety software developed by Advanced Mobility Analytics Group.

AIMES is the world’s first and largest ecosystem for testing emerging connected transport technologies at large scale in complex urban environments. It incorporates over 100km of road network in Melbourne, bounded by Lygon and Hoddle Streets, and Victoria and Alexandra Parades, and receives support from the Victorian Department of Transport.

The Intelligent Corridor marks a significant new phase, providing a new level of monitoring, with sensors on every intersection and a host of initiatives that will create a world-leading traffic-management system.

Professor Majid Sarvi, AIMES director and professor of transport engineering at the University of Melbourne, said the Intelligent Corridor will provide a model for cities around the world to reduce the costs of urban congestion. According to Infrastructure Australia’s Infrastructure Audit Report 2019, urban congestion costs the Australian economy AUD$16.5bn in travel delays every year. 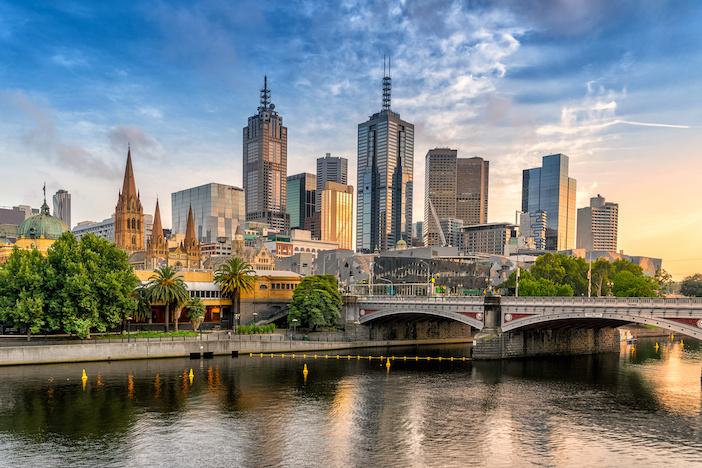 “In Melbourne alone, 492 people lost their lives in crashes at urban intersections – with more than half of these being pedestrians, cyclists or motorcyclists – between 2006 and 2019. Our Intelligent Corridor will use the latest technology to better manage traffic and make our roads safer for everyone,” Professor Sarvi said.

The project will collect before-and-after data to demonstrate the Corridor’s effectiveness. Its performance will be fine-tuned to improve outcomes on an ongoing basis over the next three years, thus providing important evidence for implementation in other cities. The Intelligent Corridor uses global technology firm Kapsch TrafficCom's corridor-management platform EcoTrafiX.

Matthew McLeish, TrafficCom executive vice-president for Asia Pacific, said: “From connected vehicles to autonomous driving to integrated mobility management, this technology is laying the groundwork for a sustainable and congestion-free future, using the very best in multi-modal demand management technologies such as the Kapsch EcoTrafix platform.”

Niloo Karimi, director of signal services with the Victorian Department of Transport, said the Intelligent Corridor was an important and exciting step for Melbourne. “The City has faced an increasing volume of road users over the past few decades, leading to delays and an increasing number of accidents," she said.

"Now, academic researchers, industry and government will draw on connected transport technology to explore better outcomes and solve issues of safety and congestion to create a safer, cleaner and smarter transport future for Melbourne.”

The Intelligent Corridor is supported by a $2m Australian Research Council (ARC) Linkage grant, with contributions from the University of Melbourne and industry partners Kapsch TrafficCom and Advanced Mobility Analytics Group.

ARC acting chief executive officer Judi Zielke said: “The University of Melbourne, Kapsch TrafficCom and the Department of Transport Victoria, through their cooperation and linkages across disciplines, have taken an idea to reduce traffic congestion to a real-life, real-time application.”

Implementing smart city technology and successfully leveraging the vast amounts of data which myriad sensors can produce is a rapidly growing area of interest to urban planners and local authorities worldwide.

The island of Jersey is one locality that is positioning itself as a testbed sandbox environment for the Internet of Things and ‘digital twin’ data analysis, with smart traffic-management solutions and more already in place such that other countries and interested parties can study the real-world results.

Tags:  how do self driving cars see traffic lights