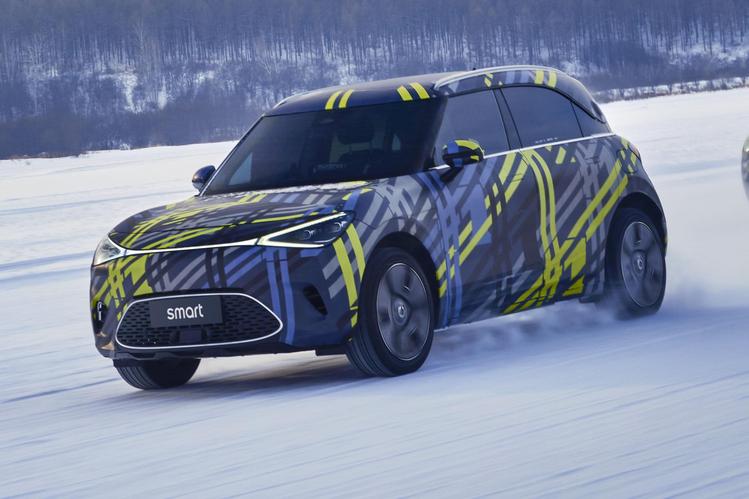 We’re sure the Kia Pro_cee’d, Cee’d, Cee’d_SW, Honda That’s, and Alfa Romeo Mi.To are having a small chuckle to themselves now Smart #1 has been confirmed as the name for the city car maker’s upcoming crossover.

Smart’s upcoming range of China-built models will all feature a hashtag followed by a number.

According to Smart, the use of the hashtag — used on platforms such as Twitter and Instagram to aggregate posts — is “evocative of trendsetting in the digital era”.

The automaker claims that since it revealed its first production vehicle, the Smart Coupe, back in 1997 it has been “striving for innovation and remained a trendsetter in the automotive industry”.

Part-owner Geely has a recent history for naming its models in the numeric order they were released, with the large Polestar 1 followed by the smaller and much more affordable Polestar 2 high-riding sedan.

To coincide with the announcement of the new naming convention, Smart has published some extra photos of the #1 undergoing development and cold weather testing.

Based on the Concept 1 unveiled at the 2021 Munich motor show, the #1 shares the show car’s silhouette and overall design theme. 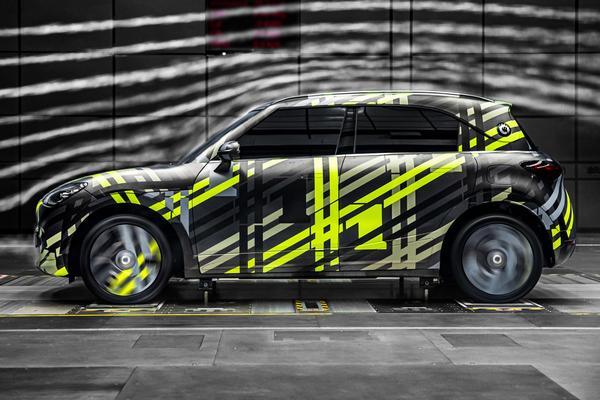 Changes include bigger headlights, a fussier front bumper with an extra pair of small side “intakes”, larger wing mirrors, and visible cutouts for the flush-fitting door handles.

The production #1 will also have thicker B- and C-pillars that break up the flow of the frameless windows, while the concept’s reverse-hinged rear doors have been swapped for traditional units that swing towards the front.

That puts it just 100mm shy of the Mercedes-Benz GLA, and it will easily be the largest production Smart vehicle to date, easily eclipsing the first-generation Mitsubishi Colt-based Smart ForFour, which was just 3.75m from nose to tail.

The #1, as with all future Smart vehicles, will be electric only, but details about the #1’s drivetrain options have yet to be revealed.

Smart was originally founded 1994 as a joint venture between Daimler — as the parent company of Mercedes-Benz was known then — and watch maker Swatch.

As development costs rose for the brand’s first car, the Smart Coupe, Daimler took a majority stake and then full ownership of the firm.

Since its inception Smart has struggled to turn a profit, and in 2019 Geely — then Daimler’s largest single shareholder — purchased a 50 per cent stake in Smart.

Tags:  how tall is a smart car