Sign of the times: The planet is really getting warmer, and why you should care 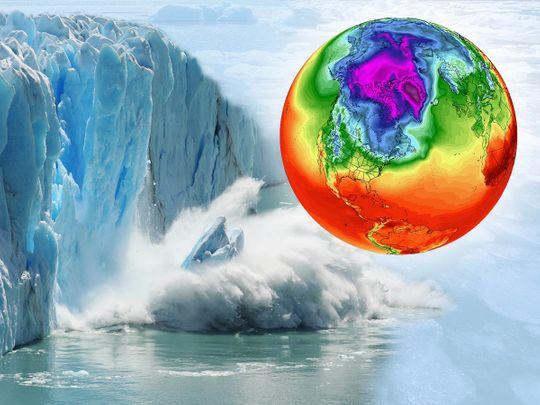 What you need to know about shrinking ‘sea ice’

The poles are getting warmer, according to latest temperature readings.

For the last 35 million years, both the Arctic (where the North Pole is) and the Antarctic (South Pole) had always been covered with ice. During the last Ice Age, also called the “Pleistocene” period, which peaked around 20,000 years ago, glaciers covered huge parts of the globe.

And the sea levels were 120 metres lower than present at peak. The change had been glacial till then. Now, it's accelerating, warn most climate scientists.

Fast forward to the last six years: they were the six hottest years "on record". And in 2021, more than 400 weather stations broke heat records. This year, the planet rang in 2022 with a warm January, ranking as the sixth-warmest January in 143 years of climate records.

What's more, the Antarctic sea ice cover — also referred to as “sea ice extent” — was near a record low for the month, according to scientists at NOAA's National Centers for Environmental Information.

February 2022 was also the Earth’s 7th warmest, as Antarctic sea ice coverage shrank further. A few months earlier, in September 2021, the extent of the Arctic Sea was recorded at 23.2% below the 1981-2010 average.

Scientists warn that Arctic Sea ice could shrink far enough this 2022 to break a decade-old record on its lowest extent — perhaps even turning the land part green.

What’s going on? We break it down for you:

Are the poles really warming?

In November 2021, a New Scientist article warned that the era of ice that has gripped Earth’s poles for 35 million years could come to an end.

The reason: a phenomenon known as extreme weather, seen as a harbinger of global warming. And this receding-sea-ice story is no longer just a story. It's really beginning to bite.

▶ In Europe, August 2021 saw temperatures in Sicily, Italy hitting 48.8 °C (119.8 °F), the highest temperature ever recorded in the continent, according to a New Scientist report. 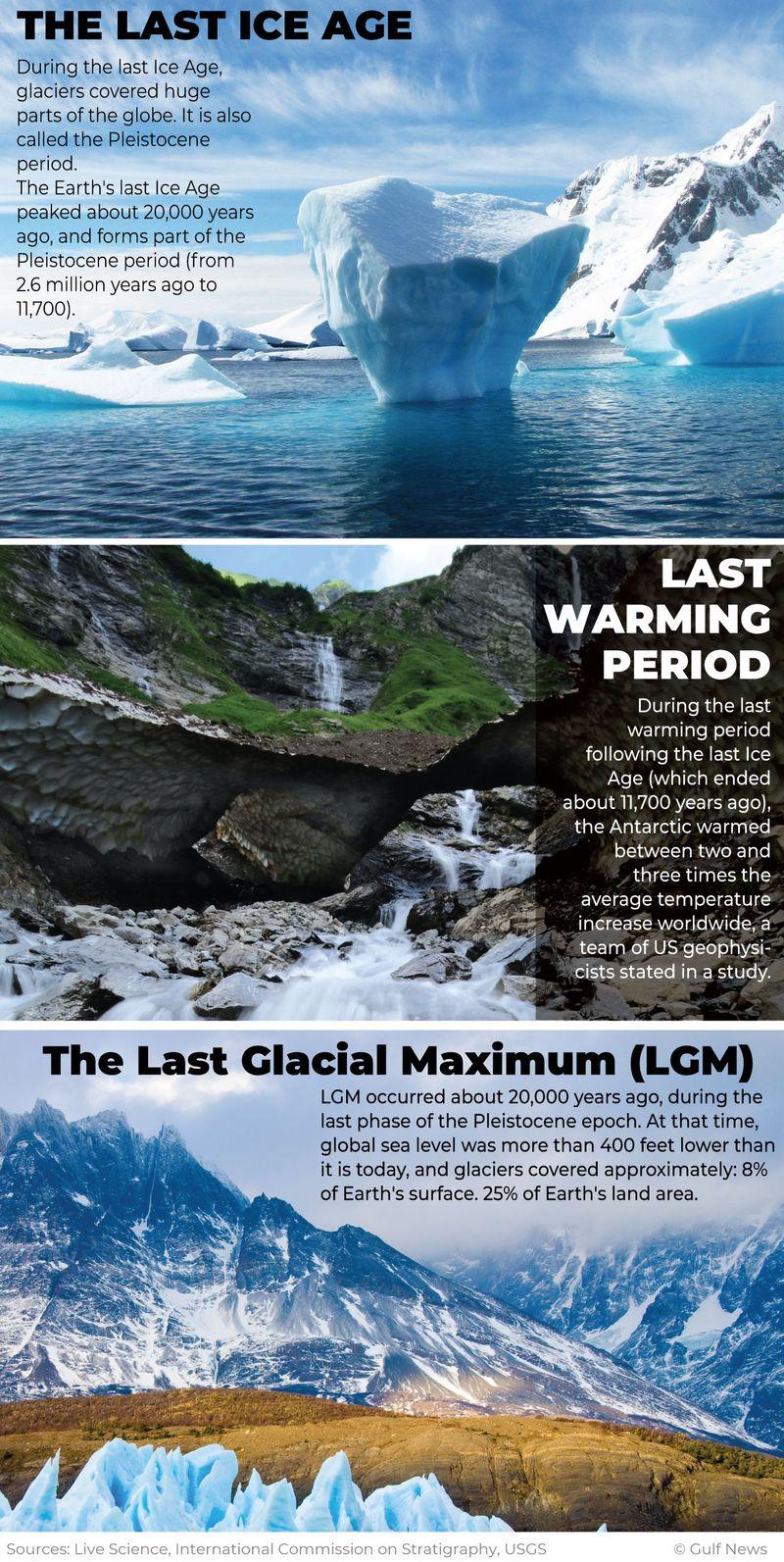 ▶ Also in 2021, Africa recorded its warmest June and September ever, exceeding the previous record 2017, according to the US National Oceanographic Administration (NOAA).

▶ Readings of the Arctic Sea "ice extent”, a measure of the area covered in ice, drew concerns from climatologists in September 2021: it was recorded at 23.2% below the 30-year average (taken from 1981-2010) — and was the 12th-smallest September extent since satellite records began in 1979, according to NOAA.

▶ In the North America as a whole, September 2021 was the continent's third-warmest September on record. Only September 1998 and 2019 were warmer.

▶ A recent Associated Press report stated that one weather station in Antarctica recently beat its all-time record by 15°C, while another coastal station used to deep freezes at this time of year was 7°C above freezing. In the Arctic, meanwhile, some parts were 30°C warmer than average.

Maximiliano Herrera, a climatologist and extreme weather specialist, stated in a tweet that 2021 was likely to be in top five or six hottest in history.

Herrera has been compiling weather records for over 30 years, keeping tabs of extreme weather around the world, and publishes an annual list of records broken in the previous year.

What is the most compelling evidence of climate change?

Many people think climate change is a prediction made by complicated computer models. But scientists have shown that these models are surprisingly accurate.

We know that climate change is happening because we see the effects everywhere. Average global temperatures have increased by 1.2 degrees C since 1880. Land areas have warmed more than the sea surface and the Arctic has warmed the most since the 1960s.

Sea levels are rising, ice sheets and glaciers are shrinking and arctic sea ice is disappearing. Snow melts faster in spring and plants flower earlier. Animals are moving to higher areas to find cooler conditions. Along with this, droughts, floods and wildfires have become more severe.

The ocean has absorbed 90 per cent of the heat trapped by greenhouse gases with every layer of the ocean warming up, destroying corals and marine life.

What do the data from the last century show?

Climate scientists typically limit themselves to the 21st century when predicting how human activity will affect global temperatures.

It is now understood that previously unknown sources of feedback – including “hyperwarming” that was last seen on Earth half a billion years ago — may push global temperatures high enough to send Earth into a “hothouse state” with tropical forests growing close to the poles.

Despite the limited data, the latest predictions are bolder. The first systematic forecasts, enabled by AI, through to the year 2300 are beginning to arrive.

Even the officials at the National Snow and Ice Data Center (NSID) in Boulder, Colorado, were surprised. NSID researchers were busy tracking the Arctic where it was 10 °C (50 °F) warmer than average and areas around the North Pole were nearing or at the melting point (0 °C), which is really unusual for mid-March, ice scientist Walt Meier said in a report published in the online physics journal, phys.org.

Why is it unusual?

“They are opposite seasons. You don’t see the north and the south (poles) both melting at the same time,” Meier told The Associated Press Friday evening. "It's definitely an unusual occurrence."

"Wow. I have never seen anything like this in the Antarctic," said University of Colorado ice scientist Ted Scambos, who returned recently from an expedition to the continent.

University of Wisconsin meteorologist Matthew Lazzara said: “Not a good sign when you see that sort of thing happen.”

Lazzara monitors temperatures at East Antarctica's Dome C-ii and logged -10 C (14 °F) Friday, where the normal is -43 °C(-45 °F) at this time of the year: “That's a temperature that you should see in January, not March. January is summer there. That's dramatic.”

CLIMATE CHANGE: A TIMELINE1760s: Start of what's known as the First Industrial Revolution, the use of steam and water power to mechanise work.1830: Earliest kick-starter of global warming in some parts of the world reached by the Industrial Revolution.May 18, 1859: The Irish physicist John Tyndall wrote in his journal what has set the foundation for our modern understanding of the greenhouse effect, climate change, meteorology, and weather.1950s: Scientists first began to worry about climate change toward the end of the 1950s.Sources: Nature / rigb.org

Natural, random or something else?

Lazzara and Meier said what happened in Antarctica is probably just a "random" weather event — and not necessary a sign of climate change. It's a hopeful statement. If it happens again, or repeatedly, then this "anomally" might form part of global warming.

GREENHOUSE GASESCarbon dioxide (CO2) and methane are two examples of greenhouse gasese that contribute to climate change. These are produced by, for example, utilising gasoline to drive a car or coal to heat a building.CO2 is released when land and forests are cleared. Garbage landfills are a major source of methane emissions. The main emitters include energy, industry, transportation, buildings, agriculture, and land use.▶ The result: the Earth is now about 1.1°C warmer than it was in the late 1800s. The last decade (2011-2020) was the warmest on record.

Climate change does not only mean warmer temperatures. This is only part of the story. As everything is connected on Earth, changes in one area can influence changes in all the others.

Triggers for climate change▶ Climate change refers to the long-term shifts in temperatures and weather patterns. Some of these shifts may be natural, such as through variations in the solar cycle.▶However, human activities mainly due to the burning of fossil fuels like coal, oil and gas have spurred climate change since the 1800s.▶ Burning fossil fuels generates greenhouse gas emissions that act like a blanket wrapped around the Earth, trapping the sun’s heat and raising temperatures, which leads to global warming, .

Intense droughts, water scarcity, severe fires, rising sea levels, flooding, melting polar ice, catastrophic storms and declining biodiversity are all consequences of climate change. It can have an effect on our health, agriculture, safety and work.