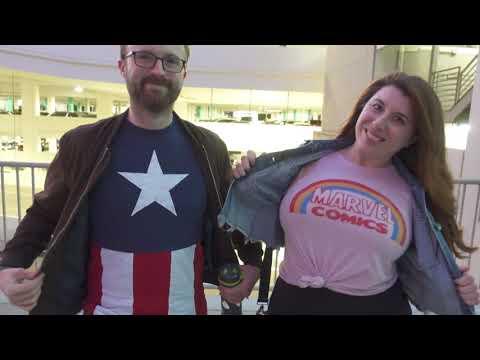 All good things must come to an end. I’m not entirely sure what that means for the Marvel Cinematic Universe, a remarkable collision of pop-cultural enthusiasms and commercial imperatives that has been a force for occasional good and overwhelming mediocrity. But you take the good where you can get it these days, and so it is with no small pleasure or exhaustion that I report that the Marvel series — or at least this current phase of it — has come to a stirring, satisfying finish with “Avengers: Endgame.”

At first you may not be sure whether that satisfaction springs from the specific quality of the movie or from the simple relief that closure — even imperfect, temporary closure — can provide. After 11 years, 22 films and more than $18 billion in global box office (a number that will start to look pretty puny by, oh, yesterday), who has the energy to complain? The overarching message of this blockbuster franchise, and of its megalomaniacal overlords at the Walt Disney Co., has always been that resistance, like criticism, is futile.

I say this as someone who found much to resist in last year’s “Avengers: Infinity War,” and who was struck less by the audacity than the cynicism of its doomsday cliffhanger, in which a giant talking eggplant named Thanos (Josh Brolin) wiped out half the world’s population with the snap of a finger. Perhaps I undersold “Infinity War,” insofar as it clearly planted the seeds of my own inevitable surrender: Cinematic mythmaking this indulgent in size and scale has a way of forging its own rules, as well as its own loopholes. And loopholes — another word for them might be “contradictions” — are crucial to the pleasures of “Avengers: Endgame.”

Despite its epic ambitions and tumescent running time, ‘Endgame’ often feels shorter, looser and lighter on its feet than some of its Marvel brethren.

Directed with considerable verve, like its predecessor, by the brothers Joe and Anthony Russo (working again from a script by Christopher Markus and Stephen McFeely), this three-hour leviathan is the longest picture in the Marvel cycle and certainly the most consequential. That’s a bit of a paradox, insofar as the hectic, sprawling, pleasingly nonsensical plot is largely about the undoing of consequences.

To push the contradictions still further: Despite its epic ambitions and tumescent running time, “Endgame” often feels shorter, looser and lighter on its feet than some of its Marvel brethren. That’s true at least until a cataclysmic showdown, an ensemble mash-up of inevitably staggering proportions that, like too many of the action sequences in these movies, devolves into a murky, indecipherable blur.

I probably should have prefaced that with a spoiler warning, sorry. If I had the six Infinity Stones in my possession, I would gladly turn back time to the moment before I wrote that last sentence. Or I might just suspend your ability to read printed material until after you’ve made it to the theater.

Alas, the Stones are gone, and altering reality isn’t so simple. Iron Man (Robert Downey Jr., tempering his deadpan wit with industrial-strength gravitas) will learn this firsthand after he and Nebula (the ever-compelling Karen Gillan) make their way back through space to a newly decimated Earth. It will fall to them and the other surviving Avengers to manipulate time and defeat Thanos, who, pleased with his handiwork, has retreated to a distant planet to spend his days in peace.

RELATED: The missing ‘Avengers’ return: Paul Rudd and Jeremy Renner are back for ‘Endgame’ »

Peace is a seductive notion, and for a while, the movie toys with the idea that everyone should just leave bad enough alone. The movie’s post-apocalyptic hangout vibe is both depressing and liberating. Some of the best moments transpire in the first half, when the action speeds up without warning — one big payoff arrives far earlier than you expect — and then suddenly, anxiously decelerates. Grim reality sets in, and the trauma and tragedy of losing several billion human souls in an instant begins to take its toll.

This melancholy interlude doesn’t last long. Our heroes have distant galaxies to visit, magic baubles to hunt down and a lot of strenuously irreverent banter to get through. The revolution will be co-led by powerful new allies like Carol Danvers (Brie Larson), her radioactive glow undimmed from her recent introduction in “Captain Marvel,” while MCU bench-warmers like Ant-Man (Paul Rudd), previously trapped in the quantum realm, will contribute an ingenious physics lesson or two to the discussion. The lethal and often lethally boring archer Hawkeye (Jeremy Renner) gets more of an emotional workout than usual, while Bruce Banner (Mark Ruffalo), long bedeviled by his Jekyll-and-Hulk identity crisis, returns with a hard-won measure of personal equilibrium.

Who else? Iron Man and Captain America (Chris Evans), having more or less made up after their mighty frat-house brawl from a few years ago, both seek out zones of personal contentment amid the chaos. The steadfast Black Widow (Scarlett Johansson) keeps the faith, as do Okoye (an underused Danai Gurira), War Machine (Don Cheadle) and that wisecracking raccoon Rocket (voiced by Bradley Cooper). Thor (Chris Hemsworth), I’m sorry to say, has seen better days.

I’ll leave it at that, so as not to ruin several moments of honest, unforced delight. Suffice to say that as it turns out, killing off half of “Infinity War’s” ridiculously overstuffed ensemble wasn’t the worst way to boost emotional investment across the board.

Before long, the surviving characters are ricocheting through the recent past, cheekily referencing movies like “Back to the Future” and “Somewhere in Time,” and reviving the classic would-you-kill-Hitler debate for the Thanos era. There’s something irresistible about watching a bunch of battered but resilient souls join forces and brainstorm their way out of a pickle, and it may briefly remind you of the days when these movies felt like a (relatively) scrappy, spirited collective undertaking.

Along the way, the laws of cinematic time travel are flouted even more recklessly than usual, as the movie hopscotches its way through a series of flashbacks from earlier missions, sacrificing a measure of narrative rigor and coherence to tickle your nostalgia. A few old scores are settled and some familiar faces briefly return, some of them no less welcome for having been digitally altered.

The inside jokes and fan-service digressions are blatant and relentless, but also pretty effective. The conflicting narrative priorities that often bedevil an epic series finale — how to tell a story that builds with inexorable momentum while also staging the mother of all cast reunions? — are cleverly and resourcefully reconciled.

You might wish the filmmakers had given us more moments with characters like Okoye, Valkyrie (Tessa Thompson) and the perpetually sidelined Pepper Potts (Gwyneth Paltrow), whose brief cameos here serve to remind you that, despite some necessary diversification, the Marvel cosmos is still dominated by the spectacle of various men yelling, scowling and smashing the computer-generated scenery. You might also wish that the final battle were more spatially and tactically coherent, that it didn’t feel like such an autopilot-directed rush job.

To be clear: I have no wish to see a longer version of this movie. But time is a relative concept, especially in the movies, and the Russos largely succeed by treating it with a wondrous sense of elasticity. That’s apparent not only in their delirious play with narrative chronology but also in our slow-dawning awareness that our time with at least some of these characters will be fleeting and finite.

The mass slaughter at the end of “Infinity War” felt both colossal and weightless, insofar as you knew it was little more than an epic tease. But the deaths that transpire here are all the more poignant for feeling both carefully considered and genuinely irreversible. To these faintly moistened eyes, “Avengers: Endgame” achieves and earns its climactic surge of feeling, even as it falls just short of real catharsis.

Even the most memorable of these characters have always felt more like sentient constructs, flesh-and-blood cogs in an endlessly whirring narrative machinery. But here, Iron Man and Captain America and the rest serve an undeniable purpose, which is to remind you, however belatedly, that great superheroes are nothing without real human vulnerability and a willingness to face the ultimate sacrifice.

The lessons of “Avengers: Endgame” are thus as old as time itself, and no less welcome for being reiterated: There is no life without death, no triumph without defeat, no forward progress without a glance in the rear-view mirror. Which is where this story at long last resides, and where, in a saner universe, it might have the grace to remain.

Rating:PG-13, for sequences of sci-fi violence and action, and some language

Marvel fans were out in full force for the opening night of “Avengers: Endgame.” Their advice? Go to the bathroom before the film starts.