NVIDIA to chart 500,000 km of roads for autonomous vehicles

Launched as a mapping platform for Level 3 and Level 4 AVs, DRIVE Map will include 500,000 km of roads worldwide by 2024 to provide AVs with a better understanding of their environment. Through constant updates, Drive Map eventually aims to maximize the efficiency of AVs and safety on the roads, especially in public areas.

The technology is based on DeepMap, a startup that has been developing high definition maps for AVs and was acquired by NVIDIA last year. Using the data gathered by survey vehicles and a mapping engine for passenger vehicles, NVIDIA will create a digital map of roads in Europe, Asia and North America. 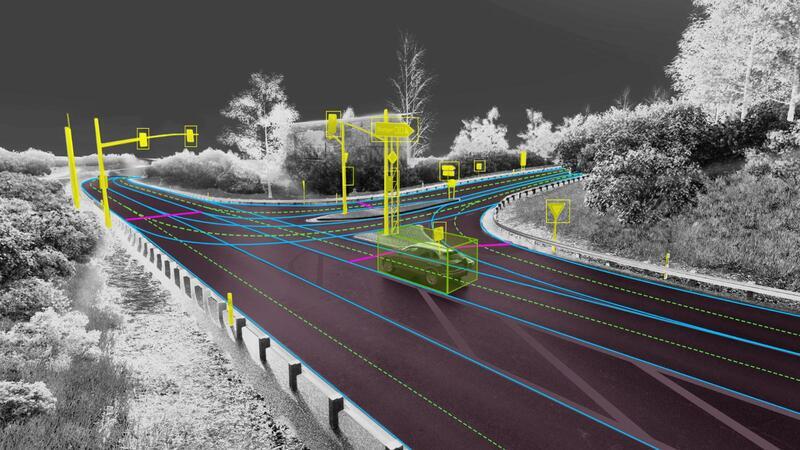 DRIVE Map will contain layers for the camera, radar, and LİDAR systems that AVs use to analyze their environment.

NVIDIA has accelerated its role in the automotive industry recently, expanding its partnerships under NVIDIA DRIVE with Volvo Cars, Zoox and SAIC in 2021 to offer next-generation AI-based autonomous vehicle technologies.

Defining transportation as a "growing technology industry", NVIDIA aims to provide technology solutions for next-generation cars, trucks, robotaxis and new energy vehicles (NEVs). According to the company, the growing ecosystem of NVIDIA DRIVE represents an automotive pipeline of more than $11 billion as of March 2022.

In a recent development in this ecosystem, Volvo chose NVIDIA DRIVE Orin technology in 2021 for its next-generation autonomous vehicles.

Image showing the radar layer on the Drive Map platform, courtesy of NVIDIA.