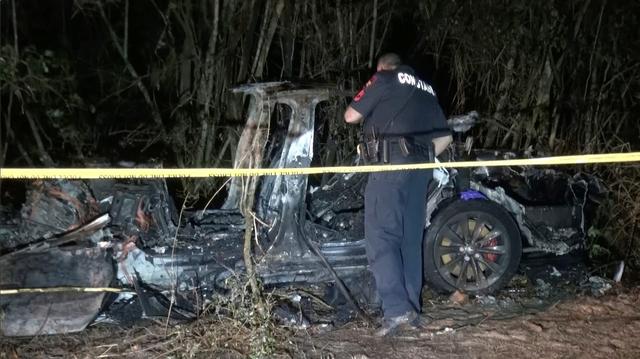 UPDATE 5/12/21: An NTSB spokesperson clarified the agency's findings about whether the driver was seated at the wheel at the time of the crash with this statement to Car and Driver: "The NTSB has made no conclusions about the operation of the crash vehicle—we are only stating the facts as we know them at this early stage of our investigation and all we know at this point, with regard to vehicle operation, is that Autosteer was not available on the section of road where the crash happened when we tested the exemplar vehicle. Autopilot would not engage because Autosteer was not available.We have not made any conclusion about the operation of the crash vehicle during the crash sequence. That remains under investigation."

The National Transportation Safety Board (NTSB) released a preliminary report today in its investigation into the crash of a 2019 Tesla Model S near Houston, Texas, on April 17. Two noteworthy statements stood out in the report. First is that the car's owner was seated in the driver's seat, with his companion in the front passenger seat, which contradicts reports at the time that the wrecked car had one person in the front passenger seat and the other in the back seat, with no one behind the wheel. Second is that, although the Model S had Tesla's Autopilot driver-assist technology equipped, it could not have been in effect at the time of the crash because it couldn't be enabled in that location. This would seem to vindicate Tesla CEO Elon Musk, who insisted that Autopilot couldn't have been in operation in the crash.

The accident involved a 59-year-old man who was taking a 69-year-old passenger for a ride in his Model S P100D EV. They started on a cul-de-sac and proceeded onto a two-lane concrete road in a residential neighborhood of Spring, Texas. The NTSB report describes it as "a concrete two-lane road with one westbound and one eastbound lane and mountable concrete curbs on either side," and said it has no lane markings and is level, with a curve to the south, at the place where the Tesla crashed.The speed limit there is 30 mph, the agency said. 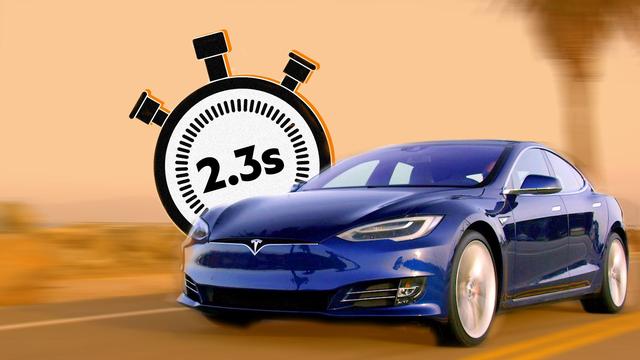 The Tesla owner's home security camera showed that he got into the car in the driver's seat, while his companion got in the front passenger seat. From his home, the car traveled "about 550 feet" before going off the road at the curve and over the curb, NTSB said, then it hit a drainage culvert, a raised manhole, and finally a tree, where it caught fire.

The report said the car's lithium-ion battery case was damaged, and in the ensuing fire the infotainment system's onboard storage device was destroyed. However, the "restraint control module," which stores data such as whether seatbelts were in use, how fast the vehicle was going, acceleration information, and airbag deployment, although damaged by fire was recovered and turned over to the NTSB's laboratory to evaluate.

Tesla CEO Elon Musk insisted that Autopilot would not have been able to work on the road where the crash occurred because it had no line markings. The report seems to bear this out, stating that two other driver-assist features, Traffic Aware Cruise Control andAutosteer, must both be engaged for Autopilot to work. In a reconstruction using a similar Tesla, the agency found that Autosteer was not usable on that part of the road, meaning the Autopilot system couldn't have worked.

The NTSB investigation will continue, working alongside NHTSA and Tesla. They will be looking into such issues as as seatbelt use, crash dynamics, and "occupant egress"—which should let the agency conclude whether the driver was actually in the front or back of the car at time of impact—among other data such as postmortem toxicology test results.

The NTSB investigates some 2500 accidents per year, with about 2000 related to aviation and the rest divided among rail, highway, marine and pipeline accidents. The agency said it has not yet decided on the probable cause of the accident but plans to issue "safety recommendations to prevent future crashes" once it does. Meanwhile, the local Texas Precinct 4 Constable's Office is also investigating on its own.

This content is created and maintained by a third party, and imported onto this page to help users provide their email addresses. You may be able to find more information about this and similar content at piano.io
Tags:  how to engage autopilot model s