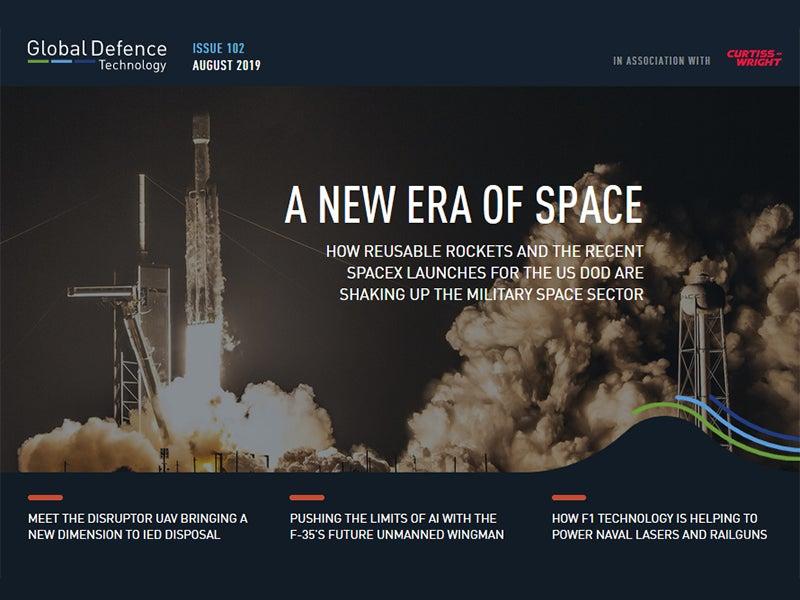 Global Defence Technology is back for another issue packed with industry news and analysis. In this issue, we look at how SpaceX is shaking up the US military space sector, find out how F1 technology could help navies to power their laser weapons, and more.

In June the US Department of Defense used SpaceX’s Falcon Heavy for the first time to propel several satellites into orbit. It was also the first time the DoD reused boosters from a previous launch. With SpaceX establishing itself as a supplier and the DoD embracing technological innovation, are we seeing a era of space launches for the US military?

Also in this issue, we take a look at the British Army’s new cyber operations centres, which are due to boost its offensive cyber capabilities by the early 2020s, speak to SteelRock Technologies about its new drone-based counter IED solution, and report on the latest developments in military training and simulation.

Plus, we find out how the UK’s Dstl is applying a motorsport technology to power future directed energy weapons such as naval lasers and railguns, and catch up with the US Air Force’s project Skyborg, which aims to equip unmanned combat drones with artificial intelligence to create an ‘autonomous wingman’ for fighter jets such as the F-35.

From defensive to offensive: the UK boosts its cyber units

The UK Ministry of Defence has announced additional funding for the British Army to stand up new cyber operations centres across the UK. Grant Turnbull looks at the threats these new units will be up against and how the army can play its part in strengthening the UK’s defensive and offensive cyber capabilities. 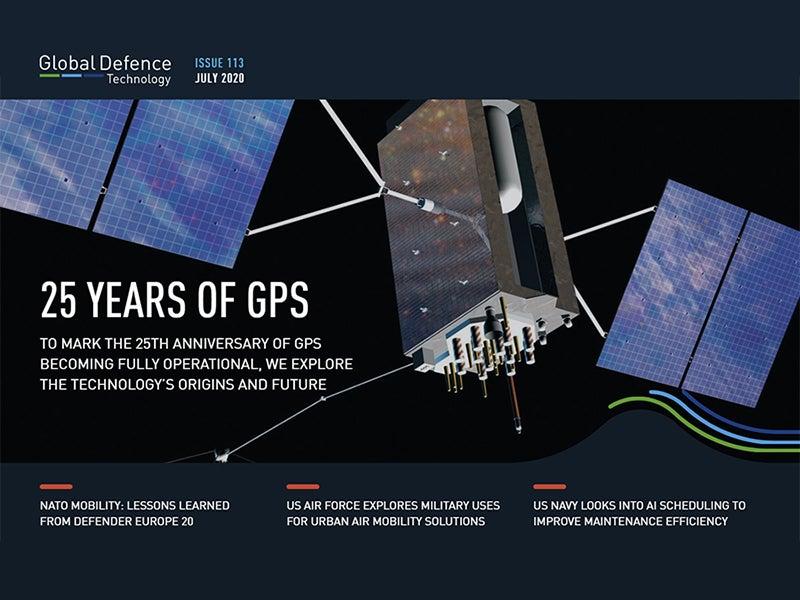 Live vs virtual training: it’s all in the balance

Live military training exercises require a huge and expensive logistical effort, while simulation is safer and more cost-effective, but does not offer participants a comparable experience. Harry Lye hears from a US military expert why the most effective approach lies in a combination of both.

Companies are looking at innovative concepts for dealing with improvised explosive devices (IEDs), including the use of drones to reduce risk to bomb disposal experts. Grant Turnbull speaks to SteelRock Technologies about its IED disruptor drone.

The US Air Force is flying at supersonic speeds towards an AI-enabled fleet with ever increasing degrees of autonomy. Harry Lye finds out how, under project Skyborg’s direction, future fighter jets will be supported by unmanned combat aerial vehicles.

Reusable rockets and the limits of space: onboard the STP-2 mission

In June the US Department of Defense (DoD) used SpaceX’s Falcon Heavy for the first time to propel several satellites into orbit. It was also the first time the DoD had reused boosters from a previous launch, which then landed again for further use. Grant Turnbull asks, is this the beginning of a new era of space launches for the US military?

The UK’s Defence Science and Technology Laboratory is working with UK industry and the US Navy to explore advanced energy storage options for British warships. Grant Turnbull finds out how the project is adapting motorsport technology to power the next generation of naval laser weapons.

British company Aeralis is developing a new class of military trainer aircraft which it says will be compatible with sixth-generation fighter jets currently in development by various countries. We find out about the challenges of designing a training aircraft for jets that don’t yet exist, and what the requirements for sixth-generation trainers will be.

Also in the next issue we hear from Eleanor Fairford, head of cyber assessment at the UK’s National Cyber Security Centre, how the cybersecurity environment and nature of attacks has changed over the past year, and speak to Brigham Bechtel, MarkLogic’s chief strategy officer and a veteran of the US Intelligence Community, about the importance of having access to mission critical data for a decision advantage across the full spectrum of operations.

Plus, we preview the top themes expected at this year’s DSEI, find out what the UK Dstl is looking for with its newly launched Intelligent Ship competition, and speak to Patriot One about its new video recognition system for homeland security applications.