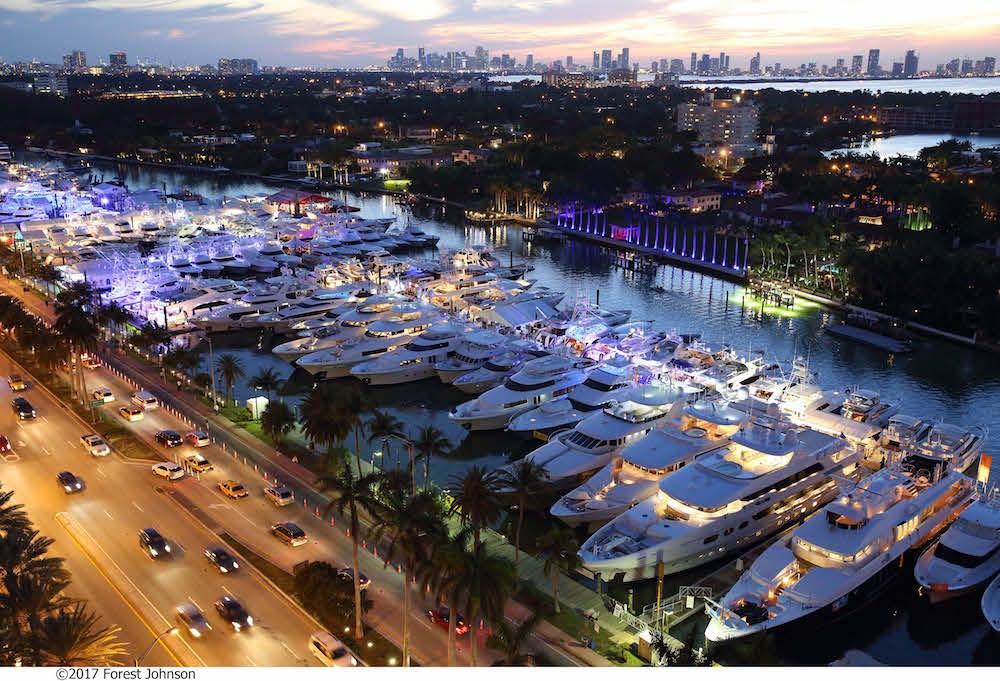 Many new marine electronics are on display at this year's show.

After a year off in 2021 due to Covid-19 pandemic concerns, the Miami International Boat Show is coming back for 2022 (Feb. 16-20). And it’s set to do so in spectacular style. After being exiled to Virginia Key for five years, the world’s largest boat show will return this year to its original popular venues, including the Miami Beach Convention Center and the Sea Isle Marina in downtown Miami.

Now officially known as the Discover Boating Miami International Boat Show, this event is the place to be if you want see and demo the latest in boats, marine engines and gear, including marine electronics. You’ll find electronics on display inside the brand-new convention center at factory exhibits and retailers such as The GPS Store. To help you get ready for the show, here are some of the latest, must-see new marine electronics to look for in Miami.

For 2022, Furuno is adding a new model to its popular NXT radar series. The DRS2DNXT features a compact 19-inch radome, and is compatible with brand’s popular NavNet TZtouch, TZtouch2, or TZtouch3 MFDs. The dome radar systems boast the same features and modes as provided by larger 24-inch NXT, including Furuno’s NXT solid-state Doppler technology, known as Target Analyzer. With a 48-nautical-mile range, the DRS2DNNXT radars also offers RezBoost to sharpen the target returns, achieving the equivalent resolutions of a larger antenna array. The new radar also features a bird mode to automatically adjust gain and clutter to detect flocks or even individual birds feeding on baitfish. $2,400; furunousa.com 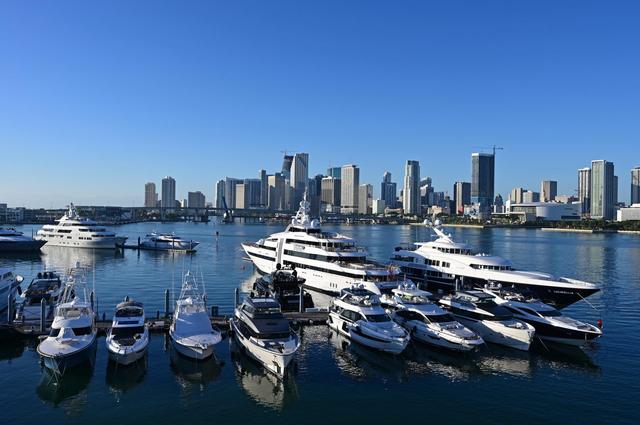 Garmin’s new Boat Switch is an all-in-one digital switching solution lets you operate up to 20 circuits right from your compatible Garmin GPSMap or EchoMap chartplotter instead of using physical buttons or switches. It offers four different switch types, including on/off for bilge pumps and nav lights, press-and-hold dimmers for cabin lights, momentary outputs for horns and timers to circulate your livewell pumps. Plus, it provides a built-in tank sender detection and calibration for as many as four tanks — including fuel, water and graywater. It installs without special tools and allows you to easily add and name switches on your chartplotter display. $999.99; garmin.com

The Nightwave D1 from SiOnyx is an affordable, compact fixed-mount camera built around SiOnyx’s patented Black Silicon CMOS sensor. Generating color images in 1080p, Nightwave requires only faint starlight as the sole illumination source to help boaters see and identify low-lying hazards such as timber or lobster-pot buoys in the water as far out as 150 yards. With a 40-degree field of view, Nightwave covers a wide swath over the waters ahead. Measuring five inches in diameter and six inches tall and weighing just under two pounds, the IP67-waterproof-rated Nightwave camera is designed to mount on hardtop in either top-up or top-down configurations. It also has a ¼-inch 20-thread receiver for using the camera with a Ram mount. To network with major brands of multifunction displays, the Nightwave D1 features an analog video cable connection that plugs into the analog video port of an MFD. The camera also offers Wi-Fi video streaming to mobile devices using the SiOnyx Nightwave app. $1,495; sionyx.com

Simrad has unveiled its latest generation of MFDs—the NSX series—with a new operating system that features additional functionality, easier integrations and support for a wide range of third-party applications. Boating anglers can utilize NSX with Active Imaging sonar, chirp sonar, SideScan, DownScan and FishReveal.Available in 7-, 9- and 12-inch touch-screen sizes, the MFDs feature high-resolution bathymetry showing contour lines down to one-foot interval with compatible charts. NSX also includes a Setup Wizard that makes it easier and faster for boaters to include displays of engine and tank parameters, optimize the autopilot, calibrate the radar and more. Boaters can edit NSX displays with a drag-and-drop system to suit their needs. NSX features extensive 3rdparty app integration to support the widest range of functionality. Starting at $1,049; simrad-yachting.com.

Winner of the Editor’s Choice Award in the Bonnier 2022 Best Elex Awards program, the Cyclone chirp pulse-compression solid-state radar series from Raymarine sports a radical open-array scanner with the profile of an aircraft wing. Designed to fit onto a wider range of vessels, the scanners are only 13.2 inches tall and weigh 51 pounds, and the aerodynamic design allows it to start and run in wind speeds up to 100 knots. Cyclone will be offered with a 3-, 4- or 6-foot antenna arrays and with either a 55-watt/6 kW-equivalent or 110-watt/12kW-equivalent pedestal and variable rotation speeds up to 60 rpm. It features both Doppler and conventional scan modes, as well as RangeFusion technology lets Cyclone combine short- and long-range pulses into a single high-clarity images that requires only one pane to view. A 50-target ARPA target tracking system is standard on all models. Cyclone models network seamlessly with Raymarine Axiom, Axiom+, Axiom Pro, and Axiom XL chartplotter multifunction displays.Starting $6,999.99 for a 3-foot 55-watt model, and topping out at $9,749.99 for a 110-watt 6-foot model; raymarine.com.

The M510 offers built-in wireless command and control of the radio using a smart device such as mobile phone via Icom’s WLAN function. By downloading the Icom RS-M500 app on an Android or iOS device, you can turn your mobile phone into a wireless mic or a remote controller for the M510 VHF. This serves as a substitution for the Icom remote CommandMic using the phone’s Wi-Fi function. The M510 VHF can connect with up to three smart devices. But this VHF offers many other features, as well, including an available integrated AIS receiver to show real-time AIS traffic information on the M510’s excellent color TFT LCD display. With built-in GPS, this VHF also can guide you to a designated waypoint. It allows you to assign up 100 destinations as waypoints. $599.99; icomamerica.com

Koden’s new KM-1100 and KM1210 Multi-Function Intelligent Display Systems are engineered to bring professional-grade navigation and data management networking to a range of commercial and recreational vessels, and will be initially offered with a 10.4-inch display (KM-1100) and 21.5-inch display (KM-1210).Both offer a feature-rich Android operating system and an advanced non-air-gap, multi-point capacitive touch screen for viewing from any angle. The units include a built-in AIS transceiver with AIS targets overlaid onto charts and variable range rings for dynamic tracking.The MFDs are designed to control advanced Koden black box sonar, sounder and radar modules The KM-1100 and KM-1210 also support a variety of electronic chart platforms, including S-57, S-63 ENC Charts and C-Map Max. The system also makes it easy to overlay satellite images and user layers onto the charts, providing additional critical data and a three-dimensional presentation. Starting at $1,699 for the KM-1100, $3,699 for the KM-1210; si-tex.com.

Tags:  how to use simrad autopilot