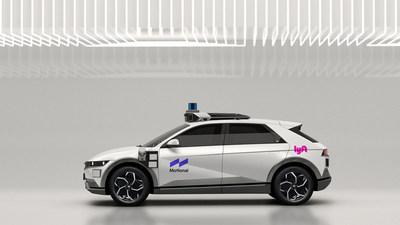 The service was supposed to begin in the first half of 2021, but the uncertainty of the COVID-19 pandemic caused the companies to push back the launch. Motional and Via initially planned to develop a “blueprint” for on-demand shared robotaxis and learn how these vehicles could be integrated into mass transit. The companies have since scrapped plans for a shared service and will instead offer only private rides, Motional confirmed.

The new service comes just a few months after Motional announced plans to start a commercial driverless ride-hailing program with Lyft in Las Vegas by 2023, an extension of the two companies’ existing partnership. Motional and Lyft aim to begin start offering free rides without a driver in the car by the second half of this year, where members of the public can book one of Motional’s electric Hyundai IONIQ 5-based robotaxis through the Lyft app.

Motional and Via are taking a somewhat similar approach to Cruise and Waymo by initially offering free rides. However, Motional is not prevented, at least legally, from charging for rides in Nevada.

Nevada has far fewer AV regulations than California, where Cruise and Waymo are currently seeking commercialization. For example, Nevada makes no distinction between testing or operating with a human safety operator onboard or without, and its legislation says nothing about offering AVs as a service for delivery or ride-hail. This means companies can technically charge for commercial AV services there now, simply because there’s no regulation saying they can’t, according to a spokesperson for the Nevada Department of Motor Vehicles. The spokesperson did note, however, that new legislation is being drafted. 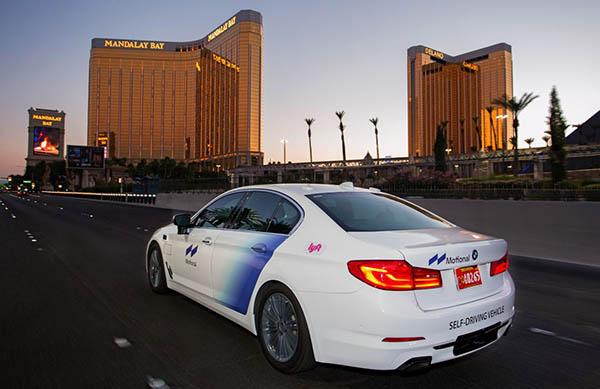 Motional says it has a permit that allows it to charge for fares, as it’s done with its existing drivered Lyft service in Las Vegas, but did not elaborate on whether that permit was related to AVs or was given to the company for operating a taxi service in the city.

At this stage, Motional and Via are offering free rides to both promote the service and for their own learning purposes so they can collect rider feedback and study how their tech works together, said Abby O’Malley, a spokesperson for Motional. The spokesperson would not confirm if or when the companies aim to operate a commercial service, only saying, “Motional looks forward to learning from the pilot and expanding its partnership with Via in the future.”

Starting Thursday, passengers can book one of Motional’s self-driving BMW 5-series robotaxis on the Via app, the same vehicles that Motional is using with its current Lyft service. The fleets for both services will be separate, according to O’Malley, who added that the company is also still using its Chrysler Pacificas for testing.

The Via service will be available from 9 am to 5 pm Monday to Friday. Passengers can be picked up or dropped off at select points downtown, which will be highlighted on the Via app, including RTC Bonneville Transit Center, Las Vegas City Hall, Container Park, Las Vegas Arts District and Clark County Government Center, says Motional.

“The vehicle will take the most efficient route at that time, within the [operational design domain], based on the passenger pick-up/drop-off request,” O’Malley told TechCrunch. “It’s not a fixed route, as a bus would take.”

Motional would not disclose the size of the fleet it’s operating with Via in Las Vegas, but O’Malley said the companies will be closely monitoring demand and have the foundation to scale the service in the future.

Tags:  does bmw have self driving cars