Marvel’s Hawkeye – Episode 6 Review – ‘So This Is Christmas?’

With only six episodes to make an impression Hawkeye was up against it from the outset. Audiences were cautious, viewing figures were poor and people seemed oddly indifferent. It featured a second tier Avenger, another arrow totting teenage and promised nothing new on paper. The reality is thatHawkeye might have been Marvel’s strongest small screen outing sinceWandaVision, with everyone on blistering form.

Much of that has been down to the on-screen chemistry between Hailee Steinfeld and Jeremy Renner. Sassy, surprising and vaguely slapstick, much of the heavy lifting is done by Kate Bishop while Hawkeye plays straight man. This dynamic has made every episode a real pleasure, allowing plots to unfold and tensions to be controlled by some cunningly deployed comedy. Another element which has been a real surprise is Florence Pugh’s Yelena Belova. 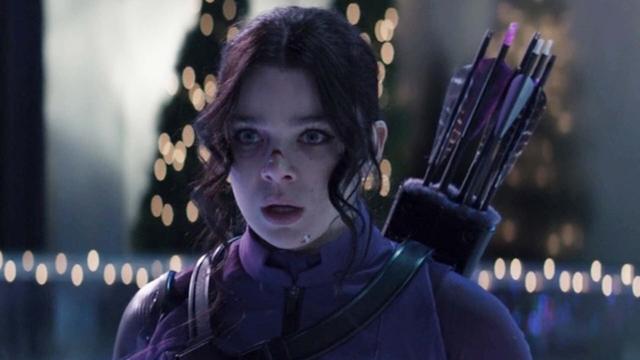 Trained assassin, queen of the pithy comeback and more than a match for most people, Yelena has givenHawkeyean additional edge. Either going face to face with Kate Bishop or anyone else in the vicinity, Florence Pugh steals every scene without breaking sweat. Either pursuing vendettas or trading blows, there is no denying the gravitas that comes with this character and her overall impact on events. However, this flawlessly inventive television show does come unstuck slightly in the last hour, due to narrative overload.

As a result, Vincent D’Onofrio’s Wilson Fisk feels wasted in a trimmed down cameo role, while the Russian tracksuit mafia are relegated to comic relief. Granted their appearance does garner a laugh out loud moment, but nonetheless this threat has now been neutered. Likewise, by robbing audiences of a scenery chewing Kingpin that simmering threat, volatile temper and physical dominance are only ever hinted at rather than demonstrated. Having gone toe to toe with Charlie Cox as Matt Murdoch for three seasons ofDaredevil, his fleeting appearance here is disappointing. To add insult to injury the relationship with Maya, which had been built up through flashbacks, never really gets unpacked either before being brutally resolved.

Although the finale does have some high points, especially between Yelena and Kate, a creative need to tie everything up neatly almost spoils things. Storylines which had only just begun to breathe feel truncated, as threats are neutralised and narrative autopilot kicks in.

Reconciliations, toppling Christmas trees and a number of drama free fight scenes make things feel formulaic. Nuance and invention are jettisoned in favour of finale by conference call. There is a distinct impression that the writers had an agenda for this one, which demanded contrivance over anything more impressive.Hawkeye had every right to be a great show, but this final hour diminishes its reputation by acknowledging Marvel house rules.

Dramatic opportunities are wasted, a great character never really delivers on the hype and things feel safe. To see Hawkeyereduced to a string of pedestrian choices undoes all that good work. A fact which will stick in the memory of most and perhaps make people think twice before tuning in.

FacebookTwitterFlipboardRedditPinterestWhatsApp
Tags:  how to autopilot avenger