In pictures: the UK MoD’s future robot army THANK YOU 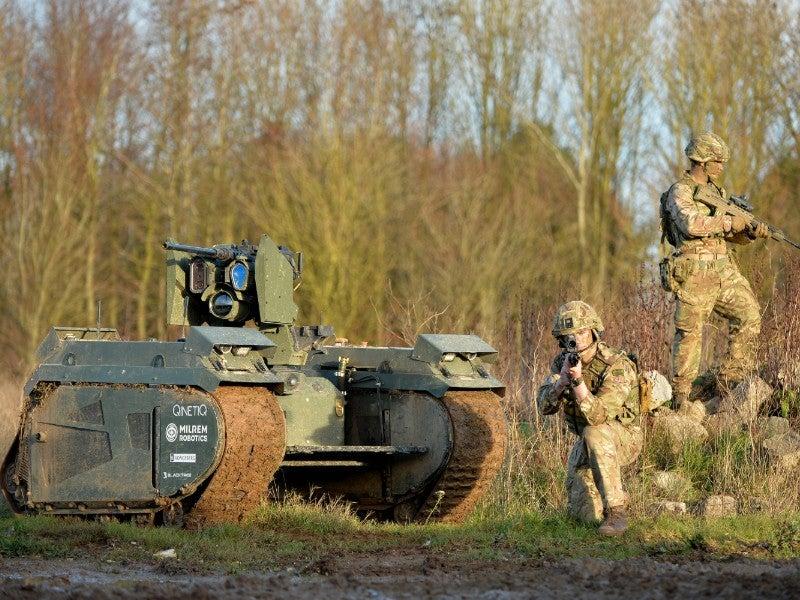 In March, the UK Ministry of Defence (MoD) approved £66m from the £160m Transformation Fund to expedite the development of future military robots for use in the battlefield this year.

The funding will be used to develop technology such as small unmanned aerial vehicles (UAVs) for greater situational awareness and intelligence, surveillance and reconnaissance, as well as autonomous vehicles for delivering supplies to troops, and remote-control systems that can be added to existing army vehicles to be used alongside manned vehicles.

Colonel Peter J Rowell, assistant head of Capability Strategy and Force Development, who was present at AWE 2018, said: “Robotic and autonomous systems make our troops more effective; seeing more, understanding more, covering a greater area and being more lethal. They unshackle them from the resupply loop. These are game-changing capabilities; and not just for combat operations. They are equally useful in humanitarian and disaster relief operations.”

In March 2019, UK drone developer Blue Bear won a £2.5m contract from the MoD to develop a swarm of drones to provide greater situational awareness, and confusion and deception. 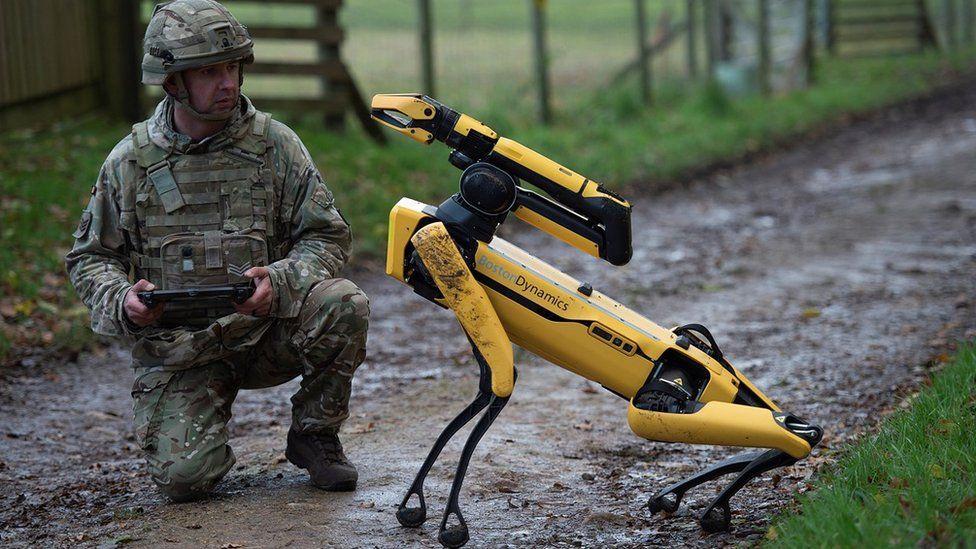 Small UAVs can provide aerial surveillance and reconnaissance at a smaller cost and risk to human life than, say, flying a manned helicopter. They are also a bit more discreet, as helicopters flying at 500ft can make noise of around 80dB-90dB.

Furthermore, during AWE 2018 the army organisers testing the equipment found that when a UAV was flying overhead troops, perhaps in a wooded area, it would flush the enemy out of hiding. In this way, small drones provide a battle tactical purpose, which can disorientate enemy combatants.

Another area of robotics innovation is focusing on defence logistics capabilities. While drones can carry small payloads to an extent, the British Army is also looking at developing autonomous vehicles that can provide ground support for troops. As such, they need to have capabilities to traverse difficult terrains.

The UK MoD and the British Army tested the Titan Sentry and Strike during AWE 2018’s autonomous last mile resupply challenge, which looked at new ways to get supplies to the front line while minimising the risks involved.

Titan is an unmanned ground vehicle developed by QinetiQ North America and Estonia’s Milrem Robotics. For Titan, Milrem incorporates its Tracked Hybrid Modular Infantry System (THeMIS), a 6.5ft-wide, 3ft-tall tank-like robot capable of reaching up to 20mph, with QinetiQ’s robotic control technology. It can be used for carrying large payloads, as a medevac or fitted with a machine gun for attack roles.

Another company present at AWE 2018, Horiba Mira showcased its array of autonomous future military robots, including technology that can be added to an existing manned vehicle to convert it into a UGV.

Imagine having a Land Rover Defender, or a Mastiff, or even a combat tank that is fully autonomous and can enter hazardous areas or warzones without the need for a human driver, “putting metal before the flesh”, as Rowell described it in a GDT interview in February.

Horiba Mira’s UGVs use its Module Autonomous Control Equipment (MACE), which is central to both the full UGVs, such as MACE2 and VIKING platforms, as well as its converted manned vehicles such as the PANAMA, a remotely operated vehicle is designed primarily for IED detection and comes equipped with a variety of sensors.