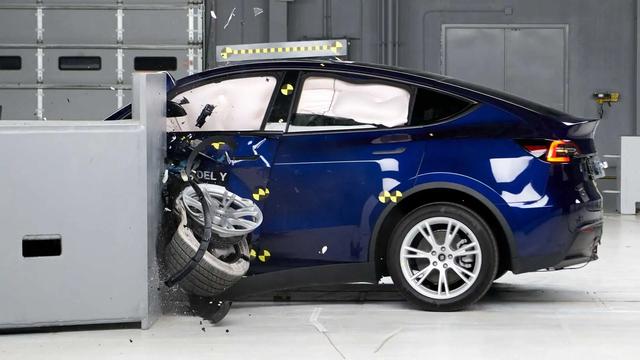 The Insurance Institute for Highway Safety (IIHS) just announced that it has created new safeguards related to partially automated vehicles. However, the related ratings program doesn't measure how well the active safety features work, but rather, whether or not the car's technology works to keep drivers alert and ready to take control.

If you head to the IIHS-HLDI website, you'll see a new message right at the top of the page. It reads as follows:

Ready to take over

Vehicles with partial automation need to have safeguards in place to help drivers stay focused on the road. IIHS is developing a ratings program to evaluate attention reminders and other measures.

As more cars arrive to market with semi-autonomous features, driving assistants, etc., various safety organizations and regulators will be working to ensure that the technology is safe. However, in the end, no matter what type of system is engaged in a vehicle, the driver is responsible. IIHS President David Harkey shares:

“Partial automation systems may make long drives seem like less of a burden, but there is no evidence that they make driving safer. In fact, the opposite may be the case if systems lack adequate safeguards.”

A Tesla driver was just recently charged with a felony for running a red light and killing two people. Reportedly, the car was on Autopilot, but that doesn't make any difference. Autopilot doesn't stop for red lights. It's essentially like having your car on cruise control and just failing to pay attention to traffic signals. IIHS writes:

"The Insurance Institute for Highway Safety is developing a new ratings program that evaluates the safeguards that vehicles with partial automation employ to help drivers stay focused on the road.

The safeguards will be rated good, acceptable, marginal or poor."

For a vehicle to earn a good rating, the system will have to work to keep driver's eyes on the road and their hands on the steering wheel, or at least ready to take control of the wheel at a moment's notice. Cars are also expected to have alerts and emergency systems in place if a driver refuses to watch the road and be ready to engage.

Interestingly, IIHS cites Consumer Reports' similar new plan to provide points for a car's partially automated driving system. However, the system will only get points if it has adequate driver monitoring technology in place. CR recently wrote that Tesla's camera-based driver monitoring system is inadequate, though some publications argued that the organization was driving a car that hadn't received that latest software update. 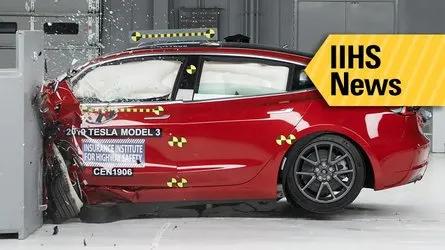 IIHS goes on to write, "Despite misleading messaging from some manufacturers, for now, at least, self-driving cars are not available to consumers." While the organization doesn't specifically mention Tesla here, it appears the organization is referring to the electric automaker, which it goes on to mention directly later in the press release. We've included the quote below:

"One of the most heavily publicized fatal crashes to result involved a Tesla Model X in Mountain View, California, in 2018. The National Transportation Safety Board found that the driver was most likely distracted by a cellphone video game when the vehicle’s “Autopilot” system accelerated into a highway crash attenuator."

IIHS notes that it's not just "deliberate misuse" that's the problem. Instead, too much trust in a system can lead to complacency. If a driver thinks the car's "self-driving" tech is more proficient than it actually is, they may let their guard down.

As these new ratings become a reality, they could work to help or hurt a car's overall safety rating. Currently, Tesla touts its cars as the safest vehicles on the road today. The Model 3 and Model Y are both IIHS Top Safety Pick+ award winners. However, if these cars don't properly monitor driver behavior, their ratings could drop in the future.

Based on our understanding, Tesla's vehicles have in-cabin driver monitoring that's become increasingly strict of late, though it doesn't seem to be the case with all versions of all cars. In addition, Tesla Autopilot nags the driver to keep their hands on the wheel. There's also a system in place that will take away the privilege to use the technology if misuse is detected. These systems all read as precisely what IIHS is looking for, but perhaps they're not aggressive enough?

Do you think IIHS is using Tesla's latest driver monitoring features as an example of what all automakers should be doing? Or, is the organization concerned that Tesla's driver monitoring technology is inadequate? We'll have to wait and see how various vehicles perform in the new ratings program.

While the safety organization can't yet pin down exact timing due to a lack of cars to test, the IIHS says it may have the first of these new ratings in place this year.

There's a whole lot more information in the IIHS article. Follow the link below to read it in its entirety.

By: Steven Loveday++++ Got a tip for us? Email:tips@insideevs.com