How Good Can Dozers Get? OEMs Answer With Their Latest Models 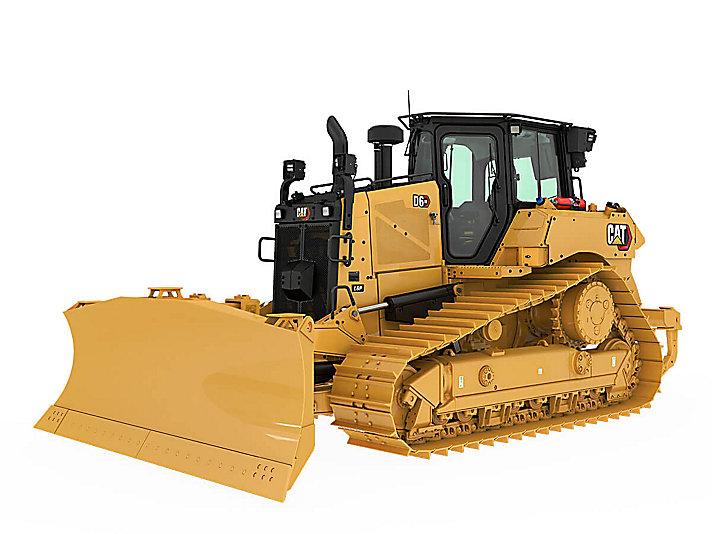 Dozers have been recognizable in their current form for nearly a century. After this much time a machine this basic must be fully evolved, right? Not so, say manufacturers. Their newest dozers are more advanced and more capable than ever before.

Much of the advancement of dozer design is owed to technology. One example is Komatsu intelligent Machine Control 2.0, which debuted at this year’s ConExpo.

Version 2.0 of iMC consists of a suite of features, including Proactive Dozing Control. While other systems are reactive and adjust blade position and drive torque in response to conditions, the iMC 2.0 package is proactive. It uses machine learning to update its internal map of the work area with each pass and anticipate the need to adjust performance parameters. Older systems had trouble with the first pass to remove topsoil. This new technology can be used from first pass to last and can start the job without GPS, drone or survey information.

Another feature of iMC 2.0 is Lift Layer Control, which provides uniform spreading. Jason Anetsberger, senior product manager for iMC for Komatsu, says the stroke-sensing cylinders and on-frame inertial measurement units (IMUs) are similar to what has been used in the past. “It’s what we do with the information, the data processing that sets iMC 2.0 apart.”

Cat Stable Blade has new sensors and a new algorithm for smoother results in manual dozing. Slope Indicate and Slope Assist for 2D grading have also been improved. Cat 3D is now available in medium-size dozers. It is driven by three IMUs and two GNSS sensors and features an improved user interface.

Blade load monitoring and traction control are new to the D5 and will be coming to the D6 and D7. These models have improved steering power and a variable turning radius. The deceleration pedal controls the turning radius; it can also slow the machine to a full stop. Hill hold is standard, as is hill descent control, which will engage the brakes if needed. 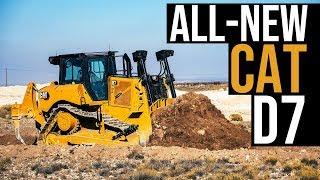 The 850N is the first in the upcoming N Series dozer line from Case. One key feature is the inclusion of the Case Universal Machine Control platform, making each machine compatible with products from any of the Big 3 machine control technology providers: Topcon, Trimble and Leica Geosystems. Compatibility is enabled through the use of universal components, including wiring harnesses, jumpers, and brackets and mounts.

“This allows Case dozers to be deployed straight from the dealer into whatever grade control system the customer is currently using,” says George MacIntyre, product manager, Case Construction Equipment. “It also increases residual value, as that Case dozer will be compatible with any solution upon resale into its second and even third operational lifespan.”

Transmissions on L Series dozers from John Deere come with factory presets. Operators can customize those presets to further personalize the machine. Presets can be configured to match operator preference or the demands of various applications. A personal identification number (PIN) can be used to automatically load operators’ settings when they start the machine.

“A key part of the upgrades on the 700L, 750L and 850L were the blade options,” says Cory Brant, solutions marketing manager for John Deere. L Series blades have an abrasion-resistant skin. New blade offerings, including a 161-inch option for the 750L, “ensure that every customer has the right blade for their operation.”

The Cat D7 sees a return to an elevated drive sprocket for easier cleanout and good drive system balance. The D7 has been at shows but will not enter the market until 2021 as the latest in the Next Generation series of Cat dozers. Other Next Generation models include the D6 and D6XE, which have been available for some time, and the D5, which became available this year.

Next Generation features common to all include a fully automatic powershift transmission with lockup torque converter and new cabs with fully integrated ROPS for improved visibility, increased interior space and easier entry and exit. “Next Generation cabs are all-new, from the seats to the monitors and everything in between,” says Sam Meeker, Cat product application specialist. “This is, after all, the operator’s professional office environment, and it should appear and function accordingly.”

A ROPS canopy is standard on the Case 850N; an optional ROPS cab features floor-to-ceiling straight-panel glass doors for improved visibility to the blade. Cab-forward design, a sloped hood and a smaller front idler sprocket further enhance forward visibility. Case retuned the undercarriage and cab mounts on the 850N to reduce vibration. Noise drops to 73 decibels.

The D71 from Komatsu is more than a showpiece for improved hard parts; it is the bellwether of trends in this size class (the D71 has 237 horsepower and weighs 52,000 pounds). “With its hydrostatic transmission, slant-nose design, rear-mounted radiator and iMC 2.0, the D71 has amazing versatility,” says Kurt Moncini, senior track product manager, excavators and dozers for Komatsu.