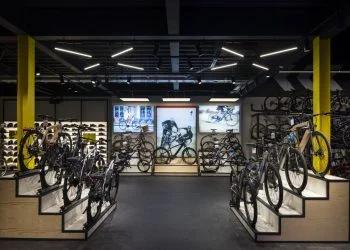 As Abu Dhabi is aiming to become a global cycling hub, big data can be used to create smart, safe and secure cycling infrastructure, a top expert said. 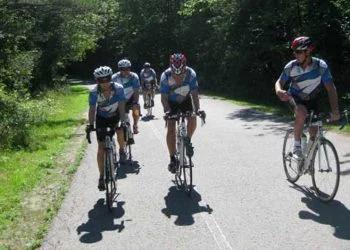 “We all know that data is critical for smart cities. Having data about the safety, conditions, use frequency and performance of cycling routes can help prioritise interventions and be a tool for city planners and engineers to become more data led. Through measuring cycling traffic, urban planners can optimise routes and amenities that support day-to-day activities. That makes cycling safer, more efficient and enjoyable,” said Irene McAleese, co-founder of UK-based See.Sense, which strives to make cycling safer and smarter through use of sensors and AI-fusion technology.

McAleese took part in a panel discussion on smart cities and use of technology held at Expo 2020 Dubai. She noted that integrating smart solutions into day-to-day cycling is a lot easier than it may seem.

“It can be as straightforward as cyclists installing a geo-tracking sensor onto their bikes. Cities including Dublin, Antwerp and London have all been able to see bicycle traffic movement through Smart Cycling projects involving the installation of such devices on bikes. By understanding how people are moving across the city and identifying origin and destination patterns, entire infrastructure networks can be evaluated, and Intelligent Transport System (ITS) applications – such as more optimal timing of traffic light changes – can be promoted,” she told Khaleej Times.

McAleese isn’t surprised with Abu Dhabi’s ‘Bike City’ tag, and is impressed by initiatives like Bike Abu Dhabi, Loop and velodrome, and plans to extend the cycling network to more than 1,000km.

“Abu Dhabi has made some impressive investments in its cycling infrastructure over recent years.”

She underlined that smart cycling infrastructure makes it easier to get around by bike.

“It helps to understand where high traffic areas are for cyclists, identify average cyclist speed in specific roads and areas, and can even record where there have been crashes, helping to mitigate future incidents. It can benefit car users as well. If there is a particular junction where cyclists and car users are jostling for space, the city planners can understand that and design appropriate solutions: be that bike lanes, suggesting alternate routes for cyclists, or designing additional measures.”

“One of the key smart cycling technologies that a range of entities have proposed is having individual geographical trackers for each bike, indicating their speed, movement, road condition, and any other cyclist feedback. Through this, cities can gain deeper insights into their cycling network and better understand where improvements are needed. These insights can empower transport planners and engineers to make informed plans and policy decisions, enhancing existing infrastructure. As a result, such devices can make a tangible enhancement toward cycling in cities worldwide, including Abu Dhabi,” she added.