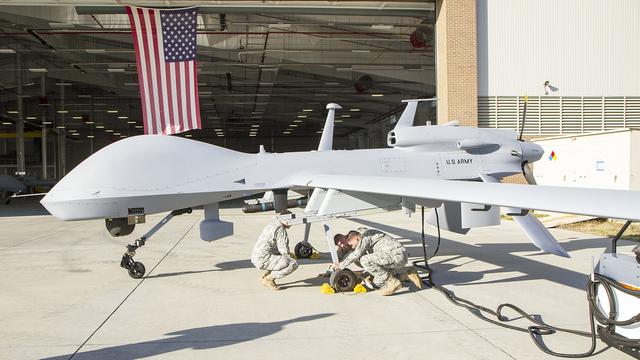 Fast forward to today, and the Kiowas are all gone, with some units still converting over to the Apache and MQ-1C to take up the armed reconnaissance mission. Thus establishing an MQ-1C presence on the Korean Peninsula with the Army's 2nd Aviation Regiment that is permanently based there as part of the 2nd Infantry Division is more a part of the Army's larger tactical aviation master plan than anything else. Not just that, but the MQ-1C is incredibly well suited to the tactical situation in the Korea area of operations. When not teamed with Apaches or forward ground-based elements, these aircraft can fly along the demilitarized zone, carrying different sensor packages to suck up image/WAAS, radar, electronic, communication and other forms of intelligence. In Korea, Gray Eagle can also do this largely within line of sight of its ground control stations, without the need for a continuos satellite data-link. During a time of war, Gray Eagles can jam enemy radio communications, hunt for active artillery positions, missile launchers, regime elements and track troop movements. It can even take out targets of opportunity itself if it ends up being operated in an armed state, a move that will require the approval of South Korean government. 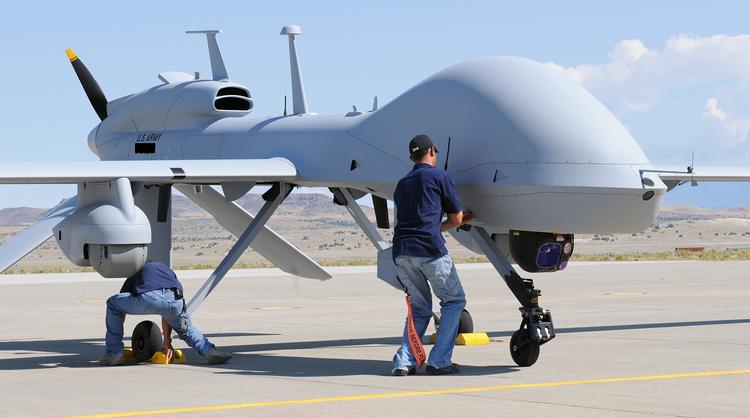 In the end the Grey Eagle's arrival in South Korea fits in with the US Army's master plan for tactical aviation, and beyond that the aircraft provides relevant capabilities to allied commanders. But the idea that its permanent deployment, which will likely be to Kunsan Air Base, is some type of escalating response to North Korea's recent missile launches and other acts, is likely inaccurate, but it does make for a good headline and impactful propaganda.