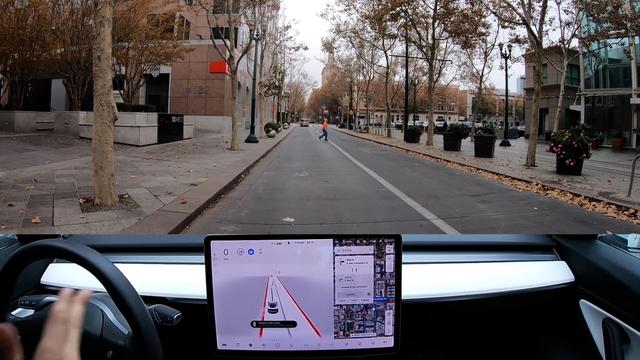 After a month of safe and cautious driving, I finally achieved a Safety Score of 99 last week, and shortly thereafter, I was granted access to the Full Self-Driving Beta for my 2021 Model Y. The experience with the FSD Beta over the last seven days has made a few things clear: it’s very much a beta, but it’s very, very impressive when it works.

I have a 2021 Tesla Model Y, which I took delivery of in December of 2020. Prior to that, I had a 2018 Model 3 – so I am well-versed in what it’s like driving with Autopilot, Navigate On Autopilot, and Autosteer.

My Model Y is equipped with radar hardware, unlike more recent Tesla’s coming out of the factory. Until last week, my car was still using its radar hardware for Autopilot, but that changed when I enrolled in FSD last week.

When you enroll in FSD, Tesla transitions your entire car to Tesla Vision, which is its camera-based Autopilot system. This comes with its own fair share of bugs.

Every Tesla owner has likely experienced “phantom braking,” which is when your car slams on the brakes for no apparent reason on the highway. Unfortunately, this has become even more common since my car was transitioned entirely to Tesla Vision.

Tesla Vision also has some (supposedly temporary) limitations, including that your speed when using Auto Steer is limited to 80mph and that you must use Tesla’s automatic high-beam system for your headlights. In Texas, driving 80mph on the interstate will get you passed and flipped the bird. (I have a hard time believing Elon Musk himself is driving around Austin with Auto Steer limited to 80mph.)

Additionally, Tesla’s auto high-beam system leaves a lot to be desired. Be prepared for your brights to frequently turn on and off without reason.

Ultimately, I understand why Tesla wants to transition its entire fleet to Tesla Vision and phase out radar, but I do wish there was some sort of middle ground for us owners whose cars have radar hardware. Regardless, I can only hope that Tesla Vision, like FSD itself, will continue to get better over time and these limitations can be lifted.

The first thing I immediately noticed after installing the FSD Beta was the new visualization on the display. It’s incredibly impressive to see just how much data the cameras are collecting and using in real-time, including cars coming in multiple directions, lane markings, traffic controls, and more. Tesla’s on-screen visualizations have always been impressive, but this takes things to the next level. 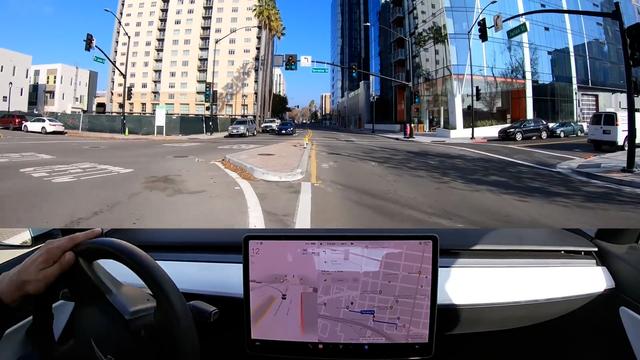 One of my favorite touches is how the visualization changes at an intersection, switching to a bird’s eye view of what’s around you.