Everything you need to know about 'Loki' before it airs 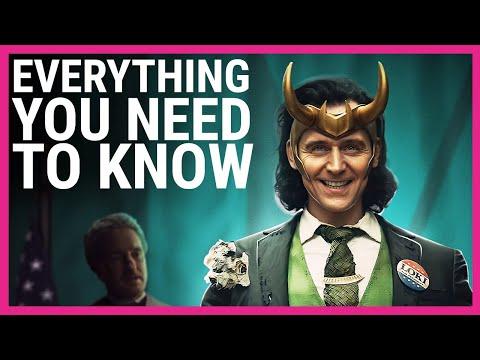 Ladies and gentlemen, the moment you've been waiting for, the pride of Jotunheim: Loki Laufeyson! The MCU's OG green meanie is back from the dead (kind of) and ready to step into the spotlight as the star of his own Disney+ streaming series.

Loki is even more of a black box than the two previous Marvel shows have been, but we know from trailers and clips that his show deals with Loki's capture by the Time Variance Authority (TVA) and a mysterious timey-wimey project that only the God of Mischief is suited for. But wait — what does any of this mean? I'm sure you have questions. We have answers.

Going to get this one out of the way: isn't Loki dead?

Yes, the Loki we know and love from the Marvel movies is super dead. Thanos murdered him (for real, this time) in the beginning of Avengers: Infinity War and the pulverized dust of his lifeless Jotun form is glittering somewhere in the inconceivable vastness of space.

That was beautiful. So how does he have a TV show again?

Great question, buckle up. The Loki in Loki is not actually the guy we know and love from the Marvel movies — or at least not all of them. Remember how the Avengers did their time heist in Endgame and a group of them went back to 2012 to grab a pair of infinity stones from the Battle of New York (a.k.a the events of The Avengers [2012])? Yeah, those dummies accidentally up and created a massive, god-shaped fracture in spacetime.

In The Avengers, Loki is a villain who opened a portal in space to bring Thanos' army to earth. To do this, he had the Mind Stone in his magic scepter and the Space Stone encased in the Tesseract (the glowy blue box thing that half the MCU has fought over at some point). This plot ended badly for Loki, because the Avengers defeated his army, captured him, and sent him to Asgard, after which he lived to hang around for the rest of the main timeline until his death in 2018.

In Endgame, the Avengers who survived the Infinity War (where Main Timeline Loki was already dead), went back in time to the moment their past selves captured Loki in The Avengers to borrow those two infinity stones he was rocking. This plot ended badly for the Avengers, because Past-Loki took advantage of the chaos of the time heist to grab the portal-creating Tesseract/Space Stone and disappear to parts unknown.

This created theLoki Variant, the past version of Loki who is displaced in time and has none of the character development or memories "our" Loki would have experienced after the events of The Avengers. This Loki Variant is the star of Loki on Disney+.

Okay, that's a lot. Is the Loki Variant a good guy or a bad guy now?

I mean, can anyone answer that question about Loki, ever? He's had more heel/face turns in the MCU than Seth Rollins has in the WWE. As fans we know that Loki is capable of redemption, especially after sacrificing himself in The Dark World (wait, no, he faked his death and took over Asgard), partnering up with Thor in Ragnarok (well, technically he caused the apocalypse and stole the Tesseract from Odin's vault), and spending his final moments in a selfless attempt to save his brother and people by assassinating Thanos (sad, but morally fine for once). By the end he was a good guy, for sure. 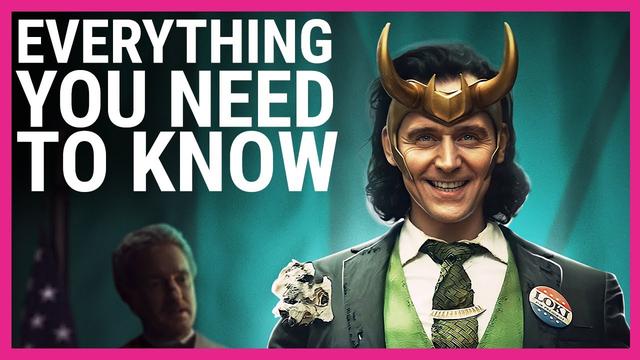 The problem, as stated above, is that the Loki Variant didn't experience any of that. The Variant is Loki at his most villainous, picked up mere hours after he gouged a guy's eye out at a gala, forced a bunch of Germans to bow down before him as their god, and wreaked extraterrestrial hell on midtown Manhattan. Not a good look! So Loki Loki is probably a lot worse than he's ultimately capable of.

Does this mean I don't have to watch the back half of his movies to get this Loki's whole story?

Nice try. The MCU doesn't cut corners when it comes to its characters' appearances, so even though this isn't the same Loki from four of his six movies it's probably going to be important to know Loki's deal in both timelines.

Also, he's a delightful character and one of the most compelling villain/antiheroes in the whole MCU so, you know, it'll be fun revisit his greatest hits. Starting with...

Thor introduces Loki as our hero's sneaky, jealous younger brother and sets up a rivalry between Loki and Thor that lasts for three entire MCU phases.

In The Avengers, Loki steps out from his brother's shadow and partners with Thanos to take over Earth, which makes him a threat of such massive proportions the world's only answer is to assemble their mightiest heroes to defeat him. So hey, thanks for the Avengers, Loki!Note: this is where the variant splits off from the main timeline.

After The Avengers, Loki's time in space prison is cut short when Thor needs him to help defeat the Dark Elves. Honestly you don't need to rewatch this one, the important thing is Loki sacrifices himself to save the day and redeems himself as a hero.

Much to the consternation of his fans, Loki's only in Infinity War for the first five minutes. The opening scene of Infinity War comes to a climax with Loki's heroic death, when he finally redeems himself and becomes a true hero of Asgard. Pour it out for a real one. Until...

Finally, the Loki moments that bring us to the creation of the Loki Variant and the lead-up to Loki. To recap above: time heist, Loki from The Avengers escapes his fate and disappears, Loki Variant is now displaced in time but more importantly alive to headline a streaming television miniseries event only on Disney+. You're all caught up.

Are any other Marvel characters going to show up in Loki like they did in WandaVision and The Falcon and the Winter Soldier?

Not that we know of, for once. Though WandaVision heralded the return of Darcy Lewis, Jimmy Woo, and Monica Rambeau, and TFATWS brought back Rhodey, Sharon Carter, and Zemo, there are crickets from the MCU on whether or not any established characters will turn up on Loki. Since Loki starts off in an interdimensional space agency displaced from time, which most Marvel characters don't even know about, it makes sense that they wouldn't show up in the TVA, but if Loki is going around repairing timelines there's a chance he might stumble upon someone (or some-when) familiar. Stay vigilant.

What do we know about the characters on Loki so far?

Almost nothing, isn't that fun? Since Loki himself is the only obvious connection between this show and the rest of the MCU, Loki has an all new cast of supporting characters that Marvel Studios has done an admirable job keeping under wraps. We only know the real names of two other characters besides Loki, and they are...

Owen Wilson plays Mobius M. Mobius, an agent with the Time Variance Authority, an organization that is responsible for maintaining the proper flow of time in the universe. For some reason he thinks the Loki Variant would be a great asset to the TVA and is trying to recruit him for a job in the trailer, or at least that's what it looks like on the outside.

In the comics, Mobius M. Mobius is kind of a piddly middle management type in the TVA until he encounters the Fantastic Four, which should make everyone's Fantastic Four in the MCU radars beep wildly, if with little promise.

Gugu Mbatha-Raw plays Ravonna Renslayer, a character who appears to be some kind of time judge in the TVA. Since the Loki Variant is a walking, talking temporal mistake, she might have a role in figuring out what to do with the little stinker.

In the comics, Ravonna Renslayer has a love-hate (mostly hate on her end) relationship with Kang the Conqueror, which may be a detail to keep an eye on considering actor Jonathan Majors is cast to play Kang in Ant-Man and the Wasp: Quantumania (2023).

All right, I'm ready. Where can I watch Loki and when?

Loki premieres on Disney+ on June 9 and will run for six episodes. New episodes will likely drop every Wednesday at midnight PST, or 3 a.m. EST.