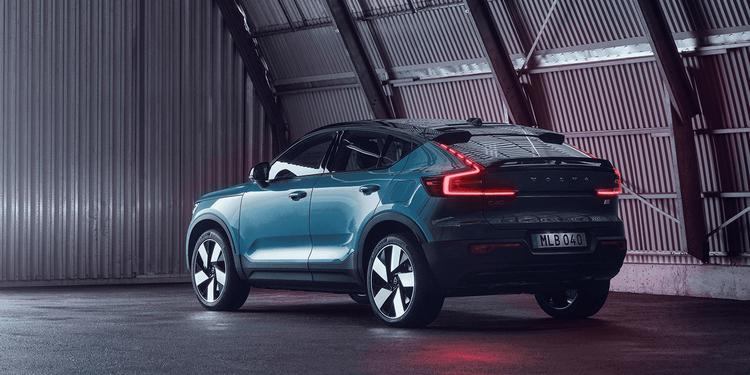 Supporters of EVs will tell you that electric cars are just like regular cars. For the most part, they’re right. You step on the pedal on the right and the car goes, you turn the wheel and the car turns, and the only real difference is what kind of fuel goes in it. If we’re being completely honest, though, that’s only mostly true. Most of the time, the only difference is what kind of fuel goes into the car, but the other differences probably need explaining in order for mainstream buyers to buy electric cars.

To provide that explanation, we’ve launched a new segment called “Electric Car FAQs” that hopes to answer those oddball questions that come up one percent of the time. Today’s question: how long do electric cars last?

We get lots of questions about electric cars around here. Some of them are interesting, some of them are baffling, but this one that came up recently had us typing up a storm in our Slack channel. Someone mentioned that the highest mileage ever Tesla had “only” 276,000 miles on it — which, of course, was way off. At least one Tesla driver in Canada has put more than 700,000 miles on their Model S …

Move along, nothing to see here https://t.co/JEMrSERakn

… which is impressive, but hardly the whole story, right? For every 300,000-mile electric taxi or 150,000-mile EV commuting commando out there, there seems to be another story about an EV owner who has trouble right away. So, what gives?

There’s a lot to unpack here, and some of the people who have been lapping up the anti-EV propaganda at Fox News seem to still think of electric cars in the same terms as an i-device, so let’s dig into the question of EV longevity a bit more and see where we end up.

When we talk about EVs and i-devices, we’re obviously comparing the cars to a certain “fruity” phone and tablet manufacturer that likes to bring out new and improved versions of its most successful products every year. That means — if you want to be seen as a cutting-edge, early-adopter type of person — you’re buying a new one every year or so. Cars have traditionally had a longer product cycle, with mild “refresh” updates coming every two to four years and major redesigns coming along every 6-8 years from the most aggressive car brands. That’s partly because cars are much more expensive to get ready for market than phones or tablets or laptops — mainly because you don’t have to go to the trouble and expense of crash testing a cell phone!

So, short answer: no. You won’t have to buy a new “i-device” electric car every year — at least not until the i-people officially launch their i-coupe. And that “no” seems to be true even in the most extreme electric vehicle use cases.

How extreme? In 2019, a shuttle service in Southern California called Tesloop maintained a fleet of Teslas that racked up over 300,000 miles each, with no signs of slowing down. “The company’s fleet of seven vehicles — a mix of Model Xs, Model 3s and a Model S — are now among the highest-mileage Teslas in the world,” writes Michael Coren, in Quartz Magazine. “They zip almost daily between Los Angeles, San Diego, and destinations in between. Each of Tesloop’s cars are regularly racking up about 17,000 miles per month (roughly eight times the average for corporate fleet mileage). Many need to fully recharge at least twice each day.”

In the “lab” with the Tesla fleet, courtesy of Tesla.

We covered this question in depth in another EV FAQ post, but it’s worth a quick recap here, as it speaks directly to the question, “How long do electric cars last?”

Modern gas- or diesel-fueled, ICE-powered cars usually get an oil change every 5,000–10,000 miles, and a more comprehensive service or tire rotation every other time they visit the shop. Even though an electric car doesn’t use engine oil, several of the same maintenance and wear items traditional car-buyers are used to spending money on are still there. You’ll want to check and rotate your tires, for example—you’ll also want to check those brake pads from time to time, replace windshield wipers, and ensure that any of the other fluids used in your electric car, like coolants and transmission fluids (where applicable), are in good shape at least once a year.

One other maintenance item you should look at with an electric car isn’t quite as traditional, however: software updates. Updating the software in your car might be a new experience for many buyers, but — like that i-device! — you’ll want to make sure your electric car is running the latest version of the company’s software to ensure that all the latest active safety features and battery-saving coding tricks are being put to their best use, keeping you safe and saving you money at the plug!

When was the last time you changed the battery on your smartphone? I think, for me, it was sometime back in 2011. On your car, which you’ll probably keep for several years and will cost many, many times more money than a phone or table, however — well, it’s a much more important question to consider, right?

As we’ve already learned with hybrids over the last 25+ years that batteries like this have been in mass production (that’s not a typo, the Toyota Prius first went on sale in 1997), these batteries have a longer shelf life than many people anticipated. Many Tesla Model S cars (one of the first “pure” EVs bought in large numbers) have already crossed the 300,000-mile mark while maintaining serviceable battery life. Other early EVs, like this Nissan LEAF, have also been able to cross that 150,000 mile threshold without needing a new battery.

That said, a number of shops are now fully capable of changing out the batteries on your hybrid or “pure” battery electric vehicle. What’s more, the cost of those replacements has come down over time, and are now comparable to swapping out a conventional automatic transmission. As more and more shops become familiar with electric cars, they’ll be able to innovate a bit when it comes to repairs, driving down electric vehicle repair costs even further.

So, when would you have to replace an electric car battery? As batteries age, they degrade, which costs them performance and range – but exactly how much range they lose is a matter of debate, because individual circumstances weigh so heavily on the final results.

Going back to Tesloop as an “extreme use case” example, we find that, “Tesloop has seen some decreases in range as battery packs have aged,” according to Quartz. “The range of one Tesla Model X dropped from 260 miles to 200 miles after 330,000 miles in service,” and the battery was replaced at no cost to Tesloop, as it was covered under Tesla’s standard 8 year battery warranty.

Technology is always changing, and those changes have more value to some people than others. If you are truly set on having the latest and greatest self-driving, active-safety, go-fast insane purple paisley mode technology money can buy, however, a number of companies are offering a subscription model similar to what you can get from – you guessed it! – your cellular provider.

Companies like Rivian, Volkswagen, and Volvo are offering a single-payment, all-inclusive subscription model that allows you to trade out of your car and into a new one once a year. Insurance, mileage fees, and even some basic wear and tear coverage is all rolled into the payment. For a lot of people who have rapidly changing needs, this seems to work — and a lot of industry insiders believe it’s an ownership model that’s here to stay.

We hope we were able to answer your questions about EV ownership and how it might differ not just from the experiences you might be used to with your gasmobile, but also how the question of, “How long do electric cars last?” may have different answers for different people. If we were going to sum it up, it would have to be by saying that electric cars last about as long as ICE-powered cars. They’ll go those same hundreds of thousands of miles — only, they’ll do so in a way that is definitely cleaner, a little bit easier, a whole lot cheaper, and very probably better — in every way that matters.

And, if you’re a real fanatic for maintenance and restoration, check out this scene from MyClassicCarTV in Jay Leno’s garage showing off an EV that runs and drives despite being more than 100 years old — enjoy!

Appreciate CleanTechnica’s originality? Consider becoming a CleanTechnica Member, Supporter, Technician, or Ambassador — or a patron on Patreon.
Advertisement
Have a tip for CleanTechnica, want to advertise, or want to suggest a guest for our CleanTech Talk podcast? Contact us here.
Tags:  how many miles do smart cars last