Catching up with private sector innovation: new issue of Global Defence Technology out now THANK YOU 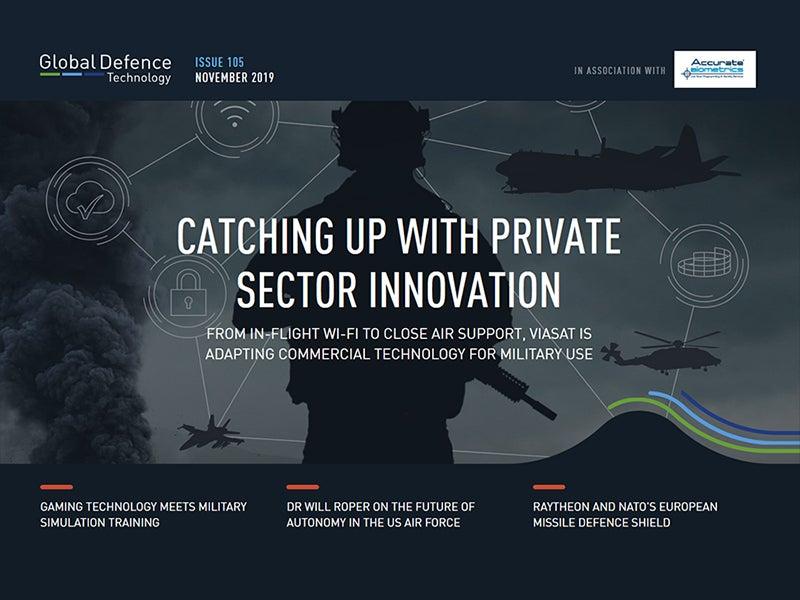 Global Defence Technology is back for another issue packed with industry news and analysis. In this issue, we find out how Viasat is adapting commercial technologies such in-flight Wi-Fi for military uses, speak to the US Air Force’s service acquisition executive Dr Will Roper about the future of autonomy and AI, and much more.

Game developers have long drawn inspiration from the military, but now armed forces and defence contractors are increasingly looking to gaming technology for their training software. We caught up with the founders of Slitherine Games at this year’s DSEI to learn more about the convergence of gaming technology and military simulation training.

Also in the this issue, we catch up with the US Air Force’s service acquisition executive, Dr Will Roper, to get an update on the Skyborg programme and the wider uses of AI and autonomy in the air force.

Plus, we take a look at QioptiQ’s night sight solutions for the battlefield, find out how Viasat is bringing in-flight Wi-Fi and other commercial technologies to military aviation, and speak to Raytheon about its involvement in NATO’s Europe-based missile defence system.

And finally, we hear from IFS how aerospace and defence manufacturers can future-proof their operations for Industry 4.0, and take a look back at the history of submarine development.

Gaming and the future of military training: insights from Slitherine

Game developers have long drawn inspiration from the military, but now armed forces and defence contractors are increasingly looking to gaming technology for their training software. Harry Lye caught up with Iain and JD McNeil of Slitherine Games at DSEI to learn more about the growing convergence between commercial gaming and military training. 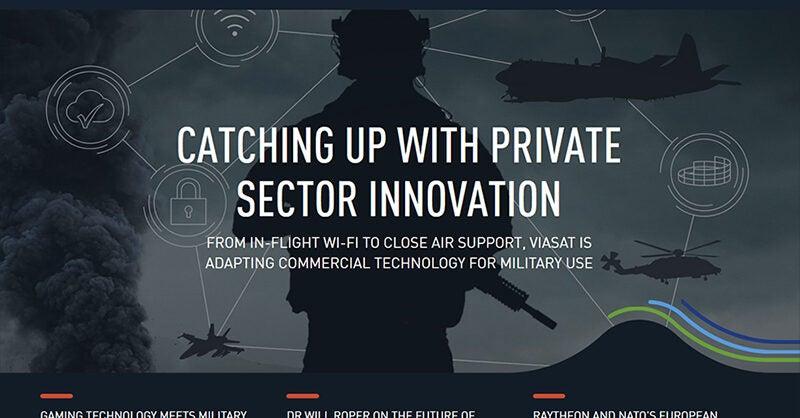 Qioptiq and the art of seeing

At this year’s DSEI Qioptiq showcased its vision solutions ranging from soldier-worn to vehicle-mounted and aerial systems. Harry Lye stopped by to find out more about the technology.

NATO’s Europe-based missile defence system protects member states against ballistic missile threats using sensors and tracking systems to target interceptor missiles launched from the ground and the sea. Many essential components are provided by Raytheon Missile Defence. Berenice Baker caught up with the company at DSEI for a progress update on Europe’s most important shield.

From in-flight Wi-Fi to close air support, Viasat is adapting private-sector technologies for military uses. Harry Lye sat down with the company’s president Ken Peterman and UK managing director Steve Beeching at DSEI to hear how the defence sector can benefit from commercial-sector innovation.

Earlier this year we looked at Skyborg, one of the US Air Force’s premier AI programmes. Now Harry Lye catches up with the US Air Force’s service acquisition executive Dr Will Roper to get an update on the programme and the future of artificial intelligence and autonomy in the service.

The benefits of Industry 4.0 for A&D manufacturers are enormous, but involve critical decisions on digital investments and an increasingly cyber-aware ecosystem. Evan Butler-Jones, director for the defence product line at IFS Aerospace & Defence, explores how A&D manufacturers can ensure they extract value from Industry 4.0.

Submarines: from U-boat to Dreadnought

From U-boats to Dreadnought, submarines have changed dramatically since the vessels’ rise to infamy in the First World War. Harry Lye looks back at the history of submarine development, from the earliest days of sub-surface vessels to emerging technology of the near future.

Raytheon has developed next-generation mine clearance and undersea technology that is drawing interest from the UK Royal Navy, among others. We talk to Raytheon’s undersea warfare experts to find out what’s new below the waves and what’s next for the equipment.

We also report from the British-French Combined Joint Expeditionary Force’s recent exercise Griffin Strike in the North Sea, and take a look at the different variants of the British Army’s AJAX vehicle and the capabilities it will bring to the force.

Announced at DSEI, BT has partnered with Counter Drone Solution to develop solutions to drone disruption. We find out how the companies are aiming to help organisations keep their airspace secure with new counter-drone response capabilities.

Finally, we find out how IFS is working with Lockheed martin on the F-35 programme, and hear from Babcock how its iSupport360 systems brings smart insight to naval asset maintenance.