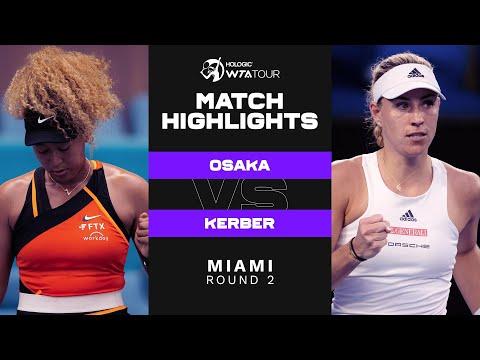 While William Byron did burnouts on the frontstretch after winning, LaJoie relished his career-best fifth-place finish.

“I think by all measures, we should consider this a win,” LaJoie told NBC Sports.

The son of two-time Xfinity champion Randy LaJoie, Corey’s talent has not been questioned. It’s just that the opportunities didn’t come his way. Once a touted prospect, the 30-year-old LaJoie saw lack of sponsorship interrupt his career as others continued to race and win.

He came back focused on Cup, but LaJoie has raced for underfunded teams. His first Daytona 500 in 2017 was with BK Racing and he was told that if he didn’t make the race, the organization likely would have to shut down the No. 83 team.

He made the race and continued to plug along in the series. With a new car that is intended to close the gap between big teams and small teams, LaJoie and Spire Motorsports have made progress this season.

He crossed the finish line sixth at Atlanta but gained a spot when NASCAR penalized Christopher Bell, who came across the line second, for going below the out-of-bounds line on the last lap to make a pass. NASCAR dropped Bell to 23rd, the last car on the lead lap.

LaJoie’s fifth-place finish finish Sunday was Spire Motorsports’ best result since Justin Haley won the rain-shortened July Daytona race in 2019. LaJoie has scored three top-15 finishes in five races — a feat he had not accomplished over his previous 168 Cup starts.

He also did it without crew chief Ryan Sparks, serving the first of a four-race suspension after a wheel came off the team’s car at Phoenix Raceway.

“We’ve been smart, I feel like, all year long,” LaJoie told NBC Sports. “Barring last week with the wheel falling off, I think that we had been an 18th- to 22nd-place car, and we have been taking advantage of other people’s mistakes. As long as we continue to keep our mistakes to a minimal, who knows where we’re going to end up. We’re controlling the things we can control right now.”

Even with the new car, he’s had to race smart. He ran the same car at Auto Club Speedway, Las Vegas and Phoenix in consecutive weekends. He still managed a top-15 finish at Las Vegas.

LaJoie overcame an incident Sunday that had him sliding through the infield grass at Atlanta to his first Cup top-five result.

“You’re never going to win one of these things by riding the entire day,” he said. “You have to engage and get track position and hold it up for pretty much the first stage. A fifth for us, financially, points, we’re looking at points already. I hit the fence at (Auto Club) and gave probably 10 points (away) up there just from a mistake I did. I was glad I was able to make up those 10 points (Sunday).”

The result is that LaJoie is 24th in the driver standings. He’s four points behind Ricky Stenhouse Jr. and eight points ahead of Denny Hamlin, who is 26th in the standings.

The tire issues for Ross Chastain, Ricky Stenhouse Jr. and Tyler Reddick as they ran at or near the front was perplexing for those involved and for Goodyear. 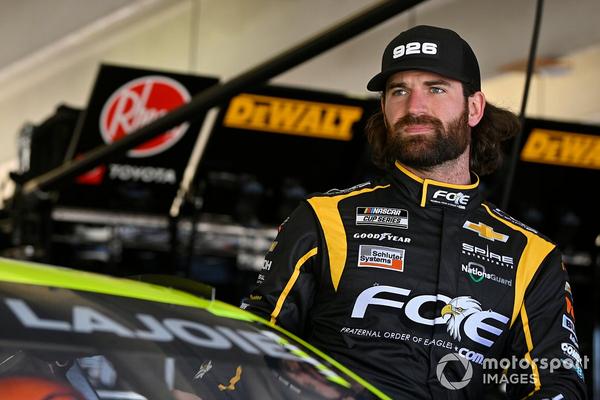 Stenhouse wondered if running out front was a factor for all three Chevrolet drivers.

“I don’t know if the speed difference of the way you load into the corner with more air on your race car” was a factor, he said. “The guys in the back don’t have as much load being behind somebody. I don’t know if overloading the tire just killed it. We didn’t see a whole lot of tire wear in practice, so it’s not like you’re wearing it out I believe.”

Rudy Fugle, crew chief for winner William Byron, said there could be something to Stenhouse’s thought.

“The speed and having to run pretty much wide open to lead compared to 70% throttle for a full lap to be second or third is definitely putting a lot more stress on the tires, so it’s kind of managing ourselves there,” Fugle said.

“I was trying to coach William into doing some lifts and just if we could lift a little bit and slow the pace down a little bit and not get passed, then we could save the tires. Definitely at a repave you are always worried about tires. You got hard tires because you have so much load, but eventually you put enough heat in them, and they blow out. Definitely on our mind.”

Greg Stucker, Goodyear’s director of race tire sales, said Sunday that the company was examining the issues with those three cars.

“Most heavily loaded position on a stock car is right front, so it’s a little bit unique that we’re seeing right rears,” he said. “Varying number of laps. Mostly longer runs. We didn’t see any indication of anything in practice when we had guys with 50-plus laps on tires. It’s a little bit of a surprise.

“The one thing we do know is it is all the same make. Whether that’s a factor or not, it seems to be more than a coincidence. What’s consistent about setups. That’s just what we’re going to try to figure out.”

With the success of Sunday’s race, which featured a track-record 46 lead changes, the question becomes if Texas Motor Speedway is the next in the Speedway Motorsports family of tracks to be changed to create speedway racing at that track to reignite fan interest.

Marcus Smith, president and chief executive officer of Speedway Motorsports, liked what he saw at Atlanta but isn’t ready to make changes to Texas based off Sunday’s race.

“I had ideas of what it could be,” Smith said of the Cup race after Atlanta Motor Speedway was repaved and had the banking increased in the corners.

“I wasn’t really sure of what we were going to get, but I think NASCAR and the teams have done such a phenomenal job with the Next Gen car. It matched up perfectly with the Next Gen Atlanta track, but we’ve had fantastic racing this year from the LA Coliseum, every race since. I think, as race fans, we’re all blessed to be able to enjoy a really fun ride to start the season out.”

As for what about Texas?

“I’m really excited to get to Texas Motor Speedway and see how this new Next Gen car races there,” Smith said. “When you look at the racing we had at Fontana and Las Vegas Motor Speedway this year, it was by far and away the best racing I’ve seen at those tracks. Different things work in different ways with this new car.”

A total of 31 cars were involved in incidents in Sunday’s superspeedway-style race at Atlanta.

To compare, 26 cars were involved in incidents in this year’s Daytona 500.

Friday NASCAR schedule at Circuit of the AmericasFriday 5: Next Gen car’s durability could lead to more aggressive racingAJ Allmendinger: Next Gen car makes road racing ‘more enjoyable’
Tags:  where is the motor in a smart car