A B.C. man who survived six harrowing days on a life raft, with little food and water after his sailboat sank, says he never really thought about dying.

“I was more concerned about people concerned (for me),” said Don Cavers, 77, a Shuswap resident who was found adrift in the Caribbean.

“That actually never became part of my thinking. I don’t know where that comes from; the eternal optimist, I guess.”

An active boating enthusiast for 30 years who’s sailed to and from Mexico in the past, Cavers had purchased a used sailboat in Colombia for US$45,000 and was planning on doing a leisurely trip to Puerto Rico to meet his son.

“The boat got a bit sluggish, and then I discovered I was taking on quite a bit of water,” Cavers told Global News. “So I turned to get the water off the decks so the waves weren’t breaking over the bow.”

With the boat on autopilot, he then began bailing, which took several hours in rough seas.

“Looking down (at the water in the cabin), you freak out,” he said.

“When you get into that type of situation, you have to take it one step at a time. Once I realized where I was taking on water — while still in survival mode to get the water out — I knew I wasn’t sinking.”

Cavers says despite being roughed up while hand-bailing, he managed to empty the boat of water. Only to find out the next day that the electrical system had been compromised.

“So I lost autopilot, I lost everything,” he said.

Everything included his satellite phone, his cellphone, an iPad and his navigation books.

Cavers noted that any paper he had turned into paper mache because of the water, which then plugged the bilge pump.

For the next 36 hours, Cavers hand-steered his boat, heading roughly north, northwest via a wonky compass, and around 150 miles from the nearest point of land.

Cavers said the seas eventually calmed, but with no electronics, he had no idea of where he actually was, his speed or distance covered.

He also mentioned that he twice passed two fishing boats with large nets, one within 200 feet, but both turned their backs on him. He believes they were illegally fishing, so that’s why they ignored him. 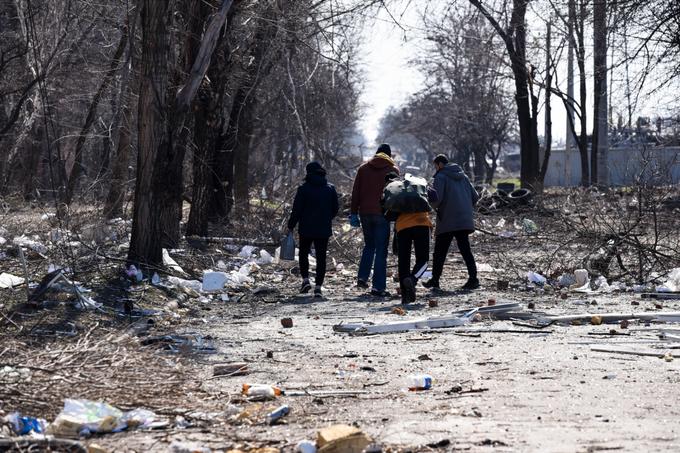 Cavers said he also saw a tanker, and fired off flares, but they didn’t see him.

On the morning of his fifth day at sea, and third with no electronics, Cavers said he got the autopilot function back online, allowing him to get some much-needed sleep.

But around midnight, his tough trip turned into an emergency.

“I got an abrupt awakening when I hit a reef. You know you’re on ground when you’re sailing along and then you hear a big thump,” said Cavers.

“That was probably the scariest thing of all, that 15-20 minutes where basically, I got the engine going and thought I was going to get off the reef.

“But something tore a hole in the stern, it started taking water pretty fast.”

Cavers estimated the reef to be a kilometre long in length, along with an island a few kilometres away.

The reef Cavers hit was close to Cuba, nearly 1,400 kilometres from where he began his voyage. That’s roughly the same distance as from Vancouver to Swift Current, Sask., along the Trans-Canada Highway.

Cavers says he grabbed a few items, including an emergency beacon device, a bag of chips, a box of crackers, a 20-litre jug of fresh water and hopped into the boat’s nine-foot dinghy, leaving the sailboat behind. When he jumped into the dinghy, water was covering the boat’s deck.

“I unleashed the life raft and threw it in, and it magically inflated, and I moved it around next to the dinghy,” said Cavers. “And then I abandoned ship and into the life raft.”

His plan was to tether the dinghy and life raft next to the boat, but the winds and waves prevented that, blowing him back into the breakers.

Cavers said he didn’t trust the dinghy, and moved into the seven-foot life raft.

Again, nature played a role, with winds blowing him back out to sea, where he floated for six days.

Three days on the life raft, Cavers found that his emergency beacon wasn’t properly sending out signals. He adjusted it, and, on his 12th day at sea, eventually heard a sound he’ll never forget.

“I was dozing and I heard a ship’s horn,” he said. “Usually if you’re on a sailboat and you hear a ship’s horn, they’re telling you to get out of their (way).

“So I grabbed the flare gun and shot off a couple of flares, then the radio to say, ‘Hey, I can’t get out of your road.’

“And then — I get choked up every time telling this — they said, ‘Well, it’s OK. We’re here to rescue you.”

The 225-metre ship pulled up right beside Cavers and dropped a rope ladder.

A merchant ship had been redirected by the U.S. Coast Guard, Canadian Mission Control Centre and the Joint Rescue Co-ordination Centre, all because his emergency beacon was working.

Cavers said he’s learned many lessons from his near-death voyage, with one being to ensure all his electronics are placed in waterproof containers. He says it would have made for a much quicker rescue.