AI, Driverless Cars and Liability: Who takes the blame? 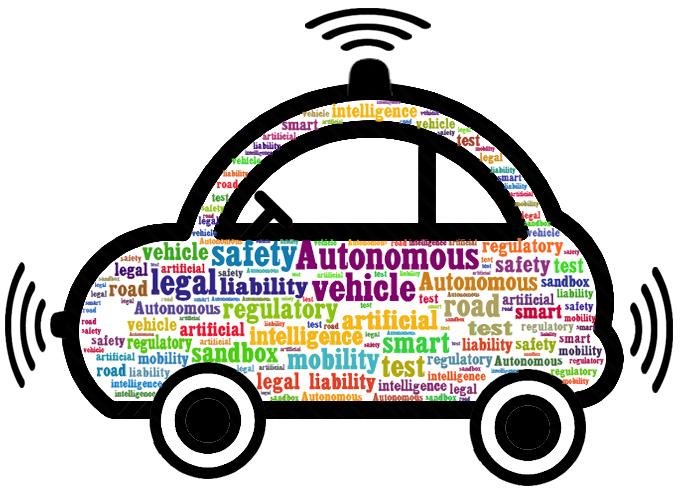 Although self-driving features seem to be commonplace in new cars (e.g. park-assist, lane assist, accident prediction), it seems that businesses are keen to use artificial intelligence to push the boundaries of what is possible to create not just technology which assists consumers with driving but actually takes over the responsibility of driving, writes Samantha Woodley, Associate, Birketts LLP.

A large number of companies have developed, are developing, or are investing in self-driving (also known as ‘driverless’) cars. This includes the obvious contenders of car manufacturers like Toyota and Tesla, but also big tech companies like Apple and Alphabet (Google’s parent company).

Whilst the prospect of a self-driving car is undoubtedly exciting for both creators and potential users alike, one of the most prominent issues with such technology has remained, until now, unresolved: who is responsible for ‘driving’ the self-driving car, and any accidents caused by it?

Should the ‘driver’ of the car retain responsibility, even though they were not necessarily in control of the vehicle at the time of an accident, or should liability lie elsewhere?

In January this year, the Law Commission published a report on proposed legal reforms in Great Britain to “allow the safe introduction of automated vehicles”.

That report does two things: it calls for the introduction of a new law (called the Automated Vehicles Act) to regulate self-driving cars in Great Britain, and it recommends “drawing a clear distinction between features which just assist drivers such as adaptive cruise control, and those that are self-driving”.

According to the Law Commission, such a distinction is important to the question of responsibility for the vehicle in question. On the one hand, a vehicle in which the driver makes use of assistance features (such as lane assist or accident prediction) still “relies on the human behind the wheel to monitor the driving environment, and … respond to events”.

However, in a vehicle which is truly ‘self-driving’, it is anticipated that the person ‘driving’ (i.e. sitting in the driver’s seat) is able to “relax and divert their attention, knowing that they are not responsible for anything that happens while the automated driving system is engaged … [because the system]… itself monitors the driving environment and responds to events.”

Based on the distinction above, the Law Commission is suggesting the introduction of an authorisation scheme (as part of the new law) under which ‘self-driving’ features of a vehicle will be defined either as simply for driver assistance, or to make a vehicle truly self-driving.

Instead, responsibility would be on the manufacturer or other company who obtained authorisation for the vehicle to be ‘self-driving’ under the scheme (known as the “Authorised Self-Driving Entity” or ASDE).

A ‘driver’ would be reclassified as a ‘user-in-charge’, and would be immune from prosecution for offences arising directly from the driving of the vehicle, such as dangerous driving or speeding (unless the ‘user-in-charge’ overrides or alters the function of the relevant ‘self-driving’ features e.g. by engaging the ‘self-driving’ features when they are not designed to function in a specific scenario).

However, the user-in-charge would still be responsible for other aspects of the vehicle like insurance, or checking loads.

All ‘self-driving’ vehicles would need backing by an ASDE, and if the ‘self-driving’ features caused the vehicle to drive in a way that would be criminal if there was a human driver, this would be a matter to be resolved between the then current regulator overseeing the scheme and the ASDE.

The Law Commission anticipates a scenario under the scheme where some features of the ‘self-driving’ vehicle could be used without a ‘user-in-charge’, and any persons in a vehicle operating those self-drive features will simply be a passenger.

It then follows such passenger(s) would not have any criminal responsibility for driving offences which happen whilst driving (e.g. going through a red light).

Responsibility for overseeing journeys in vehicles with these passengers would fall to an operator licensed for such purpose.

In terms of civil liability, the Law Commission’s report notes that the new law and scheme will simply build on the provisions introduced in the Automated and Electric Vehicles Act 2018.

This means ‘self-driving’ vehicles authorised under the scheme will be required to carry insurance that binds insurers “to pay compensation for any damage caused by a vehicle while it is driving itself”.

It remains unclear whether and to what extent the UK, Scottish and Welsh Governments will implement the Law Commission’s recommendations and introduce new legislation. If new legislation is implemented in line with the Law Commission’s recommendations, it is clear that the ASDE’s will bear the brunt of liability and responsibility for the driving action of the ‘self-driving’ vehicles, whilst the rest of us can sit back, relax and enjoy the drive.

Tags:  what is driverless ai