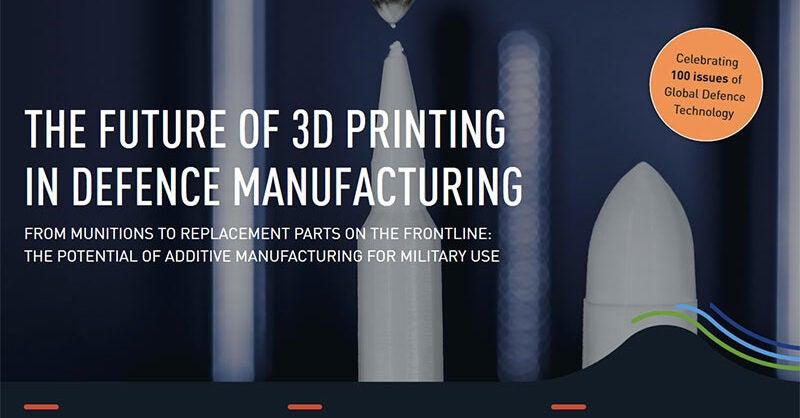 Global Defence Technology is back for a special celebratory 100th issue, as always packed with the latest industry news and analysis. In this issue, we explore the potential of additive manufacturing for defence applications, speak to Airbus about its involvement in the new DSEI Space Hub launching this year, and more.

This month we celebrate issue 100 of Global Defence Technology. Taking a look back through our archive we realised how much the defence world has changed in the eight years since we launched this magazine – and yet how little some things have changed. To mark our milestone, we revisit some of the projects and key themes we covered in our early days to find out how they have come along in the time since.

Of course, issue 100 is also packed with defence technology news and analysis. In this issue, we take a look at the potential of additive manufacturing for military applications, the market outlook for 3D printing, and some of the pioneering projects already using the technology to manufacture equipment for use in the field.

We also check in on Poland’s massive defence modernisation plan, catch up with the UK MOD’s latest £66m project to fast-track military robotic projects to the frontline, speak to Airbus about its involvement in the new Space Hub at this year’s DSEI, and find out about the capabilities of Boeing’s Orca extra-large UUV in development for the US Navy.

How the defence world has changed in 100 issues of GDT

As we celebrate 100 issues of global defence technology, we take a look back at some of the major defence industry projects and themes we covered in our early days to find out how they’ve come along in the years since.Travel back in time with us. 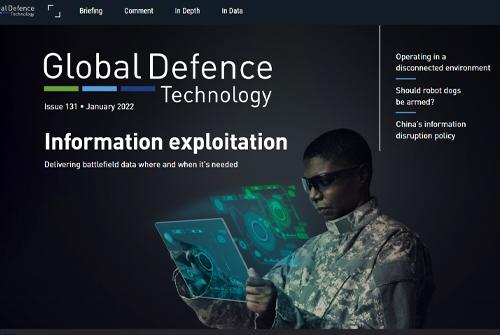 From Russia to NATO: the logic behind Poland’s military modernisation

Poland is one of the few countries in the 29-strong NATO alliance that spends over 2% of GDP on defence. With a belligerent Russia on its eastern flank, Poland is continuing to modernise its armed forces. Grant Turnbull finds out what the country wants, and whether it can afford it.Read the full article.

AI in the sky: can drone surveillance replace CCTV?

The UK Ministry of Defence has pledged funding of £66m to fast-track the development of military robotics for use on the battlefield by 2020. Talal Husseini takes a look at some of the projects in development.Check out our gallery feature.

3D printing: where next for additive manufacturing in defence?

The potential for additive manufacturing – also known as 3D printing – has been recognised for several years, but while printing technologies and processes continue to mature in the commercial sector, technical and institutional challenges still need to be overcome for wider adoption in defence manufacturing. Grant Turnbull finds out more.Read the full article.

Airbus will exhibit at DSEI in September in the newly created Space Hub. Talal Husseini caught up with Airbus Defence and Space managing director Colin Paynter to find out how the Space Hub launch reflects the increasing value and importance of the space sector to the security and defence industry.Read the interview here.

On the 70th anniversary of the lifting of the Berlin Blockade, the Royal British Legion held an event at the Imperial War Museum Duxford to commemorate those who participated in the Berlin Airlift. Berenice Baker talked to British Army veterans about their experiences.Read the full article.

The US Navy has awarded Boeing contracts worth a total of $274.4m to produce five Orca Extra Large Unmanned Undersea Vehicles (XLUUVs). Based on Boeing’s Echo Voyager prototype UUV, the 15.5m-long submersible could be used for mine countermeasures, anti-submarine warfare, anti-surface warfare, electronic warfare and strike missions. Berenice Baker finds out more.Check out our video feature.

DARPA’s first Grand Challenge for autonomous vehicles in 2004 went down in history when not one vehicle finished the 150-mile course. The same year, DARPA announced that one-third of US ground military vehicles would be autonomous by 2015. We look at how the technology has moved on in the 15 years since, and find out how close the US Armed Forces are to achieving that target and which challenges have prevented them meeting DARPA’s goal.

Plus, we hear from MASS about countermeasure development in the AI age, report from the latest Defence Aviation and Safety Conference in the UK, and find out how the US DARPA wants to develop maritime surveillance capabilities using undersea organisms.

Visit our archive to read past issues.