There are many great cars on the market right now that shoppers will have to choose from, and two examples are the 2022 Kia Forte and the 2022 Nissan Sentra. These two compact sedans have a lot in common with each other, so some folks might have some issues choosing between the two. Here’s a comparison between the 2022 Kia Forte and the 2022 Nissan Sentra, and which one might be better for you.

According to Kelley Blue Book, one of the best things about the Kia Forte right now is that Kia gave the compact car a refresh not that long ago. This means that, in terms of the car’s interior and exterior looks, it’s a pretty up-to-date car. This is especially true in the car’s cabin. The Forte comes standard with an 8.0-inch touchscreen display, and thanks to the refresh, customers can upgrade that into a 10.25-inch touchscreen instead.

In comparison, the Nissan Sentra only has a 7.0-inch touchscreen display, and it can only be upgraded to an 8.0-inch touchscreen. This means that Nissan customers will need to pay extra to get the same size touchscreen as the standard Forte, while Kia customers can upgrade theirs to be bigger than the Sentra’s. 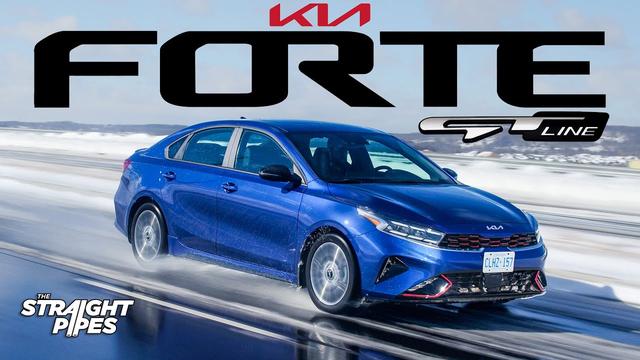 Another great thing about the Forte is its engine options. Its standard 2.0-liter I4 engine gets 147 horsepower, which is decent enough for its size and class. However, customers can upgrade that into a 1.6-liter turbocharged four-cylinder engine that gets 201 horsepower instead. Kia customers who choose this turbocharged engine also have the option of choosing between a manual transmission or an automatic. In comparison, Nissan only offers a 2.0-liter I4 that gets 149 horsepower and is paired with a CVT (continuously variable transmission).

The high points of the 2022 Nissan Sentra sedan

While the Nissan Sentra has a smaller touch screen than the Kia Forte, the interior of Nissan’s compact sedan is pretty good, too. The cabin is nice and comfortable, and Nissan has plenty of standard equipment added. On top of that, while the Forte did fine in its crash tests, the Sentra scored a bit better than the Forte did in its crash test.

In terms of safety equipment, both compact cars are well-equipped. However, the Sentra beats the Forte in this regard, as the Sentra has Nissan’s Safety Shield 360 suite of smart safety features as standard. This gives drivers of the Sentra access to features like blind-spot monitoring at no extra cost.

Another good thing about the Sentra is its ride quality. Although it only has one engine option, Kelley Blue Book wrote that its suspension system gave the car a smooth and comfortable ride.

Which compact car is the best option for you?

In terms of pricing, both compact sedans are in the same price range, with both starting at about $20,000. Another similarity between the two is in their fuel economies. The Kia Forte gets about 35 mpg combined with its standard engine, while the Nissan Sentra gets about 33 mpg combined. As a result of these similarities and differences, the best car for you will ultimately come down to what you’re looking for in a vehicle.

The Sentra’s lack of engine options means that the Forte is the clear winner if you want a compact that’s fun to drive. However, the Sentra’s interior features make it a compelling option for folks who prioritize safety and don’t care if the car is fast or not. However, no matter which one customers choose, both vehicles will likely be competent compacts.

Tags:  how many mpg do smart cars get