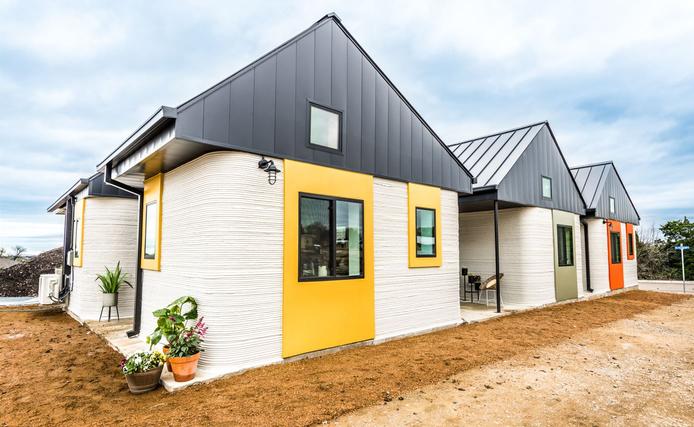 One of the world’s largest neighborhoods of 3D-printed homes is set to break ground in Texas next year.

The project, scheduled to break ground in 2022, will feature single-story homes with varying floor plans designed by the Bjarke Ingels Group.

According to Melodie Yashar, Director of Design and Building Performance at ICON, the wall system in each home will be built using the company’s proprietary cementitious-based material called "Lavacrete." The material is stronger and longer-lasting than traditional building materials, and it allows the homes to withstand extreme weather.

Stay informed during the severe weather season with our local news and weather app. Download NBC 5 Dallas-Fort Worth for Apple or Android and pick your alerts.

Once the first floor walls are printed using ICON’s Vulcan construction system, roofs are added and Lennar builders finish out the homes using traditional construction methods. The roof of each home will feature solar panels.

The construction system can create homes and structures up to 3,000 square feet that are built to the International Building Code structural code standard and expected to last as long or longer than standard Concrete Masonry Unit built homes, ICON representatives said.

News from around the state of Texas.

“Additive manufacturing has the potential to revolutionize the built environment as it gets adopted by the industry at scale,” Martin Voelkle, Partner at the Bjarke Ingels Group, said. “By partnering with ICON and Lennar, we are able to see this new technology roll out to the widest possible audience. The 3D-printed architecture and the photovoltaic roofs are innovations that are significant steps towards reducing waste in the construction process, as well as towards making our homes more resilient, sustainable, and energy self-sufficient.”

Construction using the Vulcan system is estimated to take about a week to 3D print the walls of each home, and ICON plans to have a fleet of five printers delivering the 100-home community starting in 2022, Yashar said.

According to ICON representatives, the 3D printing technology produces energy-efficient homes faster than conventional construction methods with less waste and more design freedom, allowing the projects to stay on schedule and on budget.

LENx, an arm of Lennar working to disrupt the homebuilding industry through innovation, designed and engineered for the fast and precise 3D printing of numerous homes.

“Labor and material shortages are two of the biggest factors pushing the dream of home ownership out of reach for many American families,” Eric Feder, President of LENx, said. “Lennar has always expanded the boundaries of technological innovation to keep quality homes affordable and 3D printing is an immensely encouraging approach. We are excited to collaborate with ICON to develop solutions to emerging challenges in the coming years.” 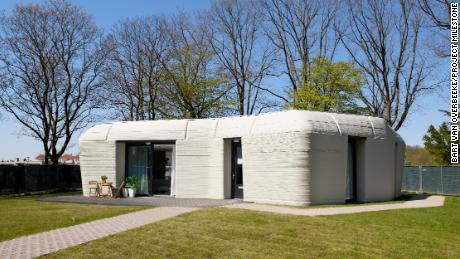 According to ICON representatives, the neighborhood will be the largest of its kind in the world.

“ICON exists as a response to the global housing crisis and to put our technology in service to the world,” ICON co-founder and CEO Jason Ballard said. “Construction-scale 3D printing not only delivers higher-quality homes faster and more affordably, but fleets of printers can change the way that entire communities are built for the better. The United States faces a deficit of approximately 5 million new homes, so there is a profound need to swiftly increase supply without compromising quality, beauty, or sustainability and that is exactly the strength of our technology."

Pricing and move-in dates will be made available in 2022.

This isn't the first time 3D-printed buildings made headlines in Texas. Earlier this year, the Texas Military Department unveiled a similar 3D-printed structure in Bastrop.

The military barracks at the Camp Swift Training Center are more than 3,800-square-feet and is used to train up to 72 soldiers and airmen.

"Texas has become a technological center of gravity within the nation," Maj. Gen. Tracy Norris, Adjutant General of Texas, said. "TMD is proud to be a conduit for introducing these innovative solutions into the military community."

The Texas Military Department partnered with ICON and Logan Architecture to 3D print the barracks.

The company has prototyped structures with the Defense Innovation Unit and United States Marine Corps, 3D-printed a community of 500 square foot homes in Tabasco, Mexico, for local families experiencing extreme poverty, and built the Chicon House, the first permitted, 3D-printed home in the United States.

Other developers across the country are working on similar projects. Several such 3D-printed, zero-net energy neighborhoods are being built in Southern California by Palari Group, a sustainable real estate developer based in Beverly Hills.

According to the Palari Group website, the California developer also has plans to build 3D-printed neighborhoods in the San Fernando Valley, Central Coast, and Napa Valley.

As for ICON, the construction company has its sights set on using its 3D printing technology far beyond the state of Texas.

The company has already begun what it calls "off-world construction." ICON has 3D-printed a prototype rocket landing pad for NASA as well as a surface habitat at NASA's Johnson Space Center to prepare for long-duration missions to Mars.

The company's current program with the Bjarke Ingels Group and NASA, called Project Olympus, aims to develop an autonomous additive construction system for further exploration of the Moon and imagine humanity's first home on another world, ICON said.

Tags:  can you 3d print a solar panel