Web3 is a triumph of evolution over Web2, and we need to embrace this gift 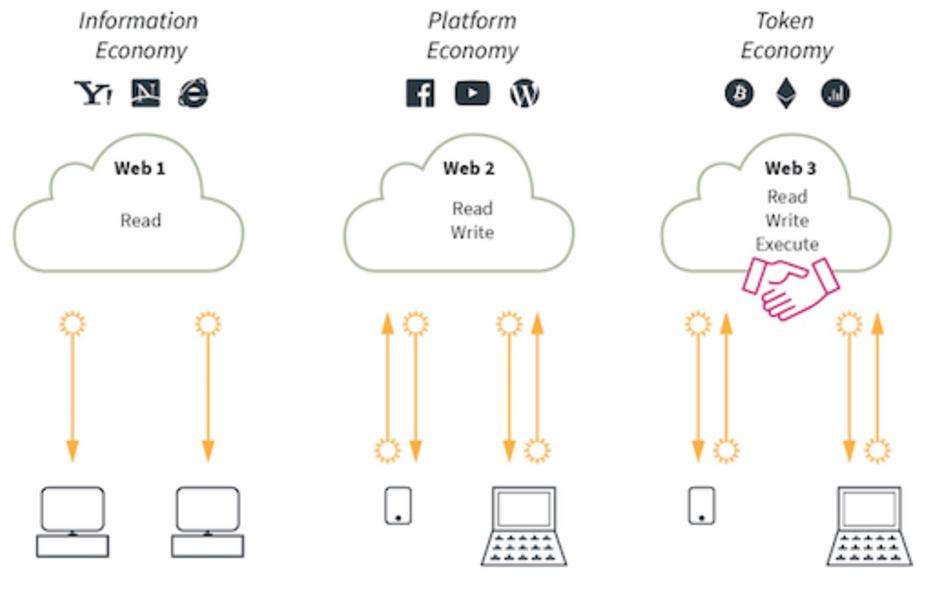 By: Crypto AM: Mixing in the Metaverse with Dr Chris Kacher

Web3 is the beating heart of the Metaverse. Web3 builds on blockchains. When developers build on a blockchain, all the assets and content are actually shared across all of the developers, which allows them to build off of each other and innovate in a way that they couldn’t before in Web2.

Data is shared across all apps. When you make a post in one app, it actually shows up in all the other apps, so you can move across different apps and still retain your followers and those with whom you work. This is called composability.

Despite that, Elon Musk said this about Web3: “[it] seems more marketing buzzword than reality right now”. He also said he understands DeFi because he started PayPal. Just because one is a master in various fields does not make them a master of all fields, especially when it comes to something as bleeding edge as blockchain. Elon clearly has shown himself somewhat ignorant of the complexities therein.

The power of the assets and content being shared and truly owned by their users in Web3 is profound. If a killer app is built in one app, other apps benefit and can build and improve on the killer app in real-time, creating a virtuous cycle.

Besides Elon, another thought leader, Jack Dorsey, said “You don’t own ‘Web3′” and that “it’s ultimately a centralised entity with a different label.”

In the short term (out to a couple of years), he is right. But further out along the timeline, distributions of ownership will be far more heavily skewed to their users than products such as Twitter, YouTube, or Facebook, which were owned by a handful of investors in the early stages, and then maybe a handful of early employees.

Web3 removes unneeded layers from Web2. Users are incentivised to create. The more they create, the more they own, unlike Web2 where the centralised platform owns the content such as with Twitter and Facebook though maybe shares a minuscule slice of the revenues with the creator in the case of YouTube. In essence, Web3 bootstraps a network effect when a new Web3 platform is launched.

The soul of Web3

Web3 is a platform which no single entity controls, yet everyone can still trust as every user will follow the same set of hard-coded rules known as consensus protocols. This creates an open, trustless, uncensorable, and permissionless network. Web3 applications run on blockchains called dApps (decentralised applications). DAOs (decentralised autonomous organisations) are bottom-up rather than centralised top-down structures.

Open: It will be open-source software built by an open and accessible community of developers and executed in the full view of the world.

Trustless: It will allow participants to interact publicly or privately without any trusted third party.

Permissionless: No user needs any authorisation from a governing or centralised body for participating.

=The owner of an app can censor any account on Web2; not possible on a fully decentralised Web3 DApp.

=Payment services like PayPal have placed restrictions on some countries making it impossible to use their services; not possible on a fully decentralised DAO Web3 payment service.

=Web2 apps can go down at any time; web3 apps run on multiple nodes so unless there is an asteroid-induced mass outage across the entire planet, such nodes will not all be down at the same time thus permanent ongoing accessibility to the app.

Web2: Here’s how the product works; deal with it.

Web3: Here’s how the product works; improve upon it.

Web3: View/listen/watch/fund creations you own.

Web2: The game owns you; players pay for gaming privileges.

Web3: Anything can be tokenised; Gamers own digital items via NFTs trading them across other gaming platforms; P2E (play-to-earn); P2L (play-to-learn)

Web3: Users are decentralised so cannot be censored.

Web3: All payment services allowed, require no personal data, and cannot be restricted.

Web3: Decentralised services provide global p2p interaction with no middlemen; users own their data; no major points of failure.

As I discussed in a recent piece on using blockchain to drive honesty in the reporting of news and information, Web3 will employ AI to read and decipher the meaning and emotion of data while taking context into account. Web2 is predominantly human-based, increasing the odds of human bias.

Dr Chris Kacher, PhD nuclear physics UC Berkeley/record breaking KPMG audited accts in stocks & crypto/bestselling author/top 40 charted musician/blockchain fintech specialist. Co-founder of Virtue of Selfish Investing, TriQuantum Technologies, and Hanse Digital Access. Dr Kacher bought his first Bitcoin at just over $10 in January-2013 and contributed to early Ethereum dev meetings in London hosted by Vitalik Buterin. His metrics have called every major top and bottom in Bitcoin since 2011 to within a few weeks. He was up in 2018 vs the avg performing crypto hedge fund (-54%) [PwC] and is up well ahead of bitcoin & alt coins over the cycles as capital is force fed into the top performing alt coins while weaker ones are sold.

Tags:  is a 3d printer a good gift