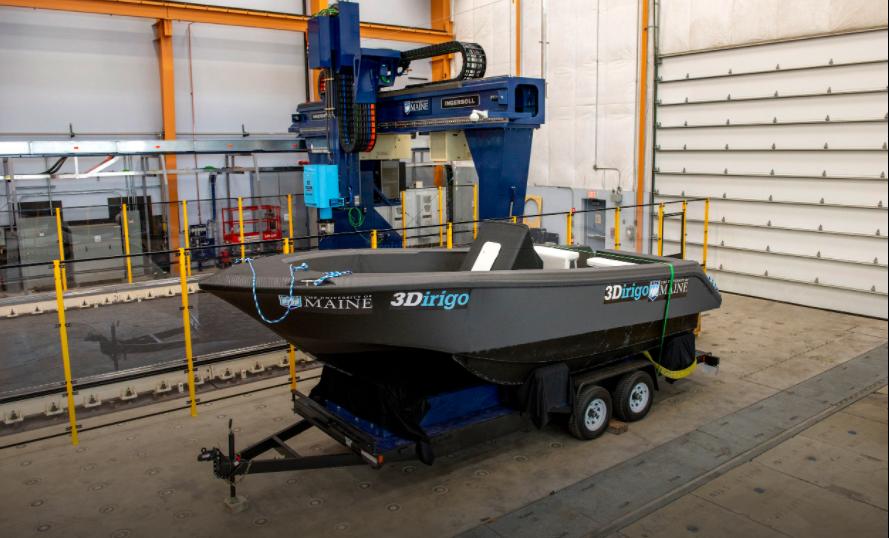 The University of Maine (UMaine) has 3D printed two new large-scale boats at its Advanced Structures and Composites Center in Orono, one of which is reportedly the largest vessel ever to be additively manufactured.

Developed for the U.S. Marine Corps, the prototype boats are designed to be logistical support vessels and will be tested for field use by the armed forces. The larger one can carry two 20-foot shipping containers, while the other can transport an entire rifle squad with three days’ worth of food, water, and other supplies.

To commemorate the completion of the boats, UMaine hosted a ceremony on the 25th of February. Attendees included both of the state’s senators, Republican Susan Collins and Independent Angus King, as well as representatives from the Department of Defense (DoD).

“The University of Maine is at the forefront of cutting-edge research and high-impact technologies, including advanced manufacturing, AI, and 3D printing important for industries in Maine and beyond,” said Dannel Malloy, UMaine’s System Chancellor. “These prototype vessels are the latest innovations from the Composites Center that demonstrate the future of manufacturing.”

There are currently no public photos, videos, or technical details of the boats due to national security concerns.

UMaine breaks its own record

UMaine prides itself on being home to the world’s largest polymer 3D printing system. Developed by Ingersoll Machine Tools, the extrusion-based printer was built specifically for defense and infrastructure applications, and can be used to print objects as long as 100ft, 22ft wide, and 10ft high.

Malloy adds, “Two years ago, we demonstrated that it was possible to 3D print a 25-foot patrol vessel in three days. Since then, partnering with the DOD, we have been improving material properties, speeding up the printing process, and connecting our printer with high-performance computers that can monitor the print. With these tools in place, we have now printed a prototype vessel that will be tested by the U.S. Marine Corps.” 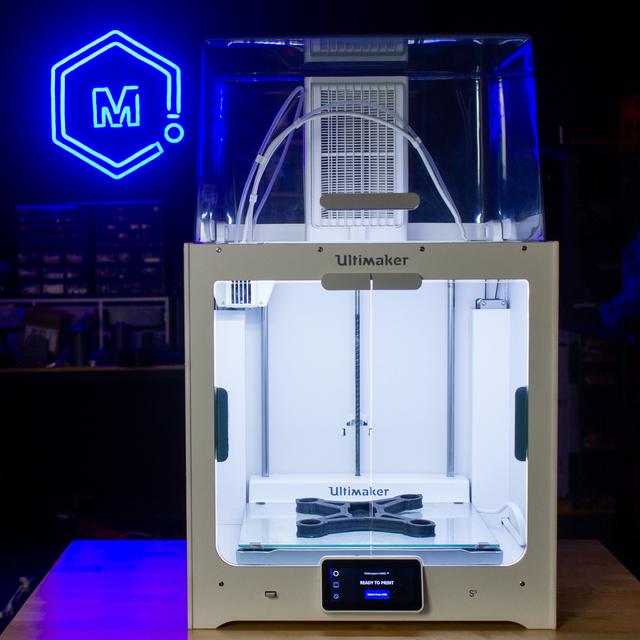 More recently, UMaine also secured $2.8 million in funding from the U.S. Department of Energy (DoE) to develop a more eco-friendly method of 3D printing wind turbine blade molds. By introducing a bio-based feedstock into their Cellulose Nanofiber (CNF) printing process, the team believes that it’s possible to cut the costs of producing the large-format parts by 50%.

Both of the new vessels were 3D printed using a multi-material blend of polymer-based fiber-reinforced composites. According to UMaine, it was able to fabricate and assemble one of the boats in just one month – a process that would otherwise take up to a year using traditional manufacturing methods.

While the prototype boats are intended to be fully functional on their own, they can also be connected to form a single-tow raft for maximum transport capacity.

Now that they’re ready for the open water, the boats will be transported from the UMaine laboratory to California, where they’ll be tested in the sea. The university is handing the prototypes off to the Marine Corps’ Advanced Manufacturing Operations Cell, which was established in 2019 to support the Marines with new advanced production techniques, testing, experimentation, and analysis.

The DoD hopes to use the 3D printed vessels to address its need for small logistics vehicles, enabling distributed maritime and expeditionary operations.

Lt. Gen. Edward Banta, Deputy Commandant – Installation & Logistics, U.S. Marine Corps, concludes, “This project demonstrates the art of the possible and the potential for additive manufacturing to fundamentally alter how we think about connectors and their role in mobility and distribution within a contested environment.”

Featured image shows UMaine celebrating the completion of the boats with a ceremony in late Feb. Photo via UMaine.

Tags:  what is the biggest thing 3d printed