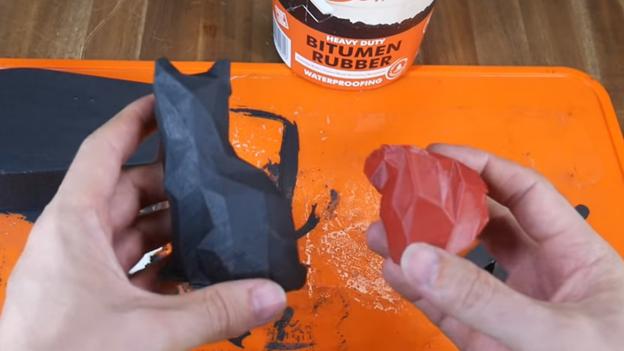 There are at least two kinds of 3D printer operators: those who work hard to make their prints look better after they come off the bed and those who settle for whatever comes off the printer. If you are in the latter camp, you probably envy people who have smooth prints with no visible layer lines. But the sanding and priming and multiple coats of paint can put you off.

[Teaching Tech] has a few tricks that might change your mind. He shares his technique for using different coatings for 3D prints that provide good quality with a lot less effort. The coatings in question are polyurethane used for coating pickup truck beds and bitumen rubber used for waterproofing. In the United States, bitumen is known as asphalt, and both materials are relatively cheap, available, and safe to use. 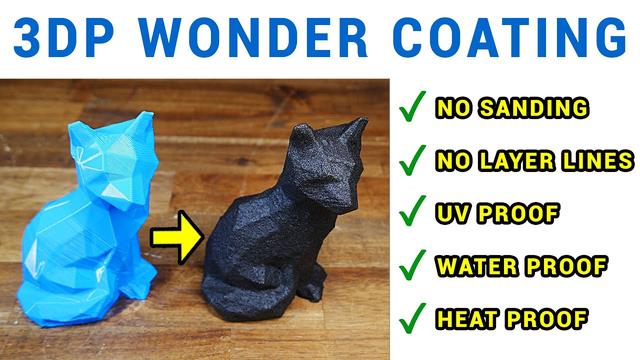 According to the video you can see below, there’s no need to sand or prime the print. In addition to covering imperfections and sealing gaps, it produces watertight prints that have UV resistance and some measure of protection against heating.

The waterproofing example was fun. Using vase mode, [Teaching Tech] printed a few boats. Having single-layer shells, the boats had a few imperfections. Untreated, the boats actually floated, because they didn’t weigh enough to break the surface tension. However, placing a payload — in this case, a stepper motor — into the boats caused them to sink. With the coatings, though, the boats would float with their motor cargo.

The outward appearance is good, although it isn’t as smooth as paint. You’ve probably seen truck beds and that’s what it looks like. Still, for many parts that’s not a bad look; it almost appears powder-coated. Painting the material on didn’t look very difficult, although the rubber sealant looked thin. On the other hand, it was cut with water, so it might work to use less water in the mixture.

We are anxious to try this out. We aren’t sure if the popular Flex Seal is asphalt rubber, but it might be a good thing to try and is easily available in the states.

We’ve looked at some coatings before. Paint doesn’t have to be hard, but we get why some people don’t want to bother.