This 7-foot Mordekaiser cosplay is a towering presence 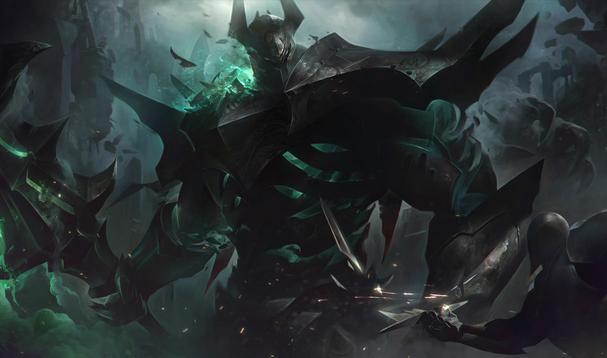 I would hate to get on the bad side of this seven-foot behemoth.

A cosplayer took on the unenviable task of creating a towering seven-foot Mordekaiser costume—and the finished product is nothing short of extraordinary.

The detailed reproduction of Mordekaiser’s outfit comes from cosplayer Harry McAdam, who “started envisioning” the costume in April 2021, according to the creator’s Instagram. The idea of designing such a cosplay seemed daunting at first. He wanted to build all the signature pieces of Mordekaiser, from the champion’s signature green ghostly glow to the Nightfall mace that has become synonymous with the Master of Metal. Shortly after, he began building the seven-foot behemoth one piece at a time, all starting with the helmet.

McAdam scaled the helmet using a 3D model of his head. He then printed cut-down 2D templates of the helmet, which included special see-through LEDs to create glowing green eyes.

With the head of the costume finished, McAdam moved forward with creating the body of Mordekaiser, which he wanted to be as accurate as possible. Before his seven-foot Mordekaiser costume, McAdams cosplayed as his favorite League champion, Darius. And while he was happy with how the three-month project came out, he wanted to dethrone his first costume.

“The chest was one of the parts of my first cosplay that I was most unhappy with, as it was too flat for a chonky armor piece,” McAdam wrote in his Instagram post.

This desire led to McAdam creating a chest model in Blender and Pepakura, tracing and assembling each minute detail before adding the glowing LED lights. After six grueling weeks of effort, McAdam was ready to continue with the project.

His next steps would hit an even bigger hurdle: the shoulders. “The huge pauldrons on Darius were difficult to make and annoying to fit, and Morde’s are even bigger and an even more cumbersome shape,” McAdam said.

Still, even with the continued difficulties, he eventually created the strong and stable shoulders he was looking for. 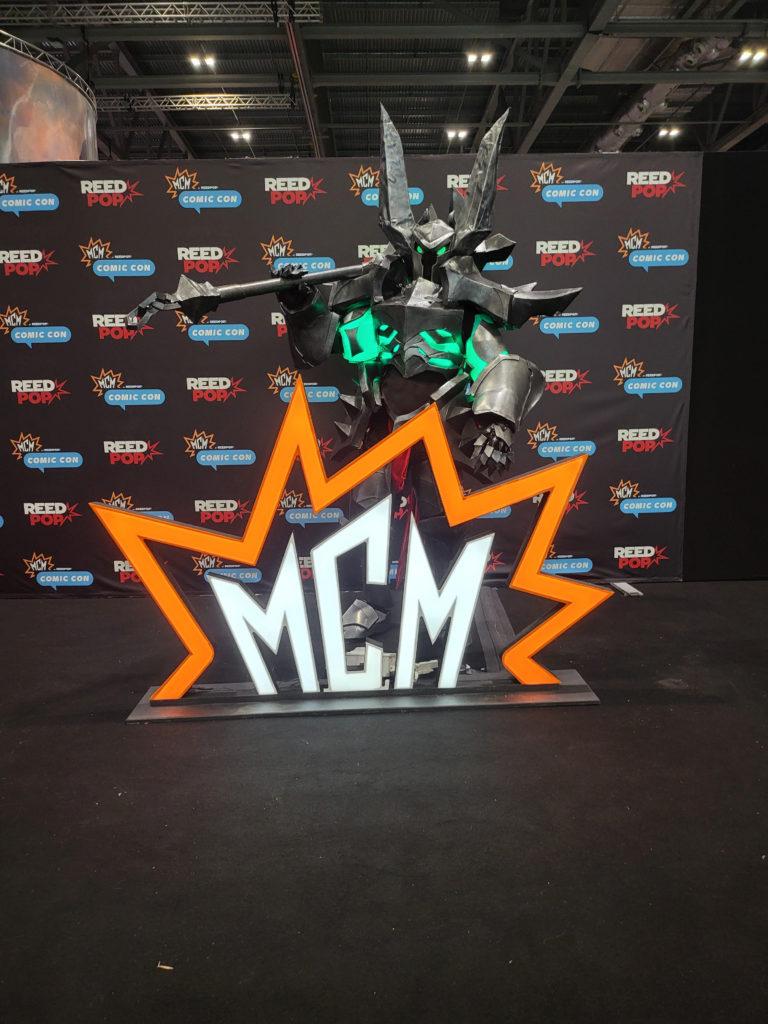 Despite a battle with the chest and shoulders, McAdam had an easier time when he got to other parts of the armor. “The legs were a simple case of create, model, scale model to my size, print model, cut out and form.” McAdams briefly wrote. The arms followed the same principle used to create the legs, but with a little more LED

As for the arms, it was the same principles used to create the legs. Just with a little more LEDs around the biceps to further enhance that ghostly aura to the costume. Miscellaneous pieces were all created, touch-ups were made and months later, McAdams was near the finish line of a grueling project.

Though, instead of saving the best for last, he ended up pushing his most grueling task at the very end: Mordekaiser’s mace.

“The mace was the part I dreaded most, more so than even the shoulder pauldrons,” McAdam explained.

Nightfall, Mordekaiser’s signature mace, was made to be a six-foot mass of unmoderated bulkiness and power. The complicated shapes proved to be McAdam’s greatest challenge, and the worst part of the process was that he had no real-life reference to build off of.

But instead of giving up on the mace, he spent five weeks working on the remaining accessory.

After seven grueling months of nearly nonstop building, and multiple sticks of LED lights, the over 7-foot Mordekaiser costume, with the signature Nightfall mace was finally a finished project.

McAdam took his creation to a test run and charged around MCM London in October 2021, showing off all his hard work at the famed ExCeL London.

Though MCM London concluded on Oct. 24, McAdam only shared his cosplay broadly in January 2022, when he posted his creation to the League subreddit—where he received even more praise.

The seven-and-a-half-foot display was extremely impressive, from the six-foot nightfall mace to the accented green glowing LED lights. Though with such a colossal cosplay, McAdam ran into an unexpected “mortal enemy”: doors.

Tags:  how to 3d print cosplay