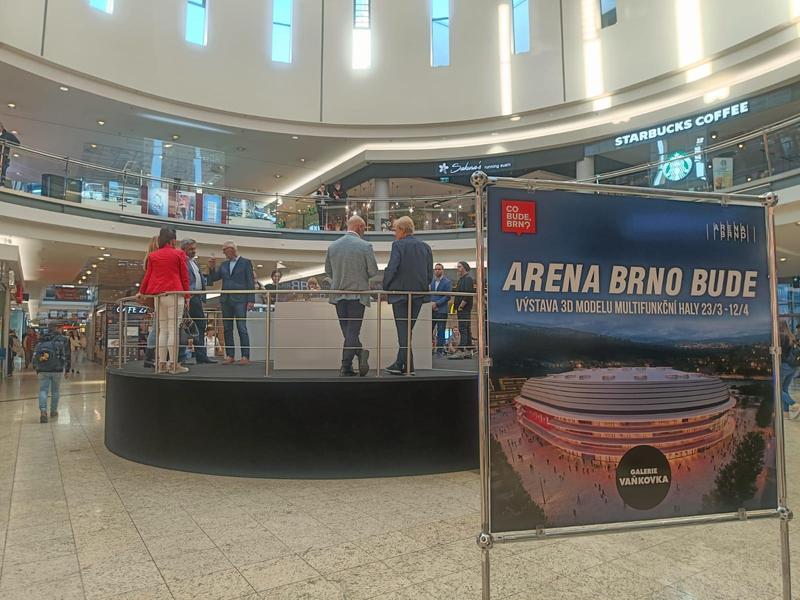 Two models of the Brno Arena multifunctional hall were presented at an opening ceremony on 23 March in the Vaňkovka Gallery in Brno. Photo credit: Sefora S. / Brno Daily

Brno, March 24 (BD) – The exhibition of models of the Brno Arena multifunctional hall, currently under construction at the Brno Exhibition Centre (BVV), was inaugurated on 23 March. The opening speech was given by Brno’s Mayor Markéta Vaňková (ODS), the Chairman of the Board of Directors of the Brno Arena, Petr Kratochvíl (ODS), the architect of the multifunctional hall Karel Tuza, main project manager Luděk Borový, and Tomáš Knop, centre manager of Galerie Vaňkovka Brno.

The first model presents the building in detail, the second one shows how it looks set in the territory. The exhibition also includes panels with information about Brno’s largest strategic project. Photo credit: Sefora S. / Brno Daily 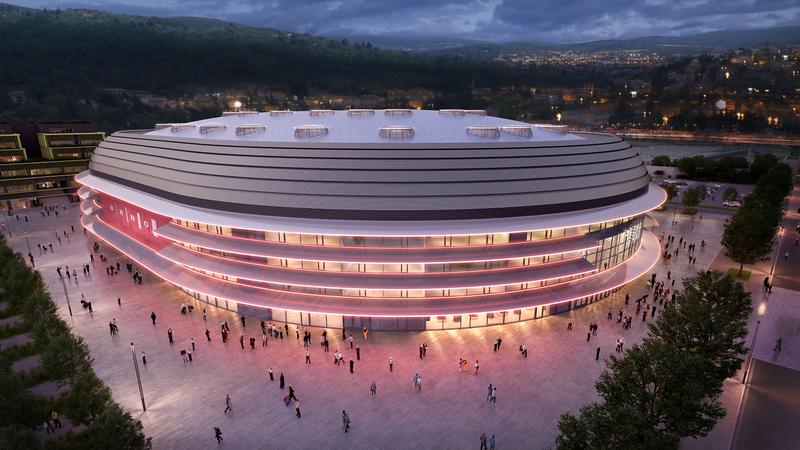 The Archimage workshop produced two models of the multifunctional hall, one in all its details and the other is a hall set in the territory. It will give people passing through the Vaňkovka Gallery a concrete idea of the planned project. Thanks to the use of a so-called resin 3D printer, it was possible to use high-resolution printing down to hundredths of a millimetre. Details such as the grilles of the air-conditioning cover, the set of slats encircling the roof structure, and the columns of the cable car are intricately included. The actual construction of the models is done on a floor-by-floor basis, including columns and partitions.

TrendingFarewell To Paper Šalinakartas! DPMB To Use Electronic Tickets Only From January

The creation of the models took 3.5 months. In total, 12 kilograms of material and almost 4 kilometres of filament (plastic strings for 3D printers) were used. 900 parts were created, which were used to build two models. Five 3D printers worked on their creation. The halls are backlit and equipped with LCD panels which can play video projections. The set of four ledges that encircle the entire hall is also illuminated. The hall with all the details, including the auditorium and the stands on the individual floors, is drawn to a scale of 1:200, while the model of the hall, set in the grounds, is to a scale of 1:300.

The exhibition of models of the multifunctional hall will last until 12 April 2022.

Top stories in your mailbox every morning.