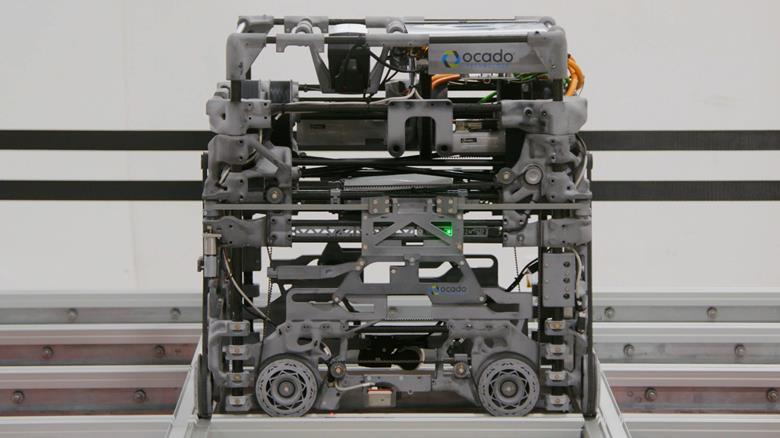 Insiders and analysts predict the 3D printing trends to watch in our latest series of articles focused on the future of 3D printing.

Speaking at the Ocado Re:Imagined virtual event earlier this week, Ocado CEO and founder Tim Steiner unveiled the company’s new 600 Series fulfillment robot, which is set to replace the current 500 Series. The latest design is both lighter and more cost-effective to manufacture than its predecessors, thanks to half of its parts being 3D printed via HP’s MultiJet Fusion (MJF) technology.

Ocado believes that its new approach to robot production will result in significant packaging efficiency improvements, all while slashing day-to-day operating costs.

Over the course of the Covid-19 pandemic, Ocado’s business has been booming, with online grocery deliveries seeing massive growth over the past two years. According to Steiner, this has meant that the firm’s fulfillment centers have been working overtime to maintain rapid deliveries.

To keep up with demand, Ocado has developed what it refers to as the “world’s first virtual distribution center”. The smart platform eliminates the need for an entire network of regional distribution centers, creating a system where smaller fulfilment warehouses share the one virtual center instead. Each of the robot-equipped warehouses holds a small portion of the platform’s stock but they all have access to the entire product range, meaning customers far and wide can order any item they want. 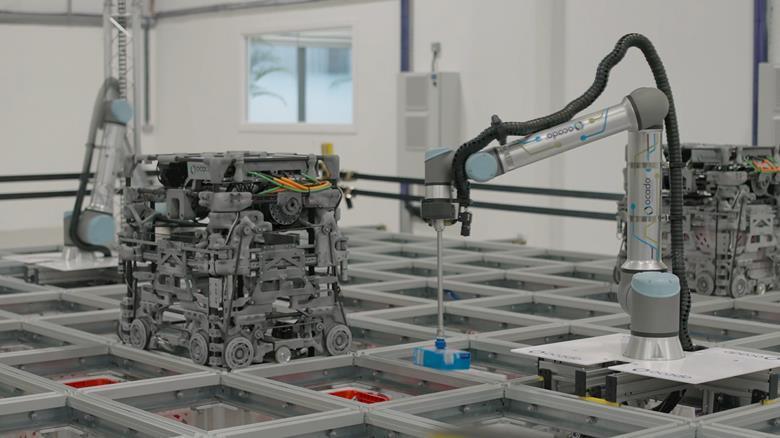 Leveraging machine learning capabilities, Ocada Orbit moves groceries from center to center to ensure there’s enough supply to meet the demand at any given location.

The efficiency of Ocado’s deliveries can largely be attributed to the firm’s hardware innovations. The new 600 Series was designed using topology optimization techniques, making it light but strong and well-suited to additive manufacturing. According to the firm, the latest model is five times lighter than its predecessor and is expected to go live within fulfillment centers in the coming months. Due to the robot’s modularity, the company will also be able to 3D print replacement parts on-demand at its warehouses.

Since the 600 Series is so portable, it gives Ocado the opportunity to build ultra-light grids for the bots to traverse across. These new grids can be built in weeks rather than months and can be installed in a wider range of buildings.

Steiner adds, “The dramatic reduction in material used for our lighter grids not only makes site design easier, but it also allows us to install our new technology into simpler buildings, significantly reducing the timelines and costs associated with the construction of purpose-built facilities.”

Elsewhere, XRobots’ James Bruton, a robotics engineer and 3D printing YouTuber, recently showcased V3 of his 3D printed robotic dog. Dubbed openDog, the open-source project has been running for a couple of years now and is intended as a more accessible, cost-effective alternative to Boston Dynamics’ Spot (which retails at ~$75,000).

Tags:  how to pick a 3d printer