IFIM: Check out how our 3D printed trophies are made! 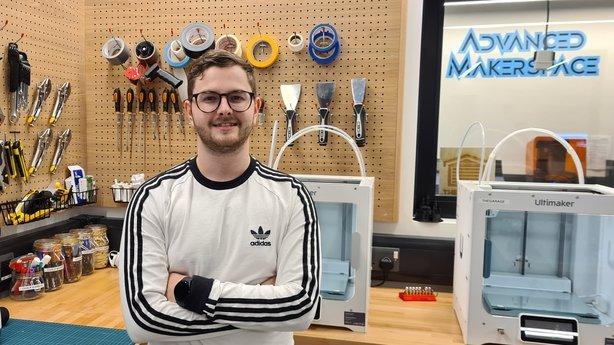 The submissions for the Ireland's Future Is MINE competition are all in!

The winners will take home an awesome 3D printed trophy as well as 30 laptops and a charging trolley for their school.

We went to see how they were made and met Ciaran McCormack. He is the Lab Manager for The Garage in One Microsoft Court, Dublin.

Have a look at the video up top to see the process and read what Ciaran has to say about his job and how he made the trophies!

What is the Garage?

The Microsoft Garage here in Dublin is the first to be opened in Europe. There are Garage sites at Microsoft locations all around the world: Redmond, Vancouver, Bay Area, Atlanta, Reston/DC, New England, New York City, Dublin, Israel, Hyderabad, Bengaluru, and Beijing. The Garage is a safe space for Microsoft employees to come ideate, create, hack, learn, work and experiment on passion projects.

It is also a safe space to fail and learn from that failure. Within the Garage we have a Makerspace and Advanced Makerspace. These spaces are kitted out with a large variety of machines and equipment to inspire creativity. The Garage is a portal to hack culture at Microsoft. We believe hacking is for everyone, technical and non-technical. Everyone has unique skills, experiences, and interests to contribute. 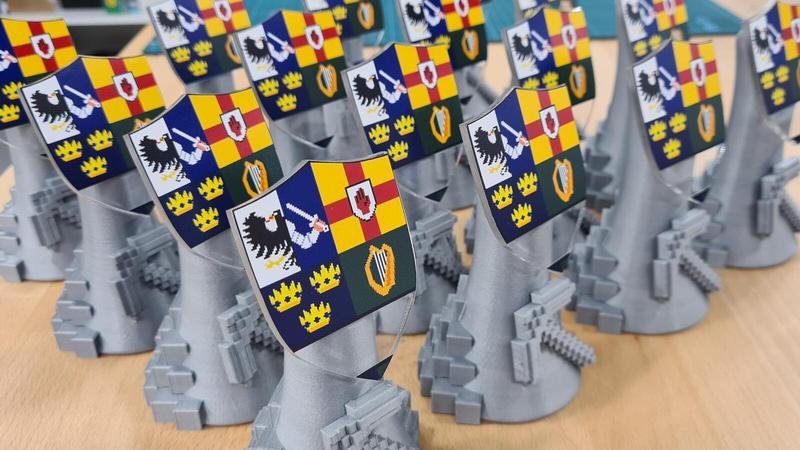 How were the IFIM trophies made there?

The IFIM trophies were created right here in The Garage. They were created using a combination of equipment that we have. We first designed and 3D modelled the trophy. Once we were happy with the design we took our 3D model and began production.

The bases of the trophies was printed on our Ultimaker FDM (Fused Deposition Modelling) 3D Printers using a material known as PLA (Polyactic Acid) which is an everyday plastic. The PLA comes in reels of filament and is loaded into the hot-end of the printer. The material is then melted at around 210 °C and extrudes out of a nozzle onto the glass build plate. The model is then built up in very thin layers of the melted PLA. It could take around four hours to print one whole trophy base.

The plaque of the trophy was laser cut out of clear acrylic sheets on our Universal Laser Cutter. We uploaded our CAD drawing into the laser cutting software, the focused laser beam then moves along a carriage and is directed at the material, which then melts and cuts through the acrylic, leaving an edge with a high-quality surface finish.

The final step of the process was the use of our Roland vinyl printer and cutter. We took the IFIM logo and colour printed it on a vinyl material and is cut on the Roland to fit our trophy. The sticker was then attached to the plaque and the whole trophy was assembled.

What else can we make using 3D printing?

There is various ways of 3D printing such as SLA (Stereolithography), FDM and Polyjet printing, each with their own unique process of material depositing. 3D printing as a process that is mostly used for prototyping an idea or design. It can be a cost effective way to iterate designs without the commitment of machining for the likes of injection moulding.

There is plenty of use cases for 3D printing for areas such architectural modelling, pharmaceuticals, TV and Film, Engineering and many more.

And apart from the trophies check out all the other great prizes you can win here!