How 3D printing is shaping the defence sector 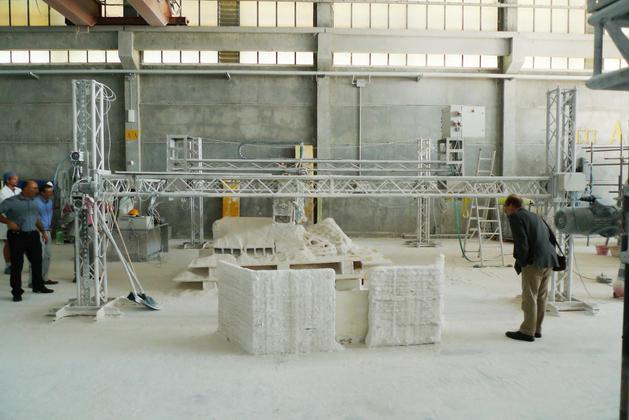 The first 3D-printed office in Dubai took 17 days to print and was installed on site in merely two days. This was evidently faster than the time it typically takes to build standalone structures using traditional construction methods. The 3D-printing technique cut both building and labour costs by 50 per cent compared to conventional buildings of similar size. These savings translate into enhanced productivity, higher economic returns and increased sustainability.

Defence manufacturers have also been quick to adopt 3D printing. While the hardware has existed for years, the evolution of technology has driven its development from concept to reality across many industries in the UAE.

Commonly referred to in the defence sector as additive manufacturing, 3D printing creates an object from a digital design by overlapping thin layers of a particular substance into a precise shape. Each layer can be very complex, meaning 3D printers can create sections designed to move, such as hinges and wheels, as part of the same object. Limitations to the technology, such as restrictions on materials, are also diminishing.

This has prompted several industries to embrace additive manufacturing for everyday operations, including, for example, automotive – making hybrid cars, and healthcare – replacing broken limbs and tissue in the human body. Today, 3D printers are also being used to manufacture aeropace components – to print parts for a prototype of the satellite named MBZ-Sat – and achieve greater precision and finer resolution at higher speeds and lower costs.

Considering that less than a decade ago, a 3D printer could only produce the most rudimentary objects, this is a cause for optimism as to what additive manufacturing will mean for the future of the defence industry. 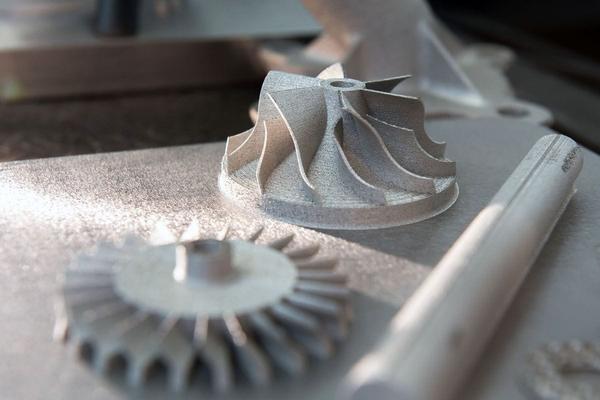 Traditional manufacturing methods include computer numerical control machining, or a computer-aided, high-accuracy manufacturing process. In contrast to 3D printing, CNC machining is a form of subtractive manufacturing, where solid pieces of raw material are carved into a desired shape and size using a controlled material removal process. As the name implies, the subtractive process begins with a block of material, and that material is cut away until the design is achieved. In the case of 3D printing, you start with nothing, and build on the object using only the amount of material required, which results in substantial cost savings.

In the coming years, 3D printing will be fully integrated with traditional manufacturing and will be a mainstream element of most assembly lines. Faster, more robust 3D printers that create consistent high-quality output will power large-scale production on par with traditional techniques. The advantages of 3D printing over other manufacturing technologies are vast and lead to profound changes in the way products are designed and developed.

For equipment manufacturers, 3D printing offers an inexpensive option of producing prototypes of complicated components to ensure they fit into the design before CNC machining. The ability to create prototypes without tooling also allows companies to quickly test multiple configurations in order to determine customer preferences, thereby reducing product risk and the time it takes to place the finished product on the market.

The first prototype is rarely what the product design process ends with. Most products go through an extensive process of testing and re-examination before the designs are finalised. Bearing these constraints in mind, 3D printing is the most effective way to speed up this process. The stages of testing, changing and refining a design could otherwise take weeks, or even months, under a more traditional prototyping model. Now it can be reduced to a matter of days.

While you're here3D printing can one day solve our supply chain woesAmputee horse rider gets first 3D-printed prosthetic leg in UAEWhat's inside Dubai's Museum of the Future?

Thus, 3D printing is at the core of our on-demand, highly customised economy, changing the way we approach design, inventory and logistics. In a combat zone without existing parts inventory, replacement parts can be manufactured on site in near-real time. Manufacturers can deliver weapons systems faster while simultaneously improving design.

Fleets of drones or unmanned aerial vehicles can extend their range and payload capabilities while their obsolescent parts are re-engineered, printed and returned to combat in a matter of days or even hours. But let’s think bigger: 3D printers will also add versatility in other ways. They will be able to print one object containing multiple materials – including metal, ceramics, concrete and plastics, on the same machine, even – paving the way for a much wider field of use.

There are several companies that focus on using 3D printing as the sole method of production. It is hard to predict just how big an impact 3D printing will have in the long run. In simple terms, this is a technology that has the potential to change the way we look at making a product. Clearly, additive manufacturing has the potential to revolutionise not only defence but all industries.