He made a gun using a 3D printer, then he accidentally shot himself 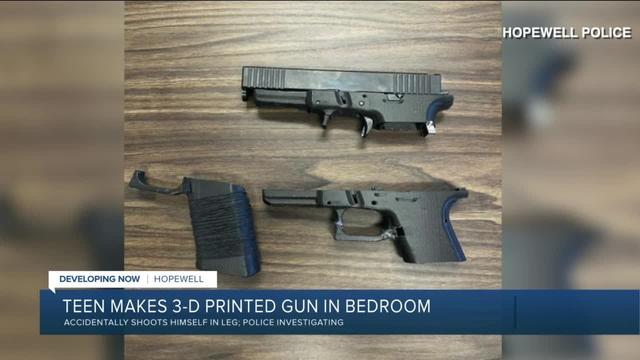 HOPEWELL, Va. -- A teenager who made a gun with the 3D printer in his bedroom and then accidentally shot himself may be charged with a crime, according to Hopewell Police.

The 16-year-old high school student suffered a simple graze wound to his leg. But the circumstances that led to the injury inside his Grant Street home last Saturday night were anything but simple.

"When officers arrived on the scene, they found it to be a little bit more complicated than normal," Hopewell Police Lt. Cheyenne Casale said.

The gun, according to police, came in two parts.

"It looked like he had taken, either spare parts or replacement parts and kind of manufactured them together to build the top part of the firearm," Casale said. 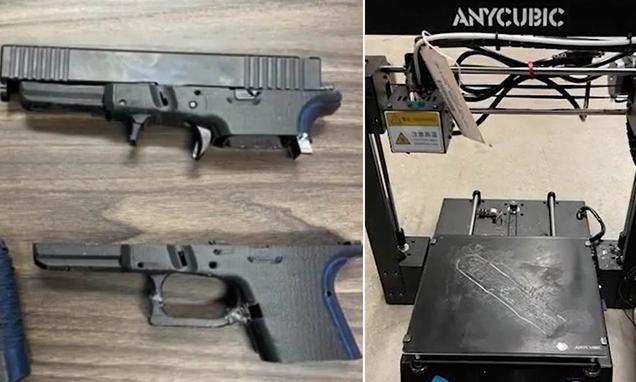 The top part included the slide, the barrel, and the firing pin mechanism, according to police.

The teen combined those parts with a handle and trigger mechanism he created using a 3D printer, police said.

"In his words, the gun just went off while he was in the middle of doing it," Casale said. "[He's] very lucky that he didn't sustain a more severe wound."

Both Hopewell Police and the ATF are now investigating how the teen acquired the gun parts and ammunition.

"We're trying to figure out if maybe someone else prodded him to maybe, either at school or outside of school, to make a firearm," Casale said.

The Hopewell Police Department is requesting anyone who may have information to contact Lead Detective Ryan Fitzsimons of the Hopewell Street Crimes Unit at (804) 541-2284.

Those who have information on this crime and wish to remain anonymous can contact the Hopewell Prince George Crime Solvers hotline in Hopewell at (804) 541-2202 or provide their tip using the P3tips mobile app.

This is a developing story, so anyone with more information can email newstips@wtvr.com to send a tip.

Tags:  how to 3d print a glock