Ford’s New Javier Robot Can Operate a 3D Printer to Make Car Parts All by Itself! 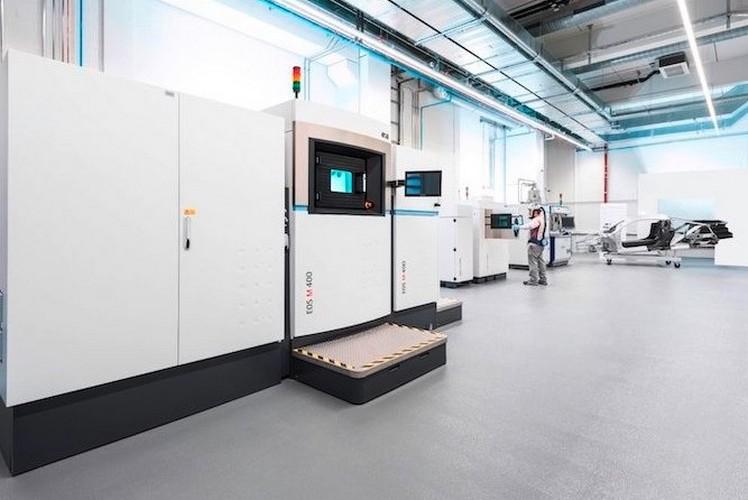 The robotics sector has seen strides of development in the recent past, with companies like Boston Dynamics making advanced commercial robots like Spot that can perform help perform daily tasks. And if you don’t know already, one of the major sectors that have used robots to boost production and reduce human efforts is the automobile industry. Back in 2020, we saw Ford deploy Boston Dynamics’ Spot to scan its manufacturing facility. Now, the automaker has a robot to operate a 3D printer all by itself. Here are the details.

Ford has developed a special interface that allows machines from different suppliers to interact with each other and help in the production process.

The company has deployed a KUKA-built, wheeled robot, dubbed “Javier,” in its Advanced Manufacturing Center that can operate a 3D printer to produce small custom car components all by itself. This is the first time that a robot is able to interact with a Carbon 3D printer. It can both operate and use the 3D printer for printing car components without the need for human interference.

So far, Ford has used Javier’s ability to produce low-volume, custom car components like the brake line bracket for the Mustang Shelby GT500. However, it is worth mentioning that human operators still need to upload the print designs onto the 3D printer for the robot to print and maintain them.

Once the print designs are uploaded, Javier communicates with the 3D printer and runs the necessary operations to print the uploaded designs. The robot and the printer can run all through the night, even when human employees leave the manufacturing facility. Once the designs are printed, Javier keeps them aside for Ford employees to collect them later.

Ford, in a statement, said, “At Ford’s Advanced Manufacturing Center, Javier is tasked with operating the 3D printers completely on his own,” Ford mentioned in a statement. “He is always on time, very precise in his movements, and he works most of the day – taking only a short break to charge up.”

The company reveals that Javier can also learn from the printer data and improve its performance over time to deliver more accurate results and reduce the margin of errors.

VIATechcrunchTAGSFordrobotsLeave a comment
Tags:  can you 3d print car parts