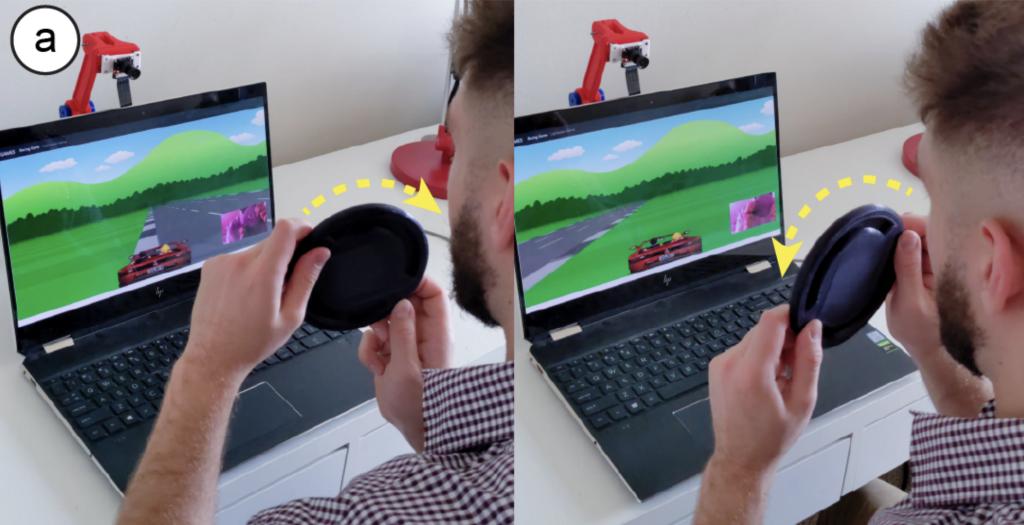 By designing parts with built-in gaps, patterned into QR codes, then 3D printing them from infrared (IR)-emitting filament, the team found they were able to create objects capable of AR device interfacing. In doing so, the engineers say that it’s possible to track the movement of these items, and even use them as controllers, potentially allowing makers to 3D print their own gaming inputs at home.

Now being used to facilitate everything from the metaverse to surgical training simulators, AR technologies are beginning to well and truly enter the mainstream. Given that 3D printing is also an advanced technology, often heralded as disruptive to traditional approaches, it’s hardly surprising that researchers have started to experiment with combining the two, in an attempt to explore their potential.

However, while a number of approaches have been developed with a view to achieving this, the MIT-Facebook team say that limitations continue to prevent their wider adoption. With regards to the AirCode and InfraStructs processes of doing so that were introduced in 2017, for instance, the researchers label them a qualified success, as they function but at the cost of complex, inaccessible hardware setups.

To address these issues, the engineers suggest that objects be 3D printed with air gaps from IR filament that can be scanned using a low-cost camera. While they acknowledge that this was trialed as part of the LayerCode project in 2019, this saw resin soaked in IR dye prior to production and deposited via a pricey modified printer, thus the team has built their research around off-the-shelf materials.

“[In our method] the main geometry of the object is 3D printed using IR filament, while the tag itself is created by leaving air gaps,” explain the team in their paper. “Because the main geometry is semi-transparent in the IR region, the near-infrared camera can see through it and capture the air gaps, i.e. the marker, which shows up at a different intensity.”

In order to bring their vision of accessible AR-integrated printing to life, the researchers initially embedded a tag into an object with an everyday FDM system using IR-emitting PLA. While this resulted in a readable code, the team later found that by mixing their material with a regular PLA, they were able to improve the contrast between gapped and filled areas, resulting in much clearer markers.

Having optimized their 3D printing approach, the engineers then turned their attention to the interfacing of any resulting QR codes with digital devices. Although insisting that their tags can be read via the IR cameras of many smartphones, the team acknowledge that this can be a premium feature, so to ensure their method is accessible, they’ve also developed a custom imaging module and app. 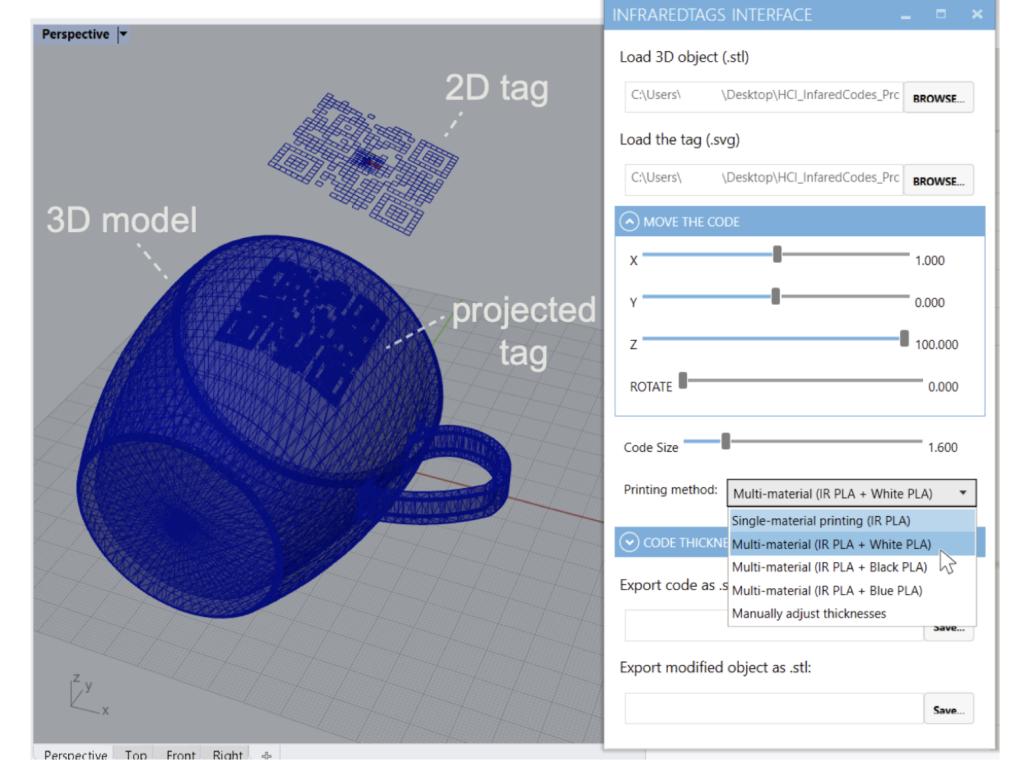 Composed of an IR camera and visible light cut-off filter, as well as two IR LEDs to illuminate objects when dark, fitted to a TPU 3D printed case, the researchers’ adapter is said to work with any modern mobile. What’s more, durage usage this add-on shows users what they can see rather than providing them with an IR feed, allowing more information to be overlaid on top when used within AR applications.

As a field test for their well-named ‘InfraredTag’ approach, the team deployed it to 3D print a wheel with embedded fiducial markers, which allowed its movements to be tracked and used as a game steering input. In future, the team suggest that objects like this could therefore be ideal for use with IR-equipped AR headsets such as Microsoft’s HoloLens 2, while being well-suited to data-sharing as well.

“Spatially embedding metadata or documentation information within the object itself can provide richer contextualization and allow information sharing,” conclude the team. “For example, we can embed the object’s fabrication/origin link (e.g. a shortened Thingiverse URL) as an InfraredTag for users to look up, in case they would like to get more information from its creator or 3D print it themselves.”

Even though experiments combining 3D printing and AR remain at an early stage, the latter is increasingly capturing the imagination of the additive manufacturing industry, with the issue polling highly in our recent future of 3D printing survey.

In the past, integrating watermarks into 3D printed parts has raised concern among researchers at the University of Exeter and Durham University, who describe it as a “growing threat” to people’s privacy. However, Sharon Flank, CEO of InfraTrac, has since poured cold water on these claims, saying that she doesn’t see tracking 3D printable design files as “one of the big dangers” facing manufacturers.

Meta itself has also poured a considerable amount of effort into investigating the potential of additive manufactured game controllers, having previously created 3D printed AR gloves. Also developed by the firm’s Reality Labs team alongside researchers from Cornell University, it was thought when they were revealed, that these haptic feedback-enabled wearables could be built for the Oculus Rift.

Elsewhere in the industry, Luxexcel has partnered with waveguide manufacturer WaveOptics as well, to 3D print smart glasses with AR functionality. The companies’ lens modules are designed to be used for both vision correction and AR interfacing while retaining a regular form factor, effectively enabling them to be integrated into conventional eyewear frames.

Tags:  how to filter 3d printer