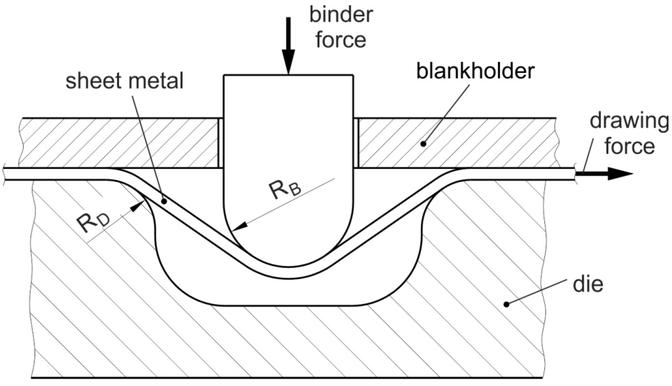 Figure 1. This experimental draw bead tool was used in the research.

In recent years automotive components increasingly have been produced from aluminum alloys and advanced and ultrahigh-strength steels for their excellent structural performance and reduced weight. However, these materials can have more constrained formability than commonly used mild steels.

When automotive stampers design sheet metal drawing processes, they must have accurate information on the distribution of restraining forces, typically provided by a series of draw beads located along the die cavity perimeter. Draw beads have become the most efficient method to provide restraining forces to draw complex-shape components from sheet material without wrinkles and splits.

According to experimental data from H. Nine, the clamping force is about 80% to 90% of the restraining force with fixed beads. With a flat binder, when restraining force is created by friction only, the binder force needs to be five to seven times larger depending on coefficient of friction (COF). Without draw beads, a larger press size is required to provide sufficient restraining force.

The draw bead simulator used in this experimental study was constructed around the idea of a sheet metal draw die: The sheet metal flows in between the male and female portions of the draw bead with some clearance, allowing sheet metal to flow outside the bead area (seeFigure 1). For this study, the radii on both male and female beads were 4 mm; widths were 9 mm and 13 mm, respectively. The clearance was adjusted by the equalizer blocks, which included a set of calibrated shims separating the flanges of the tool. The hydraulic cylinder held the portions of the simulator clamped to each other. The draw bead simulator was built on a rigid die shoe system (seeFigure 2). Clamping force was 34.2 kN. 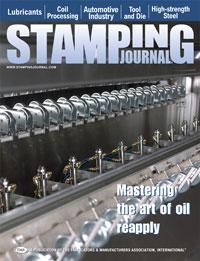 Using the simulation software, the researchers developed a numerical model of sheet material flow through the draw bead. A comparison of numerical and experimental results showed that the simulation model, when calibrated, could be used to direct the tryout process of connecting draw bead geometry with splitting, wrinkling, and springback.

Material deformation in the draw beads was simulated in two steps:

In the model, after the strip was formed by the draw bead in step 1, the same draw bead moved horizontally to the left in step 2 while the sheet was restricted from one side. The results of in-plane force were used to evaluate the corresponding restraining force on the constrained side of the strip.

Results of Experiment and Numerical Simulation

The experimental study was carried out with an adjustable draw bead insert; the advancement of the male bead and the clearance between the flanges of the male and female portions of the tool could be independently changed. The male bead was fabricated as a separate insert with position adjusted by the first set of shims; the gap between the flanges of the draw bead inserts was adjusted by the second set of shims acting with equalizer blocks.

The numerical simulation with the software was targeted to define the COF that correlates the numerical restraining force to its experimental value. Results indicated that 0.14 provides the best correlation for all depths of penetration.Figure 3shows the experimental and simulation results with different bead penetrations from 1 mm to 10 mm.

Contact pressure varied in different locations of the draw bead surface. The positive and negative peaks shown inFigure 4indicate whether the pressure is applied to the female bead or the male bead. Pressure distribution depends on bead geometry and therefore is not uniform.

A simple set of tests performed with the draw bead tool can serve as a transition between the line bead simulation selecting the necessary restraining force and the design of the die.

These experimental and numerical studies illustrate a simple way to define the COF for small-radii areas of a stamping die with significant friction.

Tags:  how to use feeler gauge 3d printer