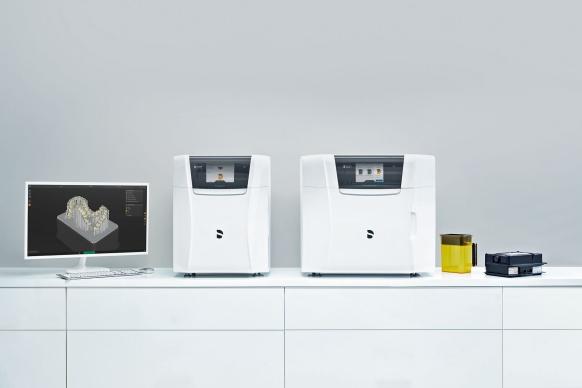 Powered by a 385nm light engine, the newly-unveiled printer is designed to enable dentists to produce accurate models, guides, provisionals or splints as simply as possible. With this in mind, the firm has built the machine with Google Cloud integration, so that adopters can digitize their workflow in a user-friendly way, while accessing high-quality 3D dental visualizations as and when they need to.

“Today, we embark into a new digital universe, created by Dentsply Sirona and powered by Google Cloud,” said Dentsply Sirona CEO Don Casey. “Together with Google Cloud, we will make it easier for dentists to evolve their digital practice or make the first move into digital dentistry. Additionally, with Primeprint, we are building upon our integrated end-to-end workflow offerings for dental practices and labs.”

Founded as separate ‘Dentsply’ and ‘Sirona’ entities in the US and Germany respectively, Dentsply Sirona came together following a merger in 2016. This amalgamation created one of the largest dental manufacturers in the world, which now has approximately 16,000 employees, that operate in over 40 and sell in more than 120 countries around the globe.

Born from two companies committed to dental digitization, Dentsply Sirona continues to market a broad range of products in this area. For instance, the firm doesn’t just offer the orthodontic tools and implants needed to carry out procedures, but a full chairside production suite, including its CEREC Primescan scanning system, milling machine and accompanying dental modeling software.

In the past, Dentsply Sirona has also dabbled in additive manufacturing via its Lucitone Digital Print Denture offering. Essentially a 3D printing workflow in which Carbon systems are used to create dental bridges from the company’s range of proprietary resins, the technology is said to allow users to produce up to eight denture arches every two hours.

Having come up with its own materials, denture bonding system, 3D teeth and arch curing machine as part of the initiative, it has now put this expertise to good use, by launching a new 3D printer and post-processing unit under the Primeprint brand. 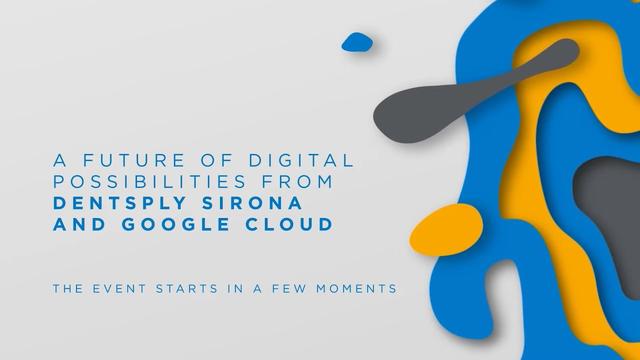 Programmed to automate many of the dental part design steps so that users don’t need to be experts to use it, the software is capable of auto-selecting the correct resin for a given job. In the same vein, the program also features a ‘fast-forward’ button, which auto-fills a number of parameters and fast-tracks the production process, so that dentists can skip through this phase in two minutes or less.

In the second step of Dentsply Sirona’s walkthrough, it showed how Primeprint resins are pre-packaged in color-coded cartridges, making them easy to install and difficult to confuse for newcomers. Once loaded, the firm says its system is capable of rapidly using these materials to create dental products with a high degree of accuracy, although it hasn’t specified what this means in terms of detail level.

Finally, the process’ third and fourth steps involved moving unfinished parts in a ‘PP-Box’ to the Primeprint PPU machine for post-processing. Inside the system, products undergo two washing cycles, air-drying and additional light curing, before coming out safe-to-handle, requiring only the removal of supports and a polish before entering end-usage.

Alongside the Primeprint and PPU launches, Dentsply Sirona also unveiled its Google Cloud partnership. While the company revealed little about how this collaboration would practically benefit the adopters of its new systems, it did allude to the software’s integration enabling the seamless, secure sharing of files and the unlocking of high-res 3D model visualization.

Moving forwards, the company has teased that its new 3D printing portfolio is set for release in May 2022, and it has committed to providing more detail about the capabilities of its machines over the “coming weeks and months.”

To coincide with the release of its new products, Dentsply Sirona has scheduled a Primeprint online launch event as well, for which those interested can now register.

Dentsply Sirona’s decision to enter the dental 3D printer manufacturing space will see it fight for a share of an increasingly crowded market with a number of established competitors. The likes of Formlabs, for example, have been marketing dental products for some time now, and just last month it launched a partnership with Medit, through which it aims to enable accessible chairside dental 3D printing.

Desktop Health also broadened its dental portfolio in February with the launch of its new DLP Einstein 3D printers. Available in entry-level, ‘Pro’ and ‘Pro XL’ iterations, the systems are said to be powered by ‘HyperPrint’ technology,a process that effectively provides them with a build speed boost of up to 50% compared to the Envision One platform.

Prodways, meanwhile, is attracting a growing number of practitioners with its offering, and revealed in December 2021 that it would be taking part in its largest-ever dental 3D printing project. Though the firm hasn’t disclosed the exact identity of its client, it has revealed that the deal has seen it sell eight MOVINGLight machines, and this figure could rise to as high as twenty by mid-2023.

Tags:  how to make models for 3d printer